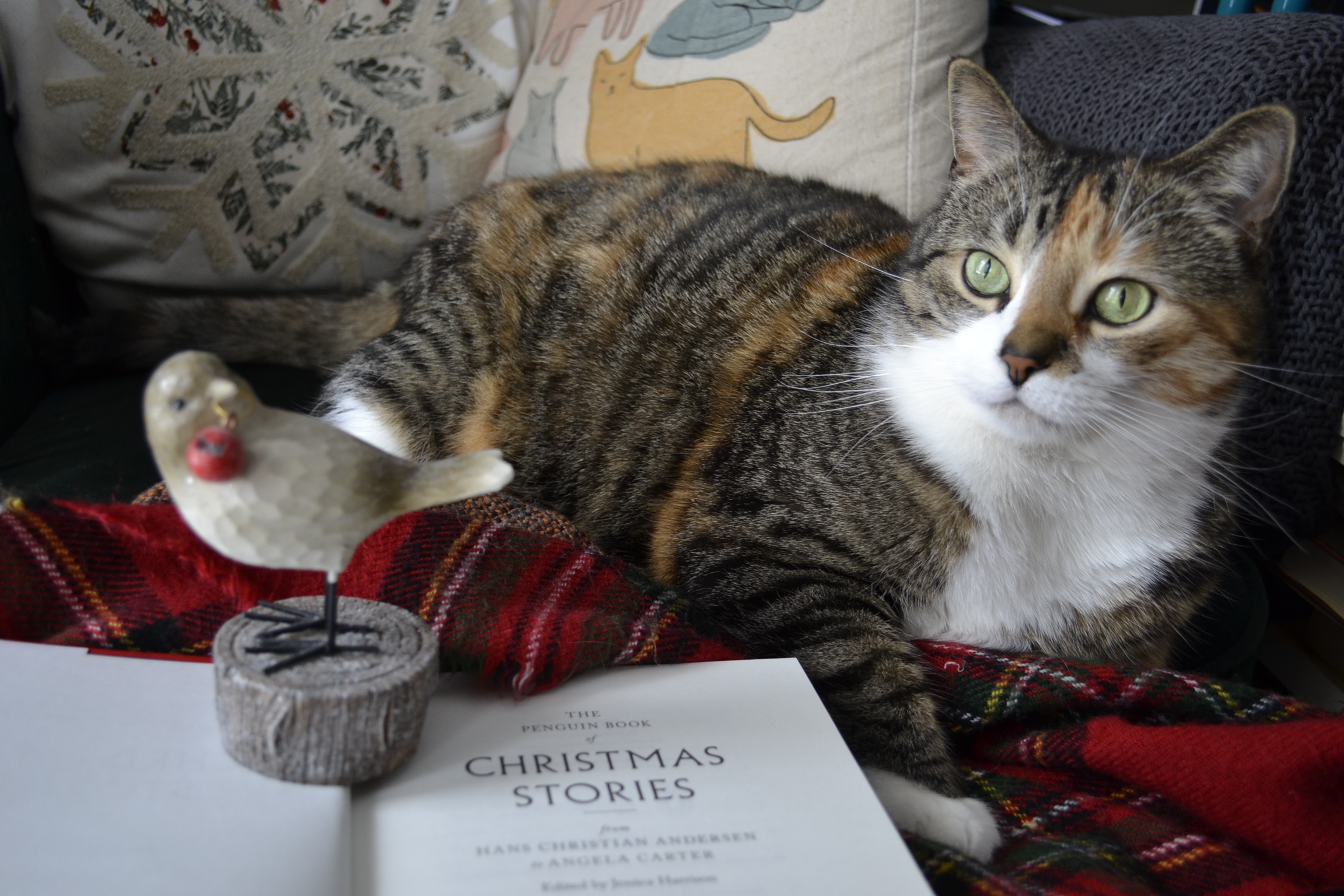 So, Christmas has just ended and now it’s the great in-between time between Christmas and New Year’s. I have a lot of books to add to my library and a lot of reading I want to do. Myself and my lovely spouse are looking ahead to goals and projects for next year, hoping that it will be the one where we finally learn how the perfect the work-life balance we need. However, it’s still mostly the holiday season and we’re still watching Christmas movies and specials and playing altogether way too many video games.

I love Christmas, but this particular week also holds a special place in my heart because it’s full of so much hope and excitement for the future. There was a time when the future seemed hopeless and distant. Very far away. So it makes these days seem more magical and even more special, because I don’t feel that way any longer.

I don’t know what next year will bring, but I know that there will be a lot of books and that my lovely spouse will be there to face any challenges alongside me.

The Penguin Book of Christmas Stories sticks to a formula that’s pretty hard to get wrong. They take a theme and collect a bunch of stories from classic authors to compose an anthology. There are stories that you’ve probably heard of such as Dylan Thomas’ ‘A Child’s Christmas in Wales’, and Truman Capote’s ‘A Christmas Memory’. There are also stories that are less familiar such as Shirley Jackson’s ‘A Visit to the Bank’, which I really enjoyed. The stories are mostly quite short and they offer a delightful array of statements about the holiday season, what constitutes Christmas spirit, and the drama of family gatherings and parties.

The collection covers so many aspects of Christmas that it feels like a complete festive feast with dessert, and though it took a big longer to read than The Ultimate Christmas Cracker, I got the same feeling of wanting to read it all in one sitting because I was enjoying it so much.

Not The Typical Collection

I will warn that there is a reason that I decided to discuss this collection after Christmas instead of before it. Though there are some stories that are funny or warm in tone, the majority of this collection explores darker themes. That doesn’t mean that the stories aren’t incredibly good, but it does mean that they can put a bit of a damper on a festive mood if you’re trying to preserve one. All the same, it was refreshing to have a Christmas story collection that was willing to explore the negative aspects of the holiday season.

For example, I admired Frank O’ Connor’s offering, ‘Christmas Morning’, but it centres around the end of childhood and belief in Santa Claus as the narrator realizes what is really going on with his own family and sees his parents for what they truly are. It’s a powerful story that I’ll remember forever, but at the same time, it’s a painful one and could be difficult to read right before the holidays.

A Comparison to the British Library Collections

I think the obvious comp titles for The Penguin Book of Christmas are the holiday collections from the British Library’s Tales of the Weird series – Spirits of the Season and Chill Tidings. The main difference is the obvious one. The later collections are composed of spooky stories that do have various tones, but have the common spookiness thread to tie them all together. Penguin relies on Christmas alone to tie together the stories, but sometimes that can feel like a bit of a thin connector. The tones are a bit more disparate and the subjects are a bit more varied.

The Penguin Book of Christmas Stories is also missing the formatting of the British Library. There are extensive notes on each author at the back of the book, but I wish they had made that information a bit more bite-sized and placed them at the front of each story. I think the context would have been as helpful as it always is, and also it would have given the reader a chance to breathe and re-focus before the next story. That could really be an asset in a book like this one.

I can’t believe that 2021 is over! It’s been a difficult year in a lot of ways, but I’ve been fortunate enough to have a lot of happy moments too.

I’m not sure what I’m going to kick off the new year with in terms of blog posts, but I’ve got lots of books to choose from and I’m excited to spend the last few days of holidays organizing my library. I think shelving might have started to become a priority on the house improvement list for 2022!

I’ll close by wishing everyone a very Happy New Year and all the best in 2022!