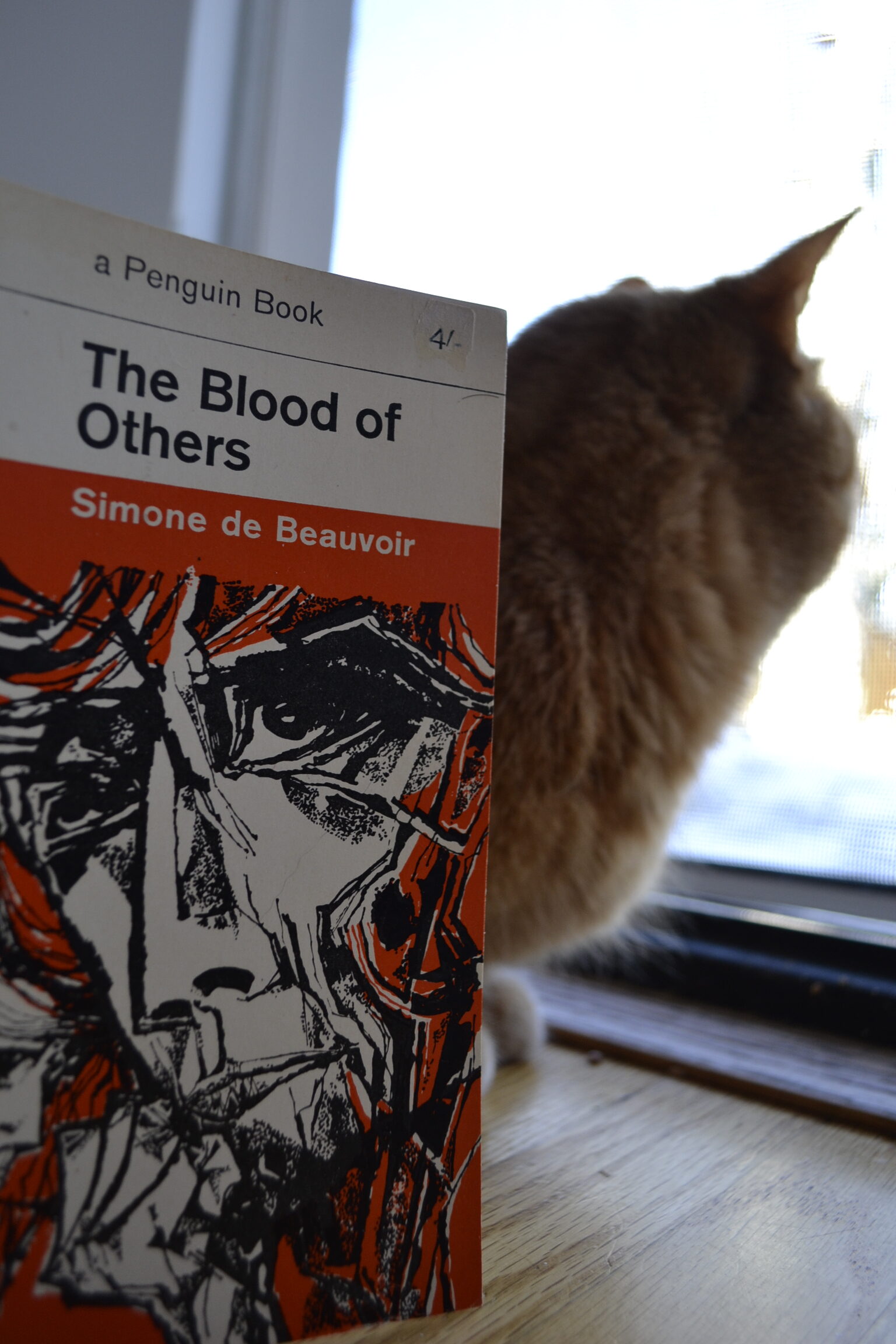 Well, It Was Spring for a Few Minutes

I love winter and usually I don’t mind spring — as long as it’s not too damp — but March is something else. March in Canada is always a surprise and a bit of a rollercoaster and this year it’s no different. For three days we had warm weather, snow melting, and the first of the greenery. And then today? A snow storm, and a bad one at that. Visibility is low and all of the birds have flown away from the feeders and back to their nests to wait it out. I’m just glad I have a warm nest of my own as well.

However, even the bleak weather can’t quell my excitement at the approaching theatre season which we just purchased tickets for and the plans we’re making for the warmer months. Sometimes my anxiety can latch onto future plans, and turn them into an ordeal of worrying or feeling like everything I want to do is out of reach or headed for disaster. It’s important to remind myself that it’s a feeling and not a reality. To live in the moment and enjoy the rewards of looking forwards to moments with my lovely spouse.

More Than a Love Story

I’ve seen summaries of The Blood of Others (Le Sang des autres) that fail to do the novel justice and put forward the suggestion that this a narrative that is mainly concerned with the relationship between Jean Blomart and Hélène (who has no last name). Looking at this book through the lens of the romance is really doing it a disservice when de Beauvoir has put so much effort and skill into building the concept of what it means to exist and what it takes to give meaning to existence. And that’s just the tip of the iceberg. There’s a of complexity here and a lot of layers for the reader to examine and think about as they unfold.

De Beauvoir uses the romantic plot well to serve as a contrast point between two characters and to make a statement about selfishness and deceit, but it’s not the strongest part of the novel. I found myself wanting to hear less from Hélène as her transformation seemed at once too pat and not much of a transformation at all when it really came down to it. She changes on the surface but only when events take a turn that directly affect her. Instead, it is Blomart’s plot that contains the most depth and the more profound expression of the concept de Beauvoir is striving for.

Pondering the Penalties of Existence

Jean Blomart is a deeply conflicted man. Born a member of the bourgeois class, he rapidly realises the injustice all around him and determines to work for the poor and reject all advantages that came with his abandoned station. But though Blomart tries to escape his class, he cannot escape the fact that he was born and that his existence and decisions have an impact on those around him — and the world in general. Blomart struggles to align himself politically in a way that does the least harm to others and avoids any action that affects the actions of any other individual. He rapidly discovers that it is impossible to live in a way that doesn’t impact the people around him — for good or for ill.

I think it’s obvious by this discussion alone that this is an incredibly complex concept to even touch on, let alone explore in depth, but de Beauvoir does just that in a way that is accessible to the reader and tied to the driving plot. If you’re interested in the mechanics of building conceptual narratives into concrete storylines, this novel is definitely a must-read.

De Beauvoir uses the contrast between Blomart and Hélène to illustrate the burdens of responsibility with selfishness. While Blomart is constantly thinking of others, Hélène is constantly thinking of herself. Even her love of Blomart is ultimately selfish and, when it dissolves, she handles her emotions selfishly. She ponders existence but only as it relates to herself and what she wants.

Hélène’s behaviours and thoughts begin to change as Germany defeats and occupies France. She begins to contemplate sacrifice and what the war’s effect will be on her Jewish friend. This transformation is a bit hard to bear considering that right before it she was seeing a German officer and contemplating a move to Berlin. De Beauvoir is trying to posit Hélène as a sense of lost potential and in a way it’s successful because Hélène knows and can carry through good acts, but seldom does, and when she begins to do more of them her life shortly ends.

On the other hand, compared to the rest of the novel, I found the ending too simple. Too easy. Not quite believable or as moving as the rest of the narrative. It’s a shame because I did like the book as a whole, but the last thirty pages did not seem to be consistent with the first two hundred.

As a last parting note, I will praise de Beauvoir for her tight and innovative structure. The novel unfolds in alternating narration as well as a retrospective that rushes to meet the present moment — which is Hélène’s final moments. It’s an incredibly modern form considering the book was written approximately seventy-five years ago.

As much as I can’t see the back fence from the sitting room right now purely due to the blowing snow, I’m listening to my lovely spouse make soup and taking in every moment of what will likely be this winter’s last snowstorm. The cats are looking outside too, probably happy that they aren’t out there cold in the snow — though Bandersnatch managed to leap out into a melting snowbank last week from the back door.

She’s a weird one. That’s for sure.