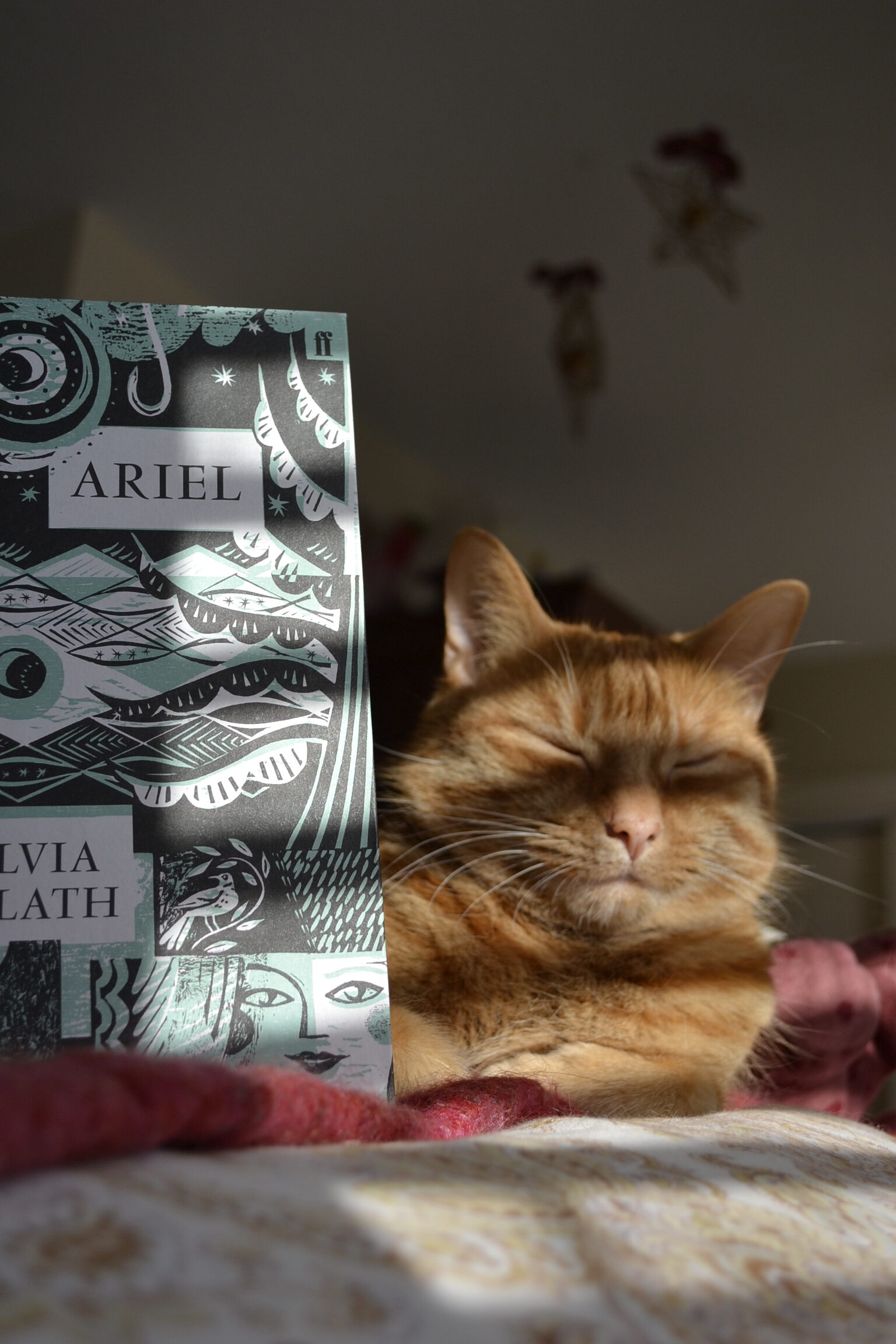 March is always a month I look forward to, oddly enough. The weather is hard to handle, and the cats have entered their first month of shedding (which means I always feel like I’m wearing some kind of kitty angora), but it’s also 31 Days of Oscars on TCM. We don’t watch every film, but we watch a lot of films we might have skipped before and some we’ve never heard of. I learn a lot about film every March, and more importantly I have an excuse to just spend time with my lovely spouse as we watch movies, talk about movies, and then proceed to have long literary discussions about what we’re reading.

And it’s moments like those when I think about how much I love words and how much I love art and how grateful I am to work in the arts. I can’t imagine life without music, film, and literature and how much we immerse ourselves in it. March is one of the times when we celebrate how much the arts means to us and so, it will always be special to me.

I don’t often read poetry, but I do make the rare exception for poets that I have read about extensively and usually have read other non-poetry work from. I actually reviewed Sylvia Plath’s novel The Bell Jar last year, so when I saw Ariel I thought I would give it a try. I wasn’t disappointed. Plath’s lyrical prose made it obvious that her poetry would be just as lyrical, and she excels at using language and a sparsity of words to express powerful concepts and themes. Not only that but she has a talent for creating an atmosphere in a line.

I can admit that I find poetry intimidating at times. The best advice I can give another primarily prose reader is to take your time. Yes, the book might be 80 pages, but don’t rush through it. It’s important to give the words time to breath and the passages time to move you. Don’t read poems in a chain without stopping. Instead, read each poem, think about it, re-read it, and then move on to the next one in the collection. Poetry requires more time per word than prose.

The Power of Words

Several of Plath’s poems in this collection stood out, specifically ‘The Applicant’, ‘Cut’, and ‘A Birthday Present’.

In ‘The Applicant’, Plath starts with language that is designed to conjure a job application, but soon it becomes obvious that she is describing a woman applying to be marriageable and meet the definition of a ‘good wife’. The way the poem turns and the crescendo of de-humanizing language applied to women leaves the reader agape at how women are seen by society and its assessment of a woman’s worth at this point in history.

With ‘Cut’, Plath takes an everyday occurrence — cutting oneself on a knife — and expands it into a meditation on bloodshed and conflict, colonization, and racism. She does all this in the barest few words, instead relying on the reader to feel the cut and to see the blood as it wells in order to subsequently elaborate the personal pain to pain that affects whole populations of people and that we should still feel as acutely.

‘A Birthday Present’ explores themes of illness and aging. It also discusses birthdays as first being occasions to mark growth but then slowly becoming occasions to mark passages of time before finally transforming into events that designate a proximity to illness and eventual death. The poem is a dark one, but it is written with a resonant tone of mourning and resignation that makes one circle around to it repeatedly as an expression of a cycle that is inescapable yet imbued with a certain beauty nonetheless.

I think it’s only appropriate to warn that these poems explore dark themes such as illness, death, and suicide as well as racism, sexism, and fascism. Plath does not mince words and she doesn’t restrain herself or her language. The content of Ariel may not be for everyone, especially readers who are triggered by this kind of subject matter.

If you know how Plath died, this collection becomes almost more disturbing because it seems to heavily foreshadow the end she eventually met. It was published posthumously, two years after her suicide.

Warm Evenings in the Sitting Room

Spring is slowly creeping up and making its mark on the cold weather, but that doesn’t matter because a lot of movie nights mean nights in front of the fireplace — no matter how warm it is outside.

Every movie night is a bit different. Sometimes we have popcorn, and sometimes we have fancy imported gummy bears. Sometimes we decide to keep the snacks light and just have berries. I still remember when Lucy used to come up to the sofa and bump our toes to demand a berry from the bowl for her too. Now, we have Rusalka, who will not rest until she’s snuggled up in the blanket between us. I suppose the cats must like movie nights just as much as we do!