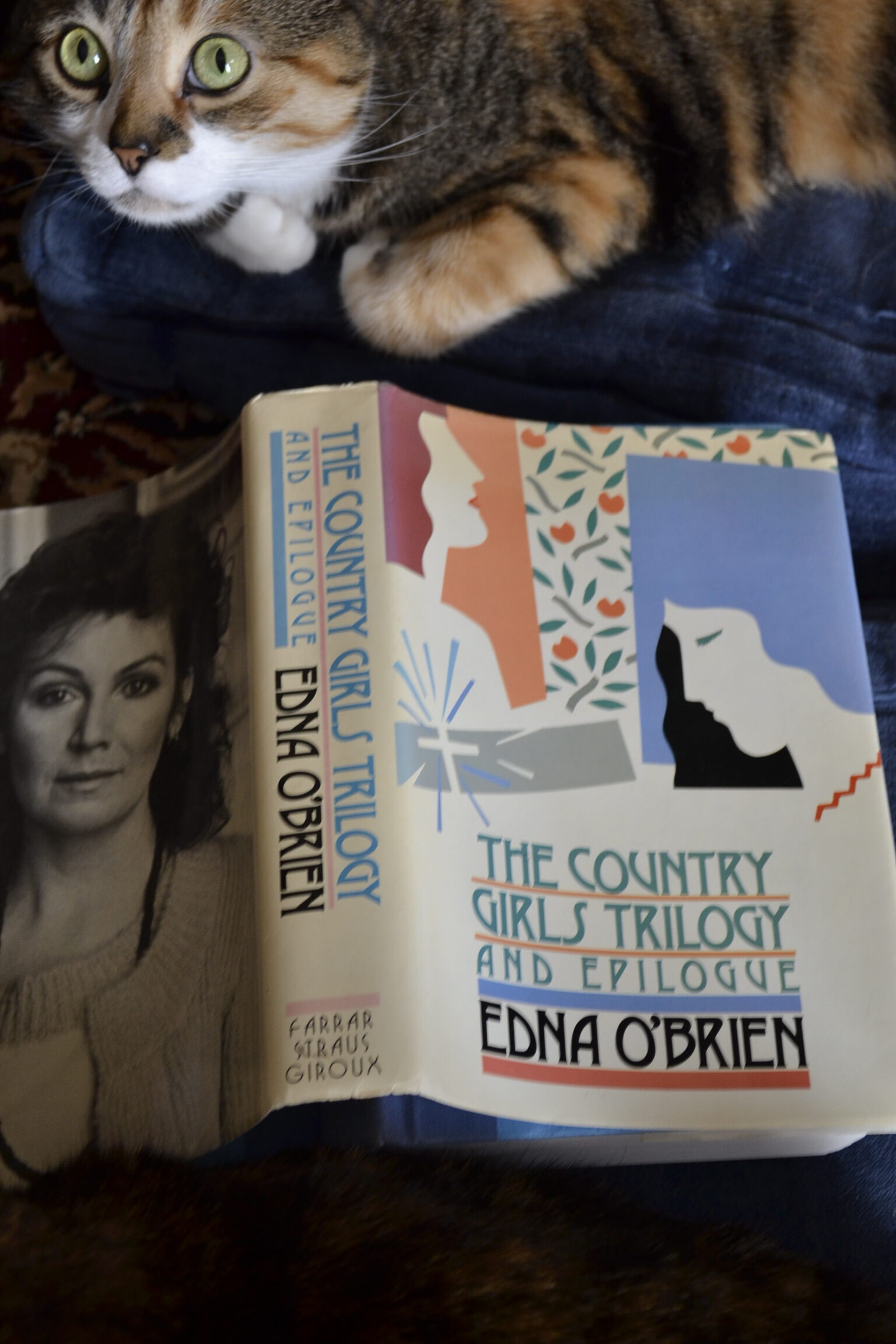 As St. Patrick’s Day rolls by, I find myself constantly thinking of my grandmother and missing her in this first year without her. She was a proud, Irish woman with a shillelagh in her kitchen and a green garment always on her person. St. Patrick’s Day was something we celebrated quietly with a special meal and memories of long-gone relatives. It’s hard to think that she’s gone too now and that all I have left of those celebrations are a few Irish knickknacks.

This year I’ll be wearing green mostly for her and I’ll be telling my lovely spouse all of the old stories I can remember as we sit around our own special dinner and listen to some traditional Irish ballads. Maybe we’ll throw in a classic film like The Quiet Man, or Young Cassidy. I’ll miss calling my grandmother early to wish her the happiest of St. Patrick’s Days while she chuckles and tells me what green she’s wearing, but at least I’ll always remember her smile and laugh and just how proud she was of her heritage.

This Trilogy is Hard to Find

In my many years of reading and being an incorrigible bibliophile, I have determined that omnibus editions are just not for me. Not only do I find them usually huge and cumbersome to read, but all the novels I’m reading between two covers tend to blend into each other over time.

That being said, there are two good reasons why I would actually recommend reading Edna O’Brien’s Country Girls Trilogy this way. The first one is simple: you probably won’t find it in any other way. I’ve looked for them for years during which I had mostly no luck and then, when I thought I’d finally found a copy of this first novel, ended up mistakenly ordering the play based on it. I finally found a copy of an omnibus published by Farrar, Straus, & Giroux in 1986.

The second reason I have for suggesting a collected edition is that these novels are so continuous that they only shakily stand alone. I’m not sure a reader would ever get the full effect of any one book without reading the others — though I will say that the first novel, The Country Girls, is the one that is most able to be read separately.

At the core of these books is a statement about the realities of female autonomy in post war Irish society. O’Brien uses The Country Girls to point out that girls are expected to be women far too soon and are controlled by the men around them firstly their fathers and then later their lovers. Both of the girls in the trilogy — Kate Brady and Baba Brennan are both sheltered and naïve, but each deals with these states differently. Brady constructs her own rather romantic version of reality in her quest to escape an alcoholic father and a mother who died on the cusp of Brady’s adolescence. Brennan, on the other hand, is focussed on survival and has a selfishness that renders her an unpredictable friend to Brady that is often an enemy as well. Both Brady and Brennan are in a rush to escape their fate in a small town and later the big city, but neither manages to do so in a way that leads to any kind of lasting happiness. Reality is cruel and harsh and the women struggle with facing what their lives have actually become.

Though the inside flap copy describes the trilogy as ‘Dickensian’, I have to disagree with that description. O’Brien is painting far too dark of a picture to ever be described in such words.  There’s a reason these books were censored in Ireland when they were first published and implying that these books have any kind of — for lack of a better word — ‘quaintness’ of tone is really not capturing what O’Brien is attempting to say. There are moments of humour, but they are often tempered with the misery surrounding those moments.

An Exploration of Maturity and Objectification

It was said by a writer whose name I very unfortunately can’t remember that the journey from girlhood to womanhood is one from subject to object. It’s a tragedy that the statement is still true. O’Brien’s books very much explore themes of girlhood and growing up in an environment in which girls are expected to take care of their fathers and obey the men in their lives. An environment that tells them that their worth is tied to submission and sexual attractiveness and does so when they are still girls and shouldn’t be the focus of any sexual attraction at all.

Brady and Brennan are forced to grow up quickly. Brennan decides to use men before they use her and becomes mercenary, cold, and unfeeling. She gives up on finding anything that could resemble healthy love or affection. Brady lets herself be lied to and used by men eventuality and starts out afraid of sexuality in its entirety. Neither woman truly knows their partner before marrying and instead each find themselves settling — for a delusion in Brady’s case and monetary gain in Brennan’s. Both characters remain stuck in a kind of perpetual adolescence.

My lovely spouse has a routine for St. Patrick’s Day. She gets out the recipe for Irish brown bread and prepares the cabbage and beef and potatoes for dinner. She usually decides on some sort of Irish-themed fun dessert like green cupcakes or cake. She’s always so excited to celebrate my heritage with me and I’m always grateful for that. It feels like I’m keeping my grandmother’s traditions alive.

Sometimes the cats are treated to some little piece of St. Patrick’s Day themed costumes, but I can’t say they enjoy it as much as my lovely spouse and I do.