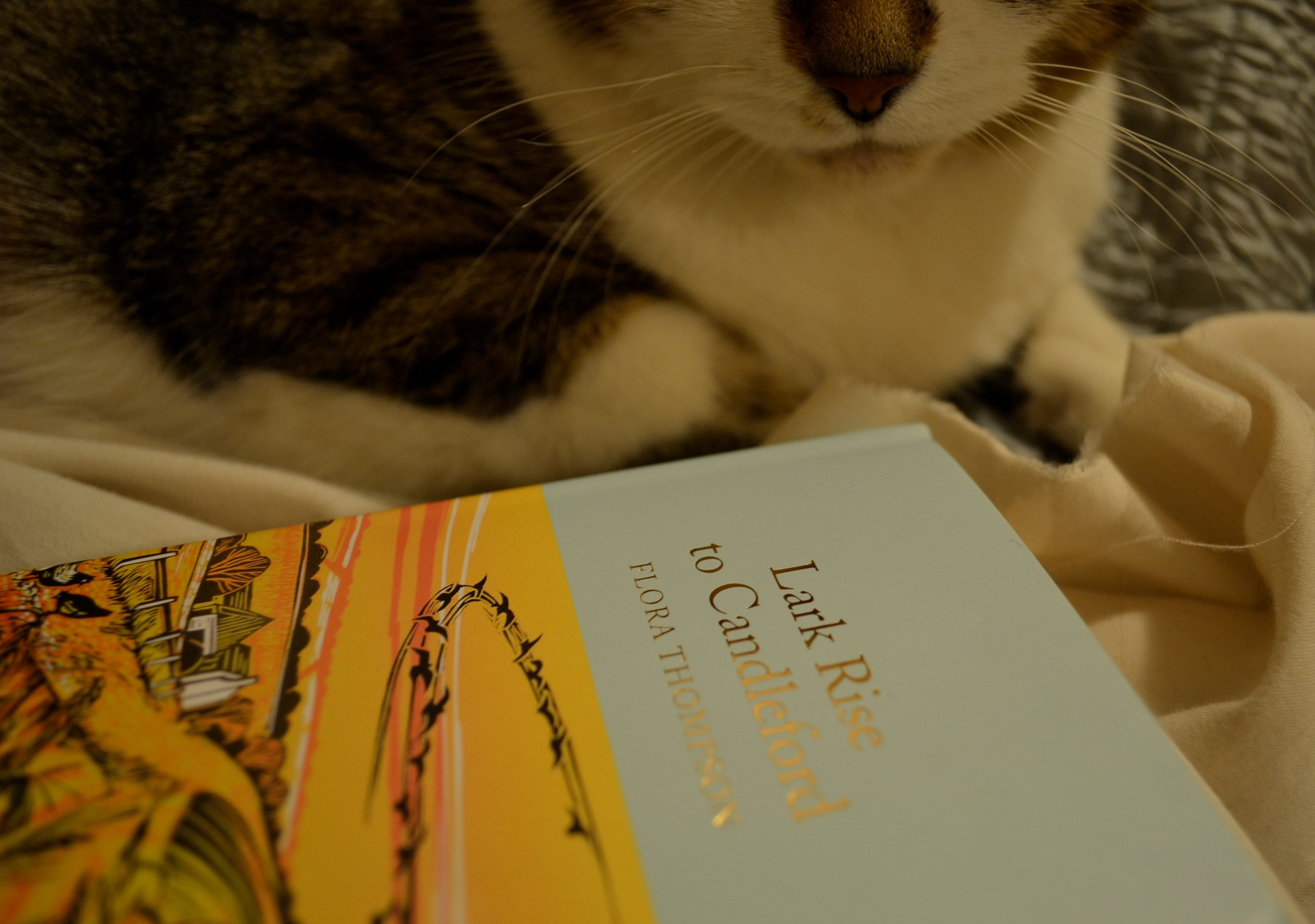 A Drive Through the Country

Last week we had to take a long drive through the country to get to the shelter where we adopted Rusalka, and, along with the excitement of finally bringing her home, I was also excited for the trip. There’s something special about travelling down the rural routes that thread between farms and small villages as the seasons are just beginning to change. You can watch the golden wheat swaying in the breeze, rippling across the fields like the soil itself is shifting in the wind. The soybean fields are turning golden as well, bowing in lush rows just beyond old wooden fences.

There was a crisp smell in the air and, though it was raining, the water enhanced it rather than washed it away. Cows and horses and the occasional herds of sheep looked at the passing car with disinterest from their warm shelters and open barns. The sky changes along with the leaves. The blue of sunny days gets colder, has the edge of steel, and the promise of the coming grey of winter. The rain is colder — as if it has the secret wish to be snow.

I took in as much scenery as I could as I looked out the window on the way to the shelter. I knew that on the way home I would be too distracted with a small little kitten in a polka dot pet carrier sitting on my lap.

Lark Rise, Candleford, and an Account of Rural Life

Lark Rise to Candleford is in fact a trilogy of novels written by Flora Thompson about growing up in a remote English hamlet called Lark Rise and, later, her years working in a post office in the village of Candleford Green. These novels aren’t exactly ‘novels’ per se, in the sense that they are not traditionally structured narratives. Instead, they are more of a collection of stories about rural life in the later nineteenth century.

What makes Lark Rise to Candleford interesting is that these are memories of a time when rural life was going through the pivotal changes that came with the industrial age. The modern world was starting to change the rituals, practices, traditions, commerce, and politics that many had considered eternal.

My lovely spouse helps me edit these reviews and is the one running this website, and she asked me for metadata purposes: is this book memoir or is it historical fiction? It was an interesting question, because Lark Rise to Candleford, in a way, is both of these things at once. Flora Thompson is most certainly writing about herself and her own childhood and experiences but, on the other hand, the stories are not true to life. They are instead reminiscences, often incomplete and sometimes obviously idealized.

She simultaneously writes as both an adult looking back and like the child she once was when these experiences happened to her. That aspect adds a complexity that adds to Lark Rise to Candleford’s uniqueness. Personally, the tone that Thompson writes in reminds me in a way of Stuart McLean’s The Vinyl Café, which I used to listen to on CBC radio on the weekends in my university days. The narrative is meant to be a warm trip to pieces of the past. Stories are meant to amuse and, more often than not, they’re meant to be an attempt to provide the present generation with an idea of the world of their parents or grandparents.

The Failings of Nostalgia

These novels are the author’s reminiscences about her childhood in the 1880s. As I’m sure everyone knows, there are aspects of the past that are ugly. Thompson includes descriptions of the sexism, racism, homophobia, and class disparities of the time in all of their horribleness and that makes this book hard to read at times.

There are also moments when Thompson becomes nearly defensive of the past and shows a kind of distaste for modernity that leaves a bad taste in a modern reader’s mouth.

Lark Rise to Candleford is a total of six hundred and seventy-nine pages, but the very nature of it makes it neither too short nor too long. Because it’s a collection of stories, there’s a change of topic before the reader gets truly bored. There is an incompleteness at times that can be frustrating, but not overly so because it reads like a memory lost to time instead of something that the author has failed to write.

I will say that I enjoyed the first book of the trilogy the most. Once the subsequent books started to move away from Lark Rise, they didn’t seem quite as compelling. Perhaps there’s a certain childishness that got lost as Laura — the main character — ages into young adulthood. Perhaps the larger village doesn’t have the same aspect of insularity of narrative that the smaller hamlet does.

All in all, I would suggest reading all three books if you have an interest in the period they are set in or one in the art of memoir or creative non-fiction.

My lovely spouse is so excited because today marks the beginning of Halloween specials on television. We’ll soon be watching bakers making simulated gore cupcakes and intricately scary tableaus out of cake, sugar, and pumpkins. Already, my lovely spouse has been constructing a Halloween playlist for the car and for afternoons spent in the cozy sitting rooms. Soon she’ll start sewing costumes and getting out the decorations for the foyer.

We’ve already bought a few new anthologies of scary stories to read out loud in the evenings or when my lovely spouse is baking spooky cupcakes and graveyard dirt cakes. I also have a tentative list of what scary books I want to review.

The list of Halloween movies we want to watch again this year has been written and we’ve already started watching a few. Already, we’ve watched two films out of our treasured Vincent Price box set.