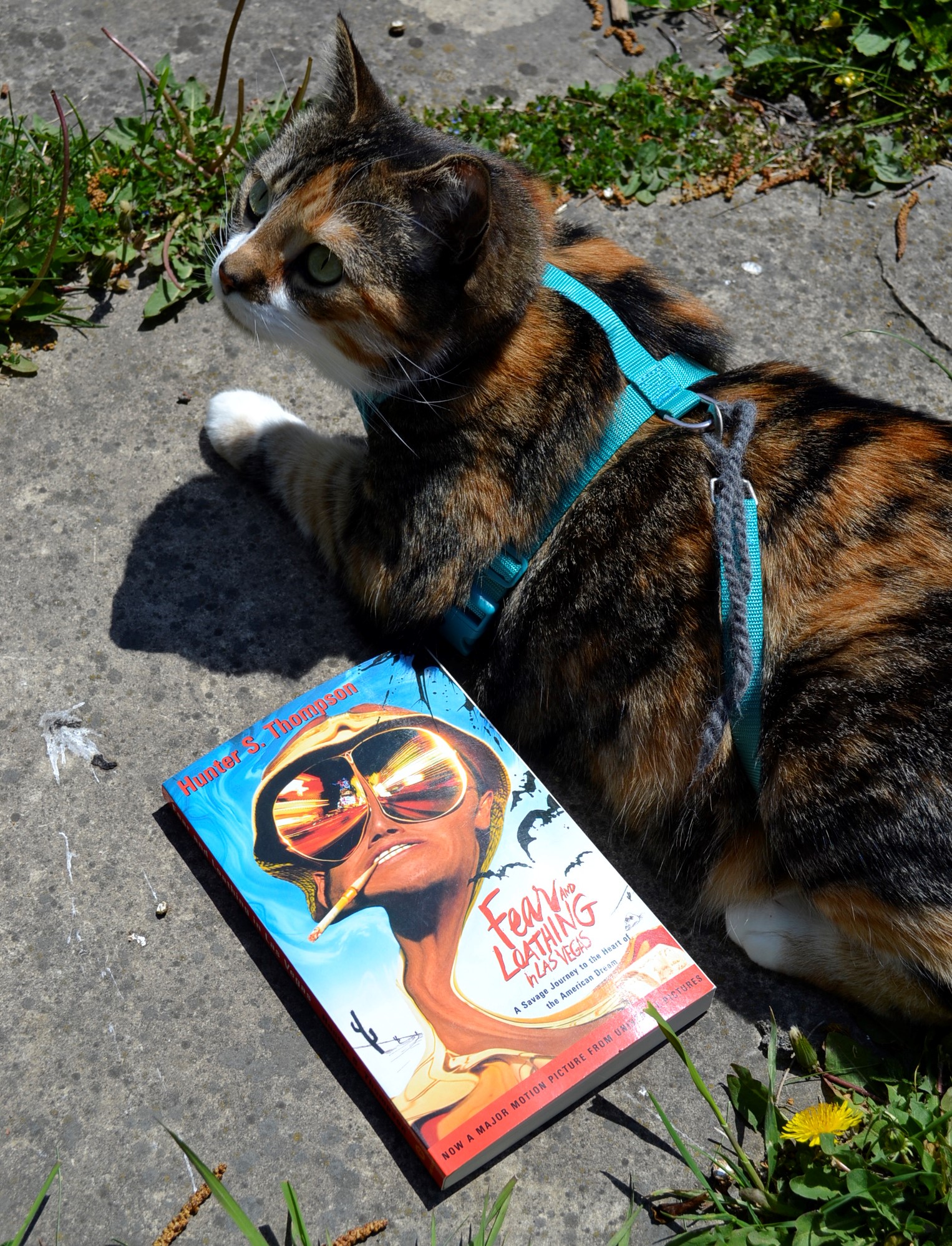 Road Trips at the End of May

The end of May will always remind me of the very first real road trip I went on that didn’t involve parental supervision or travelling with the school band or a class. My lovely spouse and I were seventeen and we were driving to the big city two hours away from our hometown for a convention with one of our friends. We had a suitcase full of costumes and instant ramen in a bowl to save on food costs, and printed out directions because it was before the days of Google Maps. And I think all of us were nervous, and a bit scared of being alone and so far from home. We were a bit scared of the open highway and being on our own for the first time. Would we get lost? Did we bring enough food? Would we make it home?

It’s been many years since then, and many years since we made the last of our many yearly trips. But all the same, a May doesn’t go by when I don’t look back and remember what it was like to get on the highway and feel like an adventure was just around the corner. So I’ve decided that this May, June, and part of July, I’m going to go on a literary road trip back in time reviewing literary road trips going backward in time in terms of publication date. I have a line-up of eight novels, and I’m excited to begin!

More Than Just a Trip to Vegas

Hunter S. Thompson’s Fear and Loathing in Las Vegas is more than just a road trip through the desert to the glittering gambling capitol of the USA. It’s Thompson’s journey in search of the American dream, and his struggle to come to grips with the end of the 1960s and the beginning of the 1970s. On the surface, he’s travelling with his attorney and a trunk full of drugs in order to document a racing event and later on to attend a convention for law enforcement on drugs and drug culture. Below the surface, it’s a journey to figure out the purpose of journalism, idealism, and its role in the shifting tide of American culture as one era ends and another — which Thompson argues is darker, duller, and more hopeless — begins.

Thompson is clearly and unabashedly cynical about the future, but he also is possessed of a talent of turning phrases and very dry and dark wit. Fear and Loathing in Las Vegas is one of the darkest books I’ve ever read, but there were times when I laughed out loud just because of the way Thompson describes a ludicrous situation that could only be described in ludicrous language.

The Plot Is Not the Plot

When you do a Google search on Fear and Loathing in Las Vegas, it becomes readily apparent that many readers struggle to find the point of the novel and even the plot. Well, the plot is anything but linear when it exists and, when it doesn’t, the point is its absence. What I like about this book is the subtlety of it. The plot is lost because Thompson is talking about how lost he feels. He’s trying to express the absence of hope he has in the future and the urge he has to look backward at the 60s and what they represented in the social history of America.

The heavy detailing of drug use and criminal behaviour is not meant to be glorifying. It’s meant to be ugly, grotesque. It’s meant to represent Thompson’s inability to cope with a time that he has no faith in — even though it’s 1971 and the decade has just begun. He’s also lost faith in himself and where he’s going.

This is a dark, horrifying journey to find the American dream that Thompson already knows is lost somewhere in his rear-view mirror. It’s not a book for the faint of heart. It doesn’t have a happy ending. It’s ugly. It’s disgusting. All the same, it’s a powerful voyage, and the writing skill has made it into a classic that has withstood the test of time.

The Power of Illustration

Fear and Loathing in Las Vegas is illustrated by Ralph Steadman and I couldn’t really imagine the book without his drawings. All of the pictures are ugly and grotesque, meant to compliment and emphasize points of the narrative and further push its feeling of frenetic surrealism and chaos.

Interestingly, I read while doing my research that there was tension between Thompson and Steadman because during an interview with the press Steadman declared his drawings contributed as much to the novel’s success as the writing.

Whatever you think of the novel, I think it’s obvious that without the illustrations there would be something missing from the full experience of it. Something would definitely be missing and Thompson’s descriptions and words wouldn’t have the same power or life to them.

If you’ve ever heard about this book, or watched the film based on it, you presumably know what kind of content to expect, but just in case you haven’t I think I should supply a warning. There is drug use. Graphic, explicit drug use. And there is a lot of it. There is also quite a bit of violence, including sexual violence and attitudes about violence that are horrible and would not be published modernly.

Drug use is, in and of itself, a central theme of the book and very much a part of the statement that Thompson is trying to make. It’s inextricable from the novel and if you’re a reader that avoids this type of content, then this book is definitely not for you.

Also, I have to warn that Fear and Loathing in Las Vegas exists in this strange place where fact and fiction collide. Yes, some of these events definitely happened, but they have been molded to fit into a literary framework. Thompson took notes during two trips to Vegas and used those notes to write this novel — but the notes were taken while Thompson was under the influence of so many drugs that reality could be in no way objectively observed and recorded.

Would I call this work fiction? No. Would I call it memoir? No, not really. Again, it exists in a strange space that isn’t really either and can only really be described with the label that Thompson coined himself — Gonzo Journalism.

Travels with My Library

I don’t really like to travel much these days — and by ‘these days’ I mean the days before the pandemic when travelling was actually possible. Part of the reason is that for a while I was dealing with a mental illness that went from managed to crippling and made even leaving the apartment very difficult.

In the months before the pandemic, myself and my lovely spouse were just starting to enjoy travelling again — albeit in a very contained way. We went on day trips to the countryside, farms with petting zoos, and small drives to well-hidden used bookstores. We went monthly to Toronto to the museums that we love.

With the pandemic even those small trips have stopped, but then I just turned to my library. Because, as cheesy as it sounds, every book is a journey, and books feature journeys through landscapes and locations that I’ve never seen. Through these fictional trips, I sometimes remember and re-live some of the ones that I’ve made and think back on them fondly.

Next week my road trip takes me to 1969 and Graham Greene’s Travels with My Aunt.