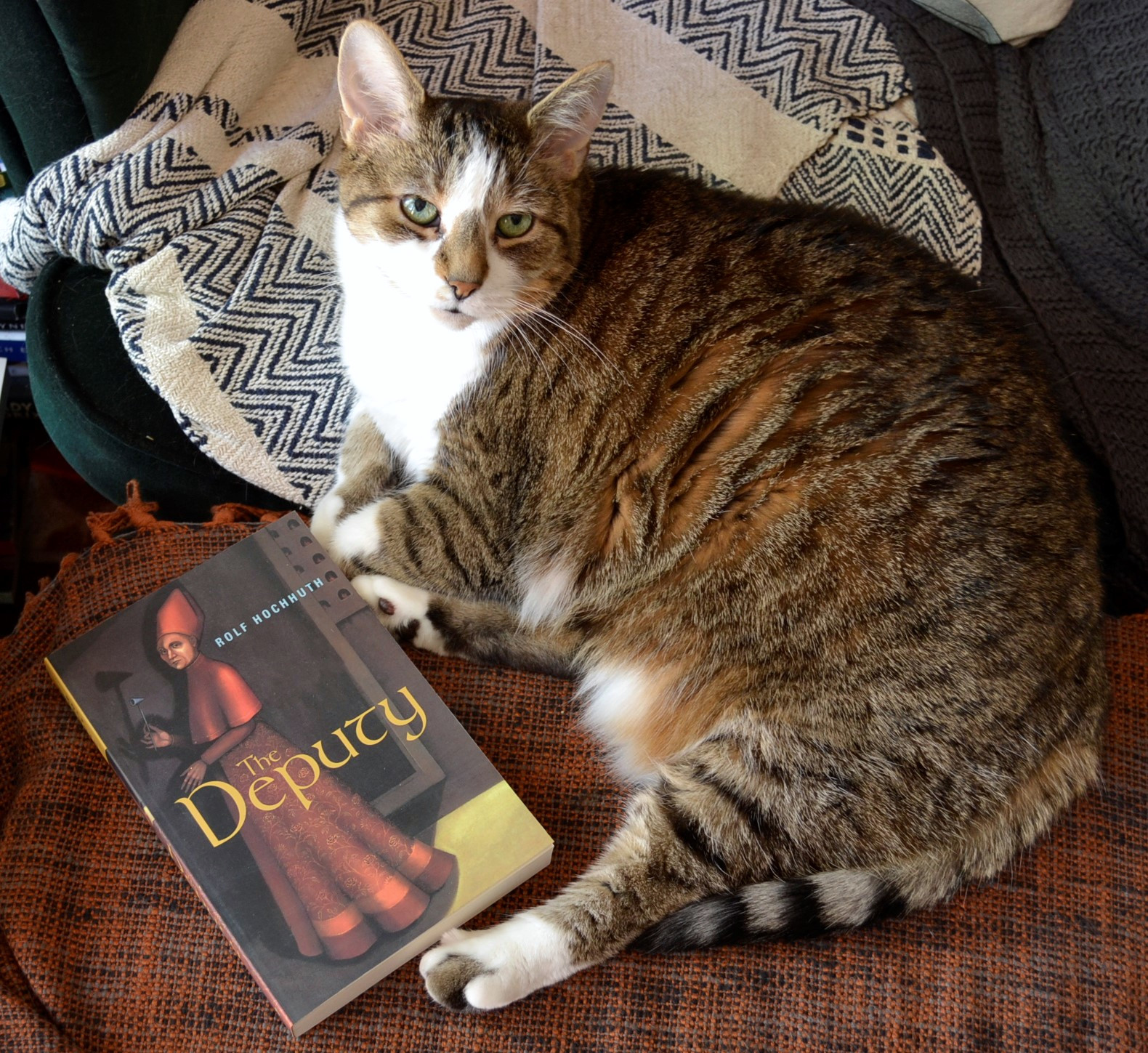 Just recently myself and my lovely spouse rushed into the sitting room when the phone went off with a tornado watch warning that could easily be heard had we been on the furthest reaches of Mars. I’m grateful for the warnings and for their volume, though it does make my heart pound as I read off the counties that can expect a potential weather emergency.

Once I finished reading, we took stock of where the carriers were and how quickly we could shove five unwilling cats into them. Then we sat and turned on the Weather Network to obsessively watch the radar as the sky darkened and the wind began to howl. It makes for a scary evening, waiting to see if and when you can expect torrential rain and gusting wind. But once the storm starts passing there’s a feeling of calm gratitude that is one of life’s most precious experiences.

We get four or five watches a season and they never get easier. I also never get less grateful when the storm passes us by. However, in the wake of climate change, I worry as I start to see more of them and take it as a reminder to do all I can to take care of the planet we all call home.

The Costs of Complacency

Rolf Hochhuth’s play, The Deputy (Der Stellvertreter), is a powerful examination of the costs of complacency and willful blindness. Set in the middle of World War II, the play centres around Pope Pius XII’s lack of response to the Holocaust and the utter unwillingness to explicitly condemn the actions of the Third Reich. One SS officer along with members of the clergy of various ranks seek to compel the Vatican into action but their efforts end in vain as they make the ultimate sacrifice in an attempt to save lives.

It’s a powerful play that isn’t for the faint of heart. The descriptions of apathy in the wake of so much human suffering resonate long after you get to the end of the final act. Hochhuth’s notes are extensive and delve into scene and character in a way that even a reader can somewhat accurately picture the drama effectively in their mind’s eye more so than most other plays that I’ve encountered. Though someday I do hope that I’ll be able to see a staging of it in person.

What becomes very clear when you read Hochhuth’s notes is that a lot of work and research went into this play. The characters are based on real historical figures and historical events. He also has imagined not only the habits and appearances of these roles but also how they should fit together and the futures or pasts of nearly every character. It provides a richness that more effectively conveys the point he masterfully hammers home, protecting the statement from being lost amid archetypes or audience assumptions.

Hochhuth was also invested in his play being a response to various views of tragedy as genre and what defines it — bringing the term out of antiquity and applying it to a modern genocide. That being said, some of the history is debated, but not enough that would alter the point of the play or take away any of its impact.

As I always recommend with any kind of literature that involves historical events or people. It’s best to do your research, read the literature carefully, and take extra pains to be an informed reader.

I think it’s probably immediately obvious why this play is controversial. It’s a bold statement about the actions (or, more accurately, lack of action) of an institution that would rather forget everything around the time period. In the wake of the discoveries concerning Residential Schools and systematic abuse in Canada, The Deputy becomes an even more important piece of literature that is absolutely relevant today.

I won’t regale you with all of the uproar surrounding this play, but I will tell you that as recently as 2007 it was still being discussed and both Hochhuth’s motivations and historical accuracy argued about. From the extant documentation, it’s clear that many of Hochhuth’s characters and events are based on real people and actual events. But whatever you believe about why Hochhuth wrote this play or the facts behind it, it doesn’t change what is a powerful work about the costs of not confronting atrocity when it happens directly in front of us and about the value of human life and the devastation of human suffering. It doesn’t change the message about making the ultimate sacrifice in order to do what is right. It doesn’t take away any of the impact of the genocide or the horrific realities of it.

The Holocaust happened. Millions of people were systematically tortured, raped, and killed. As a society we can’t ever forget that. We can’t let it ever happen again.

An End to the Heat

Today it was pleasantly cool and the skies promise maybe a bit of gentle rain. It’s a relief after such a long heat wave. The plants are happier, the birds are happier, the cats are happier, and I’m happier too. I’m also happier to have a slower week behind me where I can get back to life at a slower pace. Even if my hands are still peeling since the measles have departed.

My fingertips are sore, but typing is fine. Holding a book remains the hardest activity to do, and that’s really quite aggravating when you spend as much time reading as I do.