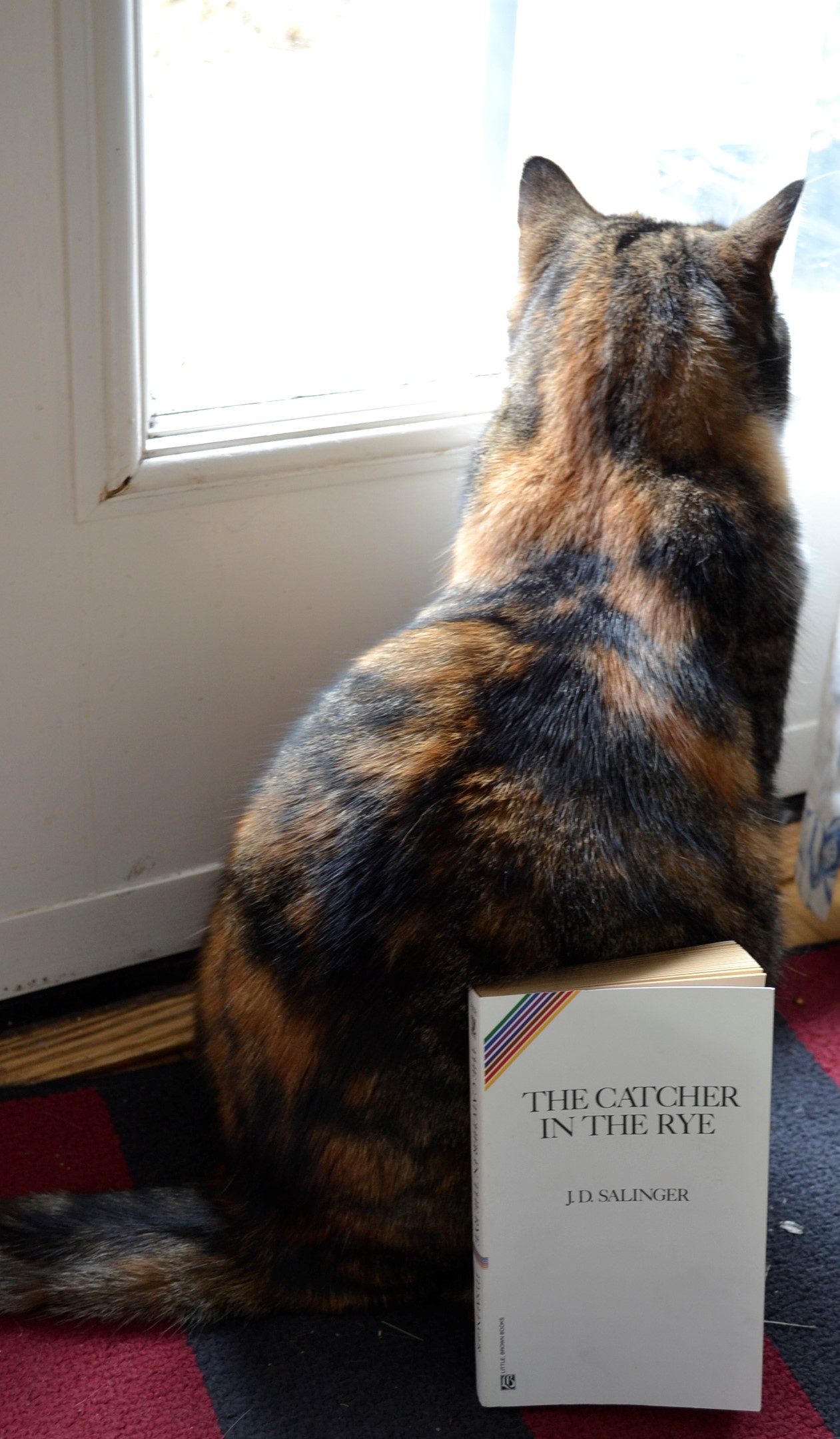 The Joy of Reading Books Together

My lovely spouse and I both love books but our tastes are often very different. We both read classics, but my lovely spouse adores grammar while I don’t have the patience for it. She also has a love for YA past and present as well as the interesting genre read whereas I find that I confine myself to literature past and present sprinkled with the occasional book of non-fiction and very occasional poetry.

However, there are some notable times when we read a book together. It’s a magical experience to read and discuss every minutiae of a book together, read passages aloud, and be excited for every line and every chapter. We shared Tristram Shandy this way and just recently we shared The Catcher in the Rye. It was my second time reading the book, but it was my lovely spouse’s first – consequently that made it feel like my first read too. As much as its one of my favourite books, discussing it with her brought new life to it in a way that I can never adequately put into words.

If you really love a book, I always recommend you share it. It brings a new dimension to the text every time.

J.D. Salinger’s The Catcher in the Rye still tops many a most-banned-books list, and that’s what initially drew me to it when I was fourteen years old and starting to get into more modern classics. It’s a powerful novel about the alienation inherent in transitioning from childhood to adulthood. Holden Caulfield is stuck somewhere between a childhood that he cannot leave behind and an adulthood that frightens him. As much as he understands children, he’s terrified of adults and their demands that he choose a path for himself. Instead, he’d much rather be a child forever, a catcher in the rye, stopping children from entering adulthood and in the process saving himself.

Salinger’s writing is simultaneously powerful and accessible for the modern reader. Its themes transcend time and are relevant to the experience of youth today.

The Catcher in the Rye is much maligned. Accused of being misogynist, homophobic, and other horrible things, it’s a book that many people have a very strong opinion about one way or another. While Salinger’s writing isn’t perfect and does in many instances reflect the attitudes of the time in which it was produced, I think the criticism of it often overlooks the main point. Holden Caulfield is not meant to be a good, well-adjusted human being. He is a deeply insecure man who is closer to being a boy and who is a mass of horrible ideas about an adulthood that he is deeply frightened of. He sees himself as a hero in a world of phonies, when in fact he’s little more than a phony at the most profound level — he’s a phony to himself and the person he ultimately wants to be.

Caulfield himself, as a character, isn’t truly meant to be relatable or even likable. The alienation he’s experiencing and the urge to either make sense of or run from that emotion is what is supposed to be the point. The moment in youth when it feels like it is impossible that one is understood by peers and adults alike. Caulfield handles this feeling horribly, but that doesn’t mean that the feeling itself doesn’t exist.

Salinger is writing a novel about Holden Caulfield’s awkward, cringing journey and eventual failure at becoming an independent adult. Caulfield’s thoughts are not meant to reflect anything more than his own lack of character, shortcomings, and insecurities.

Once you read The Catcher in the Rye, you will notice the influence of it stretch far and wide. From the modern YA novels written by Alice Osman to the Laughing Man arc in the very amazing first season of Ghost in the Shell. This book is going to easily withstand the test of time as it continues to fascinate readers, writers, creators, and literary scholars. There’s a reason it’s still talked about and still banned. Like it or hate it, I would say it’s one of the top most influential books written in the last century — and is a contender for one of the higher spots on the list of most influential ever written too.

My advice to any reader approaching the text for the first time would be to try to tune out the introductions, papers, criticism, and praise so that one can give the book time to breathe. It’s especially important to form your own opinion on what the text is saying and how it chooses to say it — then take that idea and do a deep dive into other ideas and criticism. The Catcher in the Rye is definitely worth that kind of consideration and effort.

Initially, I had planned to review this book as the school season started, but I decided to tackle it early because it feels a little bit like fall already. This year my lovely spouse and I have the goal of celebrating fall and Halloween early and to its fullest. The last few fall seasons have been too busy and not quite mindful enough. We need to change that because we both love autumn and it goes by far too fast.

I’m already counting down the days until apple picking and walks through the changing leaves.