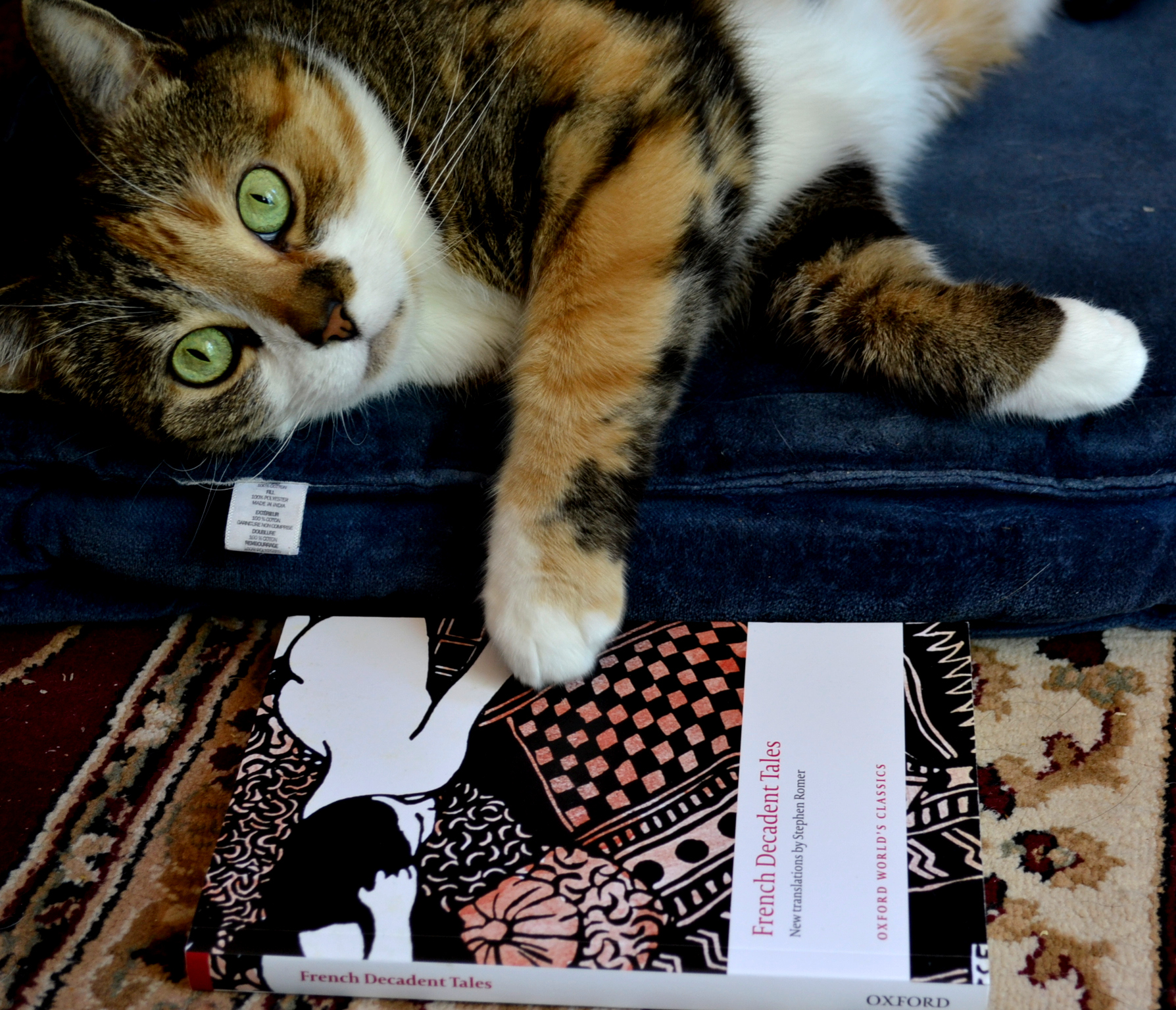 A Week for Short Stories

This week I’ve found myself drawn to short stories. Part of it is that we’ve had a series of dark and spooky nights due to severe thunderstorms and about a month’s worth of heavy rain squeezed into the span of a week or so. Part of it is my preparation for October’s reviews — because I try to read the books well in advance. That means I’m knee-deep in dark and scary tales of violence, murder, ghosts, and ghouls.

In the gaps between spooky stories, I read short stories from across the areas of literature and every once in a while I find the rare volume that fits into both categories in a very special way. I saw the Oxford World’s Classics French Decadent Tales sitting on my local independent bookstore’s shelf and I got so excited. French Decadence was a movement that did so much to further the form of the short story in general, but it also has all of those dark stories to tell at twilight that I can’t get enough of. I couldn’t want to read it and I couldn’t wait to write a review on it — even if this could have fit with some of my October selections. And so, enjoy a bit of a spooky-time preview!

Decadence is an easy movement to misunderstand. Often it’s mistaken for Gothic, and more often I’ve seen it described as just plain scary stories meant to shock or offend. Actually, Decadence as a movement was more about making the reader feel something. More specifically, it was making the reader feel some kind of very strong emotion. So, shock was a part of it, but so was laughter, fear, and disgust. There are stories about crime and the motivations behind it, but also about the fear of aging and love fading.

Decadence was about human nature and psychology, but also about those concepts taken to extremes. Writers took inspiration from Gothic writers but took it to a very different place. Granted, sometimes there are spooky themes and some stories are more closely influenced by Gothic than others, but as a whole it’s important to recognize Decadence as its own distinct movement that shaped the form of the short story to what it is today.

The Collection as a Whole

Like with any short story collection, there are some writers I enjoyed more than others. Guy de Maupassant is always a favourite of mine and this collection includes four stories by him alone – including ‘At the Death-Bed’. The stories from Jean Richepin were also fantastic, as were the selection of Marcel Schwob. My favourite piece in the collection had to be Catulle Mendès’ ‘What the Shadow Demands’ which is a twisted tale of mental illness and crime that is a bit lengthy, but definitely delivers.

This book is basically my version of a beach read. Short, entertaining stories from literature that still educate at the same time as being an immersive brain vacation. Everything is accessible, but at the same time you’re still doing a bit of studying.

Perhaps the most value I find in a collection of short stories from a specific movement such as this, is that it helps my further reading. Often I’ll keep a list as I’m going of authors I’ve never heard of, but liked in the collection so that I can research them and seek out more of their work. It’s a great way to broaden your knowledge on a specific topic and also serves as a reading recommendation in and of itself.

The best books I find for furthering my reading in this manner are ones that include rarer reprints and lesser known names as well as the ones that are more familiar. Don’t get stuck in the trap I often do when I seek out ghost stories: many collections of the same short very notable short stories arranged in a different order with different covers.

Oxford World’s Classics has recently come out with a few collections including this one and a book of Italian Renaissance Tales that is currently sitting in my to-read stack. I have to look up what other volumes they’ve curated because I’ve found them to be a great resource.

I started in on the spooky books early, and as a result I find that I actually ended up reading far more than I needed to. So I’ve decided that instead of packing the extras away until next year, I’m going to have an extended spooky season in honour of my lovely spouse — who also can’t get enough of the all of the wonders that October brings. Look out for those reviews starting in September and perhaps continuing into part of November.