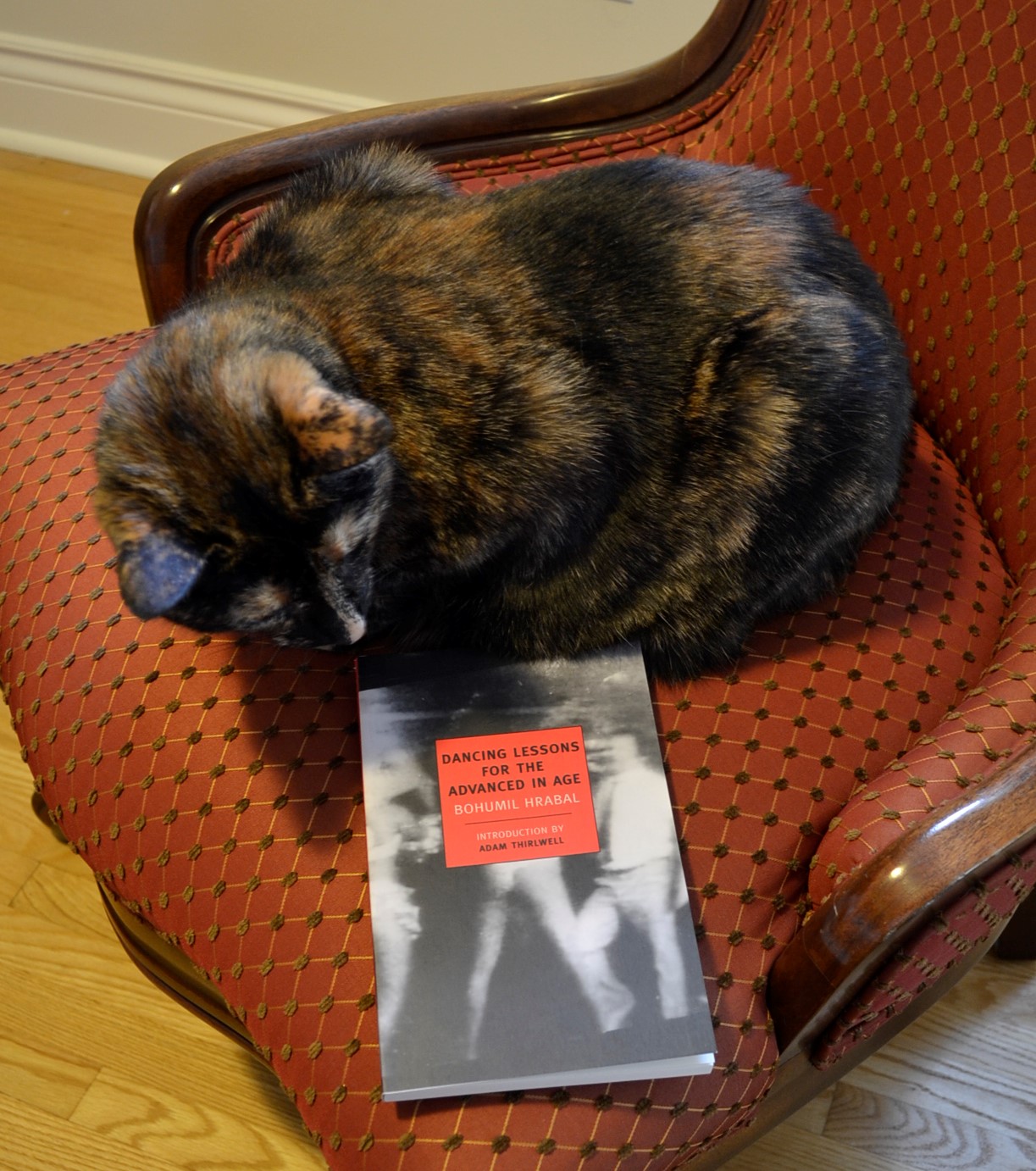 When We Forget Tea

So we’re having our morning tea late, and I’m trying to tell myself that though it feels like the day is ruined, that’s a bit of a silly judgement to make before it’s even noon. We’re going to take the morning off and take our time with our late tea and I’m sure things will seem a lot better after that. Catastrophizing is so automatic that I usually need to make myself pause and breathe and give myself a chance to process what I’m feeling before I react.

Tea is great for that.

Every once in a while you’ll hear about a book with a quirk to it. Things like being written without a certain letter, or with a drastically different referential style for each chapter. The list goes on. Sometimes these things will draw me to a book, but other times they make me stay away. Bohumil Hrabal’s Dancing Lessons for the Advanced in Aged is a 117-page novel that is in fact composed of a single, very much run-on, sentence.

I couldn’t quite wrap my head around it, and so I never sought out the book and put it back on the shelf the few times I came across it at the used bookstore. But then I came across Hrabal again in the newly published Defenestrate by Renée Branum, and I decided that I wanted to seek his work out. I’m glad I did, because the novel is great and it uses the single sentence in a way that makes it an accessible and compelling read. It goes to show that it’s important to see beyond the quirks and give even the weirdest sounding books a chance.

A Note on Style

Hrabal uses the single sentence to form a single stream of unbroken dialogue from an elderly man who is speaking to a bunch of women sunbathing on the other side of a fence. For pauses and subject changes, Hrabal uses commas and other punctuations.  However, the fact that the sentence never ends gives the dialogue a rambling, circuitous quality that I don’t think could effectively be created any other way. As the man talks, he tells story after story about his youth and his life as well as giving political opinions and how things have changed.

At first the conversation is simple, but it gets more and more complex as the book continues. The elderly man recounts his self-proclaimed past glories, but the tone changes from reminiscences to regrets as it becomes clear that the narrator is struggling with his own advancing age and his narrowing place in the world. He wants so badly to be listened to, and is so desperate for it that he’s willing to unburden himself to strangers. Not only that, he’s willing to harass them with his presence.

This change in tone is augmented by Hrabal’s style choices and technique and is accomplished in a masterful way. As you read, you forget that it’s a single sentence because it makes so much sense that it is.

Over the course of the novel the narrator is never named, nor are his assumedly unwilling listeners. This adds a kind of mundane quality to the situation and a generality to the themes expressed. Aging is a part of life that is inescapable, so this could be nearly any elderly man. The aspect of the one-sided conversation delivered to random strangers is not exactly not a common experience — sadly.

The listeners and the speaker are unimportant in the grand scheme of the novel and as such Hrabal includes minimal details about their identities. Instead he wanted the reader to focus on the dialogue and only the dialogue and draw conclusions based on that alone.

After writing this review and finishing a cup of tea, I do feel better and things feel a little less chaotic. However, it’s nearly lunch time and that means that it’s time to feed all of the cats all over again. Although, we do have a system. One of us gives Bubastis, Bandersnatch, Jabberwocky, and Rusalka their portion of wet food and the other of us goes to the bedroom to deliver Wesker’s food to her as she sleeps on her favourite comforter.

It’s a well-oiled machine at this point, but the early days of figuring out the best routine were far from easy!