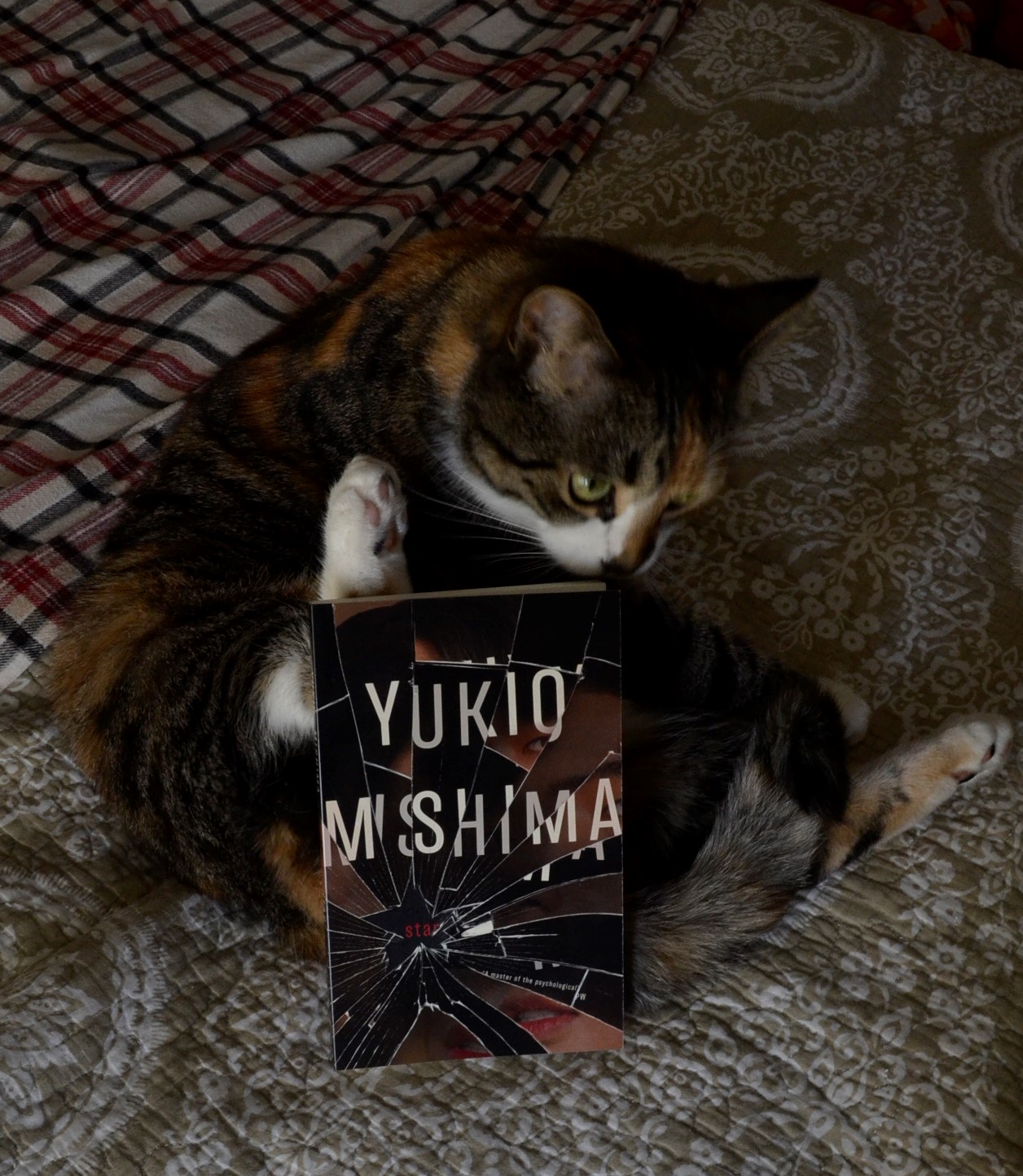 I remember watching The Ring in the darkened back living room at my grandparents, and being so scared because just the smallest part of me thought that just maybe the phone would ring. That the distinctive rasping voice would be at the other end saying, “Seven days.”

I was in high school and The Ring was a horror movie like none that I had ever seen before. The artistic yet utterly terrifying imagery held me completely spellbound. This wasn’t the Scream series. It wasn’t a guy in a mask threshing through dippy camp counsellors. This was something better. Something with more layers to it.

From that moment to this, I’ve actively studied literature and film from Japan – with a particular emphasis on horror or psychological thriller. Japanese literature has a particular style that is completely unique. Stark. Harsh. It gets directly to the marrow of the story and exactly to the theme it is trying to convey without catching its breath.

Yukio Mishima wasn’t an author that I’d heard of previously. I found a copy of Star at the local bookstore while I was browsing through the new shipment of Dover classics and decided to buy it. It was worth it.

The Power of the Gaze

Star is the story of a Japanese celebrity who is shooting a film and at the same time coming to grips with the fact that though he is young, age is inevitable. He is also struggling with the world he moves in and how divorced it and him are from reality.

Mishima uses this novella to relentlessly examine the idea of the gaze in a modern context and as a window both for delusion and for reality. The gaze makes things real, but only in a sense of unreality. Mishima also argues that there is a difference among gazes. The camera lens does not convey a true or real image, but the sunlight hides nothing — especially not the ugly truth that age is inevitable even if the lens pretends it isn’t.

Gaze as Indicator of Reality

Rikio, the celebrity, lives in a world that is unconcerned with reality. When the film starts rolling, even time ceases to be real.

We were back in the surge of imaginary time. No matter how many scenes we’d already filmed, once I was behind the camera with film unspooling, time flowed like the cool, clear waters of a high ravine, where I could swim my way upstream.

It is only through the camera that Rikio is Rikio. It is only through the magazine articles about his life that Rikio has a life. Without them and their false reality, Rikio is just an aging star like so many others with a grim future and an obscure past. A puppet of his assistant, his parents, his director, and magazines. The gaze is what makes him who he is. The fans are what he lives through, because he ultimately fears a reality for himself. He is comfortable in the world that others have constructed for him, not in making decisions for himself.

A Statement About the Film Industry

Yukio Mishima wrote Star shortly after completing work as an actor in a film and, as such, the novella has a feel to it that can only be accomplished when an author has direct insight into the subject they are discussing. How shots are arranged, the grueling schedule and co-ordination that goes into filming, as well as the challenges of filming out of sequence — all these things are discussed with simplicity and clarity, allowing the reader insight into at least a tiny bit of film production practices.

For that reason alone, Star is a fascinating novella, and I would recommend it to anyone that has a passing interest in the industry — especially on the production end.

I’ve said it before and I’ll say it again, novellas can be disappointing in their length and sometimes their endings leave something to be desired. Star is unfortunately not an exception to this rule. I don’t think that it should have been novel length, but perhaps another chapter or so would have been useful. The ending is a bit abrupt and doesn’t give the sense of completion that I think Mishima intended. It felt like the point could have been driven home with another few hundred words that would have allowed a more dramatic ending.

However, this is something to be said for the anti-climax that Mishima does present. I just think it’s a touch flat compared to the build up he wrote so skillfully.

When I was a teenager, it was difficult to get your hands on anything from as far as Japan. But now, films, books, and television from Japan has become common partially due to the internet and partially due to more readers looking beyond their own cultures and geography for literature, literary influences, and art.

It’s great to see because when one studies literature, one should read a diverse amount of it.

I’m also glad to see that we’re getting more Japanese horror films in their original format in theatres. I did enjoy The Ring, but I don’t think it will ever really compare to Ringu. Don’t even get me started on The Grudge versus Ju-On.