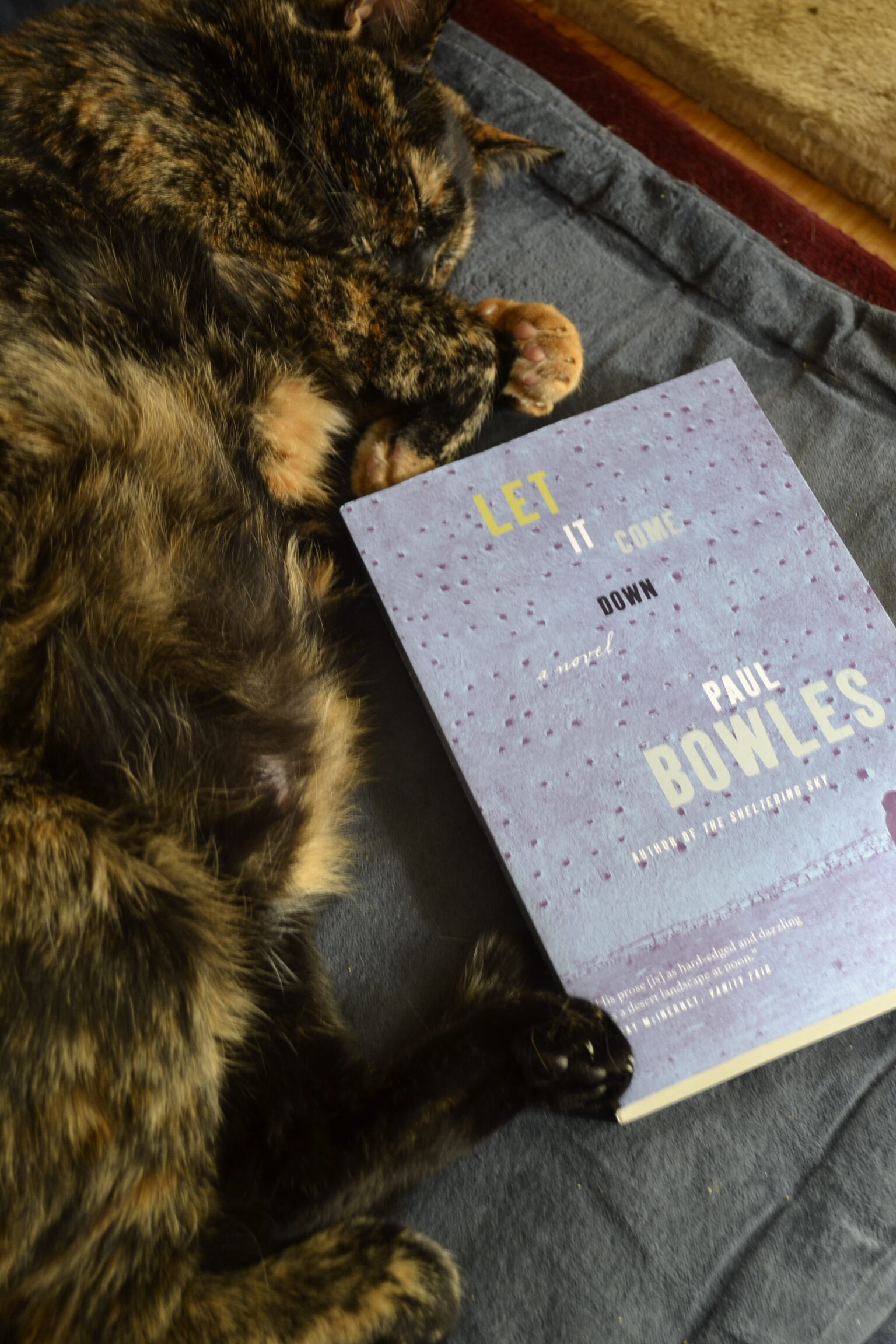 Bubastis has never liked thunderstorms. When we lived in a small apartment in the city, she would keep herself close to floor and scuttle under the bed before we even heard the first rumbles of thunder. Even when storms were long over, she’d come out only cautiously and only if she could stay on my lap for the rest of the evening.

Now that we have the house, she tends to run all the way downstairs and squeeze herself behind the toilet in the barely used guest bathroom. We usually don’t see her again until the rain has calmed down to only a drizzle. While this behaviour isn’t new, I worry more about her these days since she’s getting older and I know that the older cats tend to get even more scared. Diffusers seem to help her come up from the basement a bit quicker and sometimes she even weathers the storm from my lap in the sitting room.

Hopefully that balances out just how many thunderstorms we get here in the greenbelt compared with the one or two we experienced yearly in the city. Though there’s something extra cosy about looking outside the sitting room windows as the wind howls, warmed by a cat on your lap and the glow of the electric fireplace.

As spring turns into early summer, my reading stacks go through a bit of a shake-up. The books that are set in deep winter take a bit of a backseat to books that I turn to in the warm weather. I tend to like to read narratives set in summer, but I also like to take trips to far-flung locations.

Paul Bowles’ Let It Come Down is yet another book I heard about the first time through Claire-Louise Bennett’s Checkout-19. The story centres around Nelson Dyar, a bank teller fresh from New York who’s seeking to escape a life that he has decided is too mundane to keep enduring. Impulsively he moves to Morocco’s International Zone in the days before Moroccan independence, taking a job with a friend that he barely knows. Soon it becomes apparent that the job isn’t what it seems and that Dyer is immersed in a world that is very far from the one that he knows, but that doesn’t stop him from behaving recklessly and with the abandon of a man that is on route to the end of his days.

Let It Come Down is an utterly atmospheric novel that seeks to put the reader in this specific place in time and point in history.

Dyar’s journey through Morocco is one in which he doesn’t play a very propulsive role. Instead, upon his arrival there are several events that are already in progress that opportunity places him in the midst of. Dyar doesn’t seek out anything, but instead clings to things that cross his path. He is determined to find himself and the meaning of his existence and at first he does so by indulging every impulse he has. This leads him down a path of self-destruction that he embraces with a relish that ignores any consequence.

Dyar is not a character you sympathize with, but he is a character that you can’t look away from. His questions about existence are common ones, it is where and how he seeks answers that compose his dissolution and downfall. As he descends further into the underworld of Morocco, the reader is waiting for a rock bottom that seems to descend further and further in and of itself.

Dyar’s downfall is by no means a fast one. It happens by degrees as he wanders into the wrong bar and goes to the wrong party until eventually he ends up taking money in a spur of the moment crime that leads to murder and his own destruction. This is not a novel in which the reader can’t foretell Dyar’s fate. Even in the beginning, you have more than an inkling of how the book is going to end.

The real art of Bowles’ writing is in how he drags out Dyar’s self-destruction, parsing it apart in different layers and degrees of bargaining that Dyar engages in with himself. Dyar lets himself be pulled along by the corruption around him. He doesn’t ask questions. He doesn’t care about others. He cares about his own pleasure and benefit. Simply put, his lack of thought and foresight become the focus of the narrative. Dyar implodes for many reasons and in many ways and Bowles carefully explores each of these aspects of his decline instead of just hammering one point home.

May and June are the months that are the hardest when it comes to mowing the lawn. When we get a lot of rain, it feels like you can look out the window and just watch the grass grow — to the tune of mowing the lawn again in less than a week. Myself and my lovely spouse are naturalizing our yard, but it’s definitely a process and some mowing still has to happen until we reach the end of our journey into biodiversity.

I look forward to the day when we get enough ground-covering native plants that mowing is brought to a minimum, but it will be quite a while until then. So I have to learn to enjoy the rain and not think about the yard work it necessarily brings with it. I can’t be too upset about mowing when we have such a lush green lawn full of flora and fauna to look at just outside our windows.