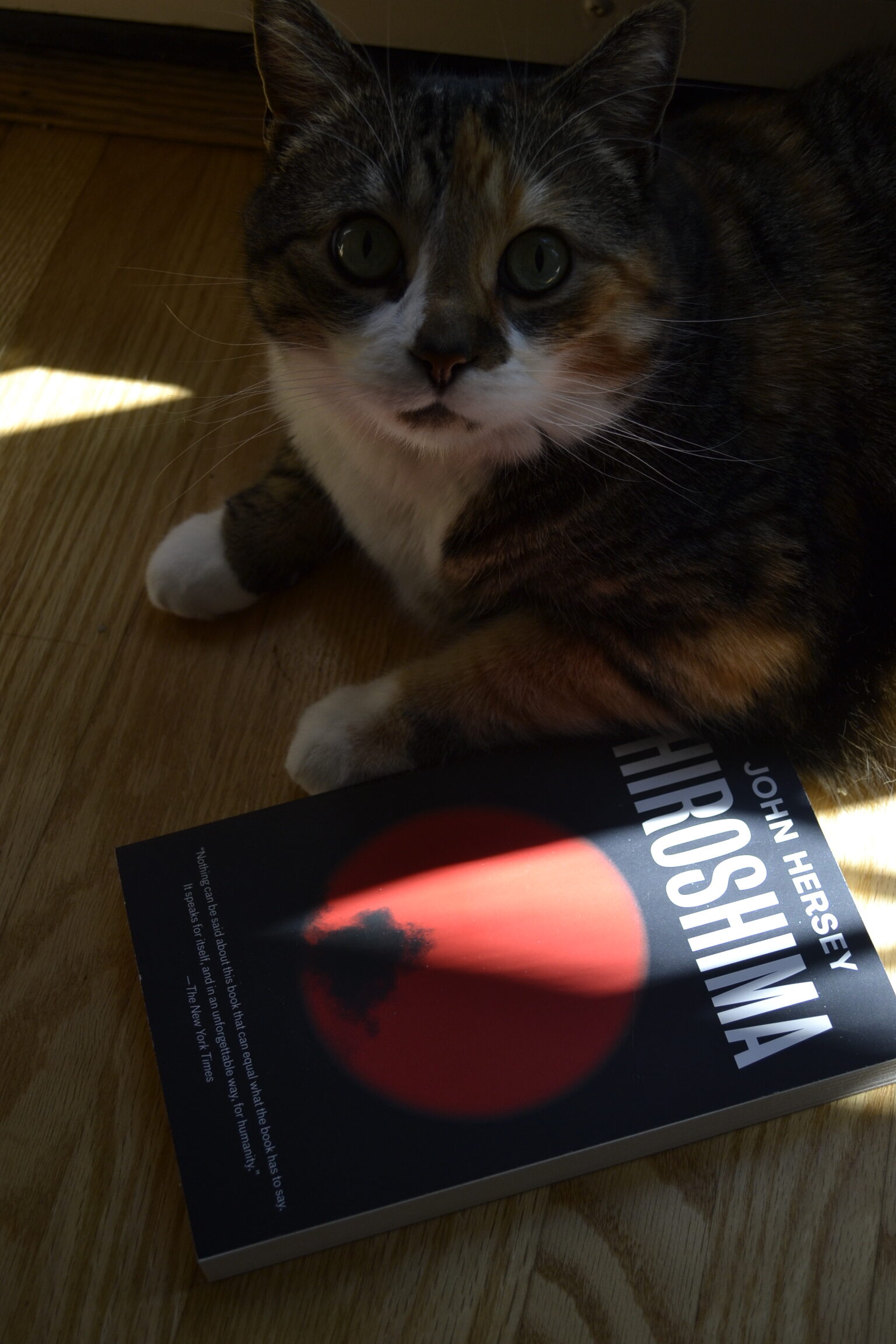 The Arrival of Summer

There are several signs of the impending arrival of the summer season. TCM’s Summer Under the Stars creeps closer, and the catnip grows higher in the backyard as the vegetation gets lusher and denser. The birds start attacking the feeder with a vengeance and the grass grows almost fast enough that you could see it. The bunnies sit in the asters and eat the fading dandelions.

However, today, when myself and my lovely spouse were getting groceries, I saw it. The sign of summer that my lovely spouse finds ridiculous but I’ve always waited for since moving out here. The giant bag of movie popcorn. It’s cheap. It’s cumbersome. My lovely spouse finds it endearingly embarrassing when it won’t fit in any of the grocery bags and I have to carry it separately. How big is this humungous bag of most excellent popped corn? Well, at a metre tall, it has to be stored on one of the kitchen chairs because it doesn’t fit in any of the cabinets or on the counter.

Sadly, the big bag will only last me about two weeks of movie nights and I can’t really justify buying another one until the end of the season — but for those two weeks I will savour the buttery goodness.

I’ve reviewed several non-fiction journalistic works in the past — most recently Chernobyl Prayer. John Hersey’s Hiroshima is in a similar vein though, make no mistake, it is a different book from a different time. Published in 1946 and updated in 1984, Hiroshima documents the destruction wrought by the atomic bomb dropped on Hiroshima on August 6th, 1945. Hersey follows the stories of several survivors and details what they witnessed and experienced. The writing is blunt, detailed, and seeks to present a picture of the consequences of the bomb on citizens of the city and the after effects of the devastation.

However, Hiroshima is by far and away not as complete a picture as Alexievich presents in Chernobyl Prayer. Comparing the two makes it immediately obvious that Hersey’s book falls flat in several ways. Yes, he describes the atomic bomb. Yes, he describes death, illness, injury, and destruction. But there’s something about it that seems incomplete somehow. Probably because Hersey’s writing style transforms the words of witnesses into his own. He takes their accounts and puts it into his writing style to create a unified book, whereas Alexievich preserved both the voices of the interviewees and her own presence as she spoke to them. As a result, Chernobyl Prayer feels more immediate and more human and is therefore more impactful.

Reading Hiroshima felt like reading a well-researched but rather dry article. All of the words are there and should have more power than they do. The writing style just really holds them back and renders them very distant. That being said, for 1946, this book would have been something very different and it inspired many other similar works. Because of its influence, Hiroshima remains an important read.

Hiroshima follows the stories of six individuals who lived through the bomb — a clerk, a seamstress, a doctor, a minister, a surgeon, and a Catholic priest initially from Germany. There are five chapters each with six sections — one for each person. The structure is very solid and very strict. It lends itself to the dry article feeling. While I was reading the book I found it a bit cumbersome, because Hersey built an impetus that made the reader want to keep reading an individual’s story straight through to the end. The cut off between storylines in each chapter were jarring. Sometimes, I found myself having to go to the previous chapter to see where the individual was when last I read of them.

But I will say, in retrospect, I’m not sure that another structure would have really suited this book. If the individual narratives were presented beginning to end, I don’t think it would have improved the reading experience. Once again, I think the style is what is holding the book back. For a book published in 1946, on what would be a controversial subject, Hiroshima is great. But, for a modern reader, it’s stiff and stilted in terms of prose. That shouldn’t detract from the attention it brought to the issue of the use of atomic weapons and their horrible impact both in the moment the weapon is used and in the decades to come. Hersey questions whether science has gone too far and what it has cost. Those are not easy questions to ask and answer modernly, let alone in 1946.

Now it’s time to state the obvious. The perspectives in this book are limited. Hersey makes quite a few statements on Japanese culture and the “Japanese character” that are ultimately just racist but were typical of the 1940s. There is no doubt that what looms over all of the narratives is a very American viewpoint. The individuals in the narratives are also not very typical of the population. Half are very Christian (two members of the clergy, and one who later becomes a nun).

If you’re interested in a Hiroshima narrative that is free of a Western filter, I would strongly recommend the Barefoot Gen series by Keiji Nakazawa or Town of Evening Calm, Country of Cherry Blossoms by Fumiyo Kouno.

Hopefully, for my lovely spouse’s sake, the less embarrassing signs of summer will come our way soon. Things like fireflies in the backyard, iced tea in the afternoons on the veranda, lots of malted milkshakes. Summer can be a difficult time of year for me. It can be busy and that can be very stressful.

Already work is ramping up, but I’m trying to be calm and just mindful complete each task as it comes our way.