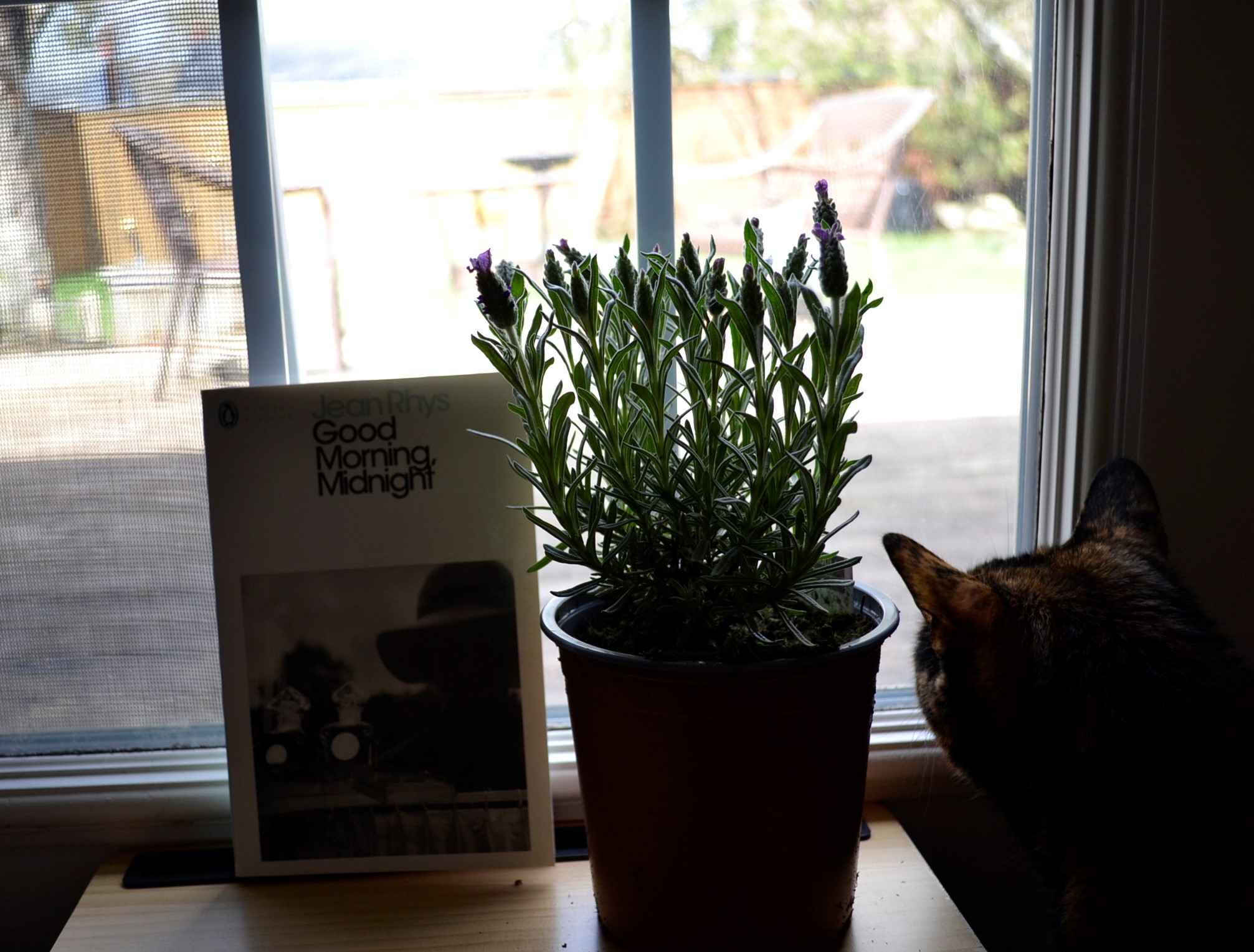 Rainy days in this house are cozy ones. We draw the drapes on the sitting room windows, feed the chilly, damp birds outside, and then settle in to a day of lamplight and the crackling of the electric fireplace. I do still worry about the basement and where all of that rainwater outside will end up, but I’m doing my best to let that go and just listen to the rain outside.

My lovely spouse has always liked the rain. She’s the one that’s always waiting to get out the rain boots and get out into the wet weather. In fact, she’s the one that insisted we get our new pairs of top-of-the-line rubber boots and learn the best way to put a scarf around my hair so that my curly hair doesn’t get even frizzier than it already is. She’s always so excited to see the new growth of spring flowers and buds on the trees — and that’s even with her rather severe allergies.

It’s through her that I most enjoy the spring weather. I can’t get enough of the way her face lights up when I point out the first snowdrops.

One of the most distinctive aspects of Jean Rhys’ novel Good Morning, Midnight is its use of stream of consciousness. The narrative is less of a construction of chapters, scenes, and events, and is instead a constant thread of thoughts, emotions, and introspection on the part of the main character. In this case that character is Sasha Jansen, and the reader is tracing her self-destructive journey through Paris as she returns to it trying to reconstruct her failed marriage and the memories she associates both with her husband and with her struggle for independence.

Rhys masterfully creates a sharp and palpable sense of dissonance as Jansen wanders through a city that is her home but isn’t her home at all. Jansen is an outsider in multiple senses. A Londoner in France, married but a grass widow, she is attempting to reconstruct the pieces of herself that she knows are gone forever, trying simultaneously to connect with her past in order to interpret it, and to completely disconnect from any human contact due to the pain she’s in.

Only stream of consciousness could really bring this complicated story to life in the way that Rhys needs to convey the complexity of the narrative as well as human senses of belonging and loneliness.

More compelling than even the skill of the writing is the stark feeling of pain the prose articulates. Jansen’s pain is pervasive. She moves through it. She thinks about it constantly. It colours everything she sees, every memory, every act. Rhys has achieved this intricate and difficult effect by the sheer force of the language she chooses and how she chooses to use it. Her sentence structures are simple but powerful. The flow of Jansen’s thoughts is relentless — but in a quiet way that, instead of overwhelming the reader, immerses them.

Between this aspect and the structure, Good Morning, Midnight is not an easy novel to read, but it’s a novel that is definitely worth reading. More than that, it’s worth reading carefully and thoughtfully. It needs that kind of space to achieve its greatest impact and to appreciate the mastery of Rhys’ writing.

I’m going to start this section with a trigger warning. This book contains a sexual assault and attempted rape. If you are a reader that avoids that type of content, this book would best be avoided.

The violence happens as the book is about to end and the pain of it and violation of it serves to illustrate Jansen’s pain and how much she views herself as dead but somehow still breathing. Unfortunately, the ending of the novel gets clouded by the fact that Rhys’ language becomes guarded and vague in a way that robs the ending of its power. I’m not trying to say that the assault needs to be graphic to have impact; that’s not true at all. What I am saying is that Rhys’ language becomes suddenly murky in a way that confuses whereas in the rest of the narrative that was far from the case.

Partially, I think this probably happens because Rhys was limited by what was publishable in the time during which she was writing. If she had been writing this book now, I think the ending would fit in more with the rest of the book and wouldn’t feel so out of place and nebulous.

Getting Ready for More Rain

Since it’s nearing the end of April and the snow has finally receded I know that I can expect more rain. I think this year, I might actually be ready for it and able to enjoy it instead of having my eyes constantly glued to our phone’s weather app looking at how many millimetres of rain we’re going to get.

My lovely spouse has even just purchased the first of our yearly plants. This time she’s going to try to cultivate lavender. The lilac bushes we put in last year have just started budding and we can’t wait for them to bloom. We’re planning on going to the Royal Botanical Gardens this year for their lilac blooming season.

There’s lots to look forward to!