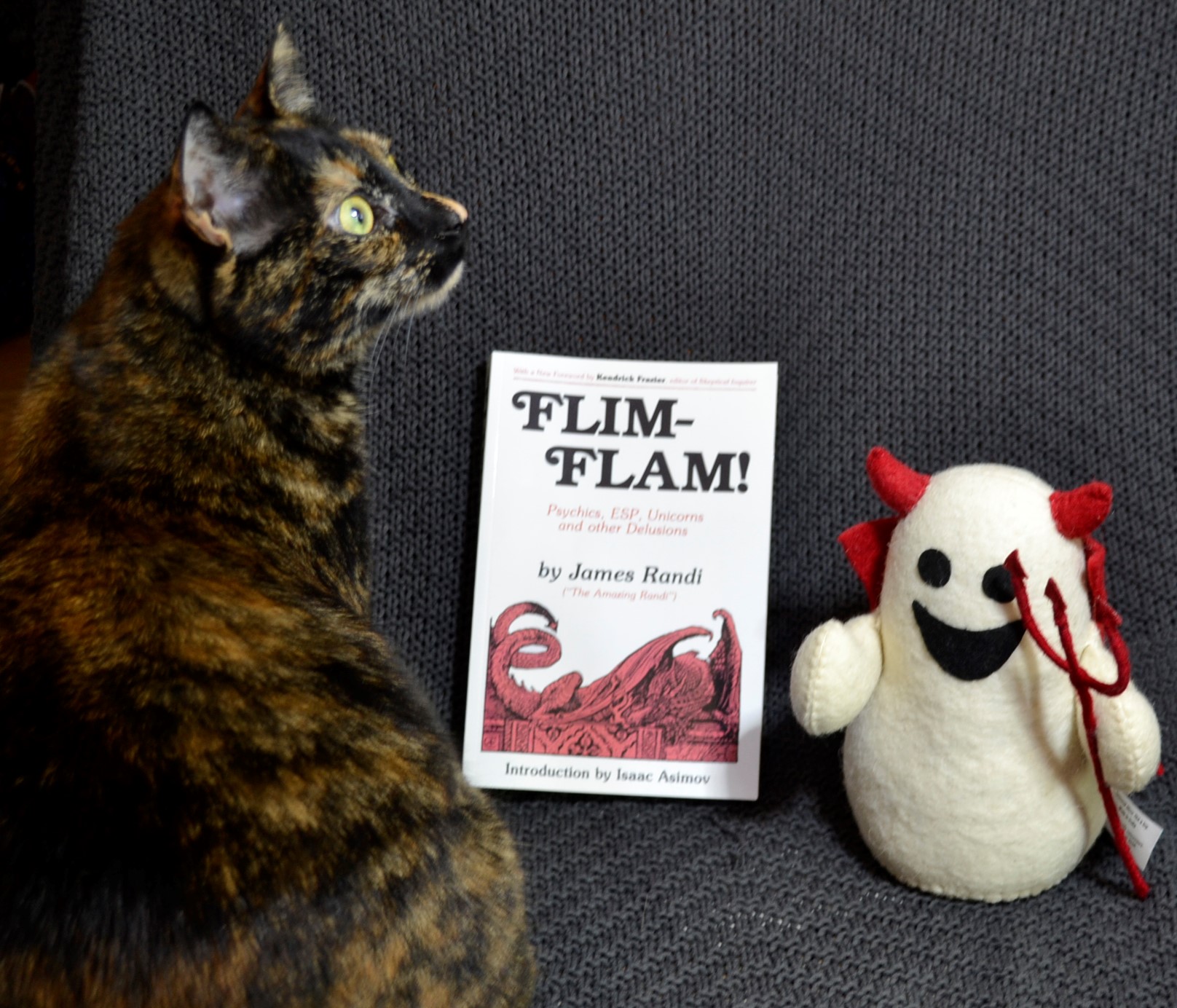 We’re used to raccoons here. Actually, we were used to them in Toronto too when we would look outside our apartment windows and see them scurrying along the road with little ones in tow. Now that we live in the country, it’s a whole new raccoon experience. We do see raccoons in a more up-close and personal way — meaning that they’re usually climbing over our fence or crawling down the lattice of our shed. We usually only see them a handful of times a year in the spring and fall.

However, this year there’s a mother raccoon and her two young raccoons in the neighbourhood. They don’t seem to care that I don’t leave out any seeds or any food whatsoever for them. They’re more interested in turning our patio furniture into a raccoon playground. For three mornings in a row, I’ve found the patio table upended and the chairs moved around. Plus, there have been little paw prints on our sitting room window.

Raccoons are cute and I love watching them play — as long as they keep moving towards a more suitable habitat. However, I’m not worried about them sticking around with so much rural landscape and forest around us. It’s part of the magic of living in the country.

This week I have another non-fiction spooky book — Flim-Flam! from James Randi (also known as “The Amazing Randi”) who is a dedicated paranormal investigator as well as being an internationally known magician and escape artist. Famously, he put up $10,000 of his own money to be awarded to the person who can perform any act pertaining to the supernatural or produce any supernatural phenomenon under conditions named by Randi which follow the tenets of a strict scientific experiment.

His adherence to the scientific method and his examination of flawed experiments of the past are the most enlightening parts of the book. My degree is in the sciences, so I greatly appreciate this kind of meticulous investigation. Randi writes in a way that is accessible to the un-academic reader but is also like a cosy sweater for readers who have experience in academia and the sciences. Reading this book was a joy and a perfect meeting of my interest in the supernatural and my scholarly pursuits.

Of course, Randi also takes apart the tricks and deceptions so the reader gets the satisfaction of knowing how it all was done.

It’s All in the Procedure

Randi extensively outlines the core tenets of scientific observation, investigation, and experimentation. Under properly controlled conditions, there has never been a successful display of any paranormal ability or phenomenon. There have been plenty who have claimed the opposite, but Randi painstakingly takes the reader through their claims and the flaws of their method, contradictory arguments, and just plain lies. As of yet, no one has been able to claim that $10,000.

It’s almost incredible that perfectly logical people could be so perfectly fooled by such simple tricks, but Randi examines the psychological principles behind why and how that happens. Randi takes apart historical claims like the Cottingley Fairies and dowsing for water or precious metals but he also delves into psychic surgery, table tipping, and claims of Atlantis and the Bermuda Triangle as well as UFOs. He’s delightfully sarcastic and shows a very appropriate amount of disdain for scammers and flim-flammers that prey on the vulnerable and are in it for the profit. He also accounts for those that have been taken in by their own flim-flam and believe in their own non-existent abilities.

Importantly, he provides resources that are from skeptics as well as the material from those that are pro-paranormal. He doesn’t want to bulldoze the reader, instead he wants the reader to think critically and form their own conclusions based on facts — not on deception or flim-flam.

The Importance of Scientific Inquiry

It’s not often that something moves me to tears in terms of films or books. The ones that move me to cry are the ones that I remember forever because of their power and importance and their ability to say something that’s absolutely vital to understand.

Alfred Hitchcock’s Rope makes me cry. Every time I watch it. When Rupert opens that trunk and then starts talking to the killers about how they have no right to play god. To decide that their victim‘s life was somehow inferior and doesn’t have worth. That justice is coming to punish them for their arrogance and cruelty.

This book made me cry. There is a section in the chapter ‘Gods With Feats of Clay’ in which Randi speaks to his critics who claim that efforts at debunking flim-flammers is the equivalent of “machine-gunning butterflies”. His response is so powerful as he talks about the pain caused by the Jonestown massacre and the ruined lives of those taken in by these frauds. The destruction they leave in their wake as they try to get money for nothing.  He talks about those that have made the ultimate sacrifice in order to try to shed light on these scams. He drives home the fact that film-flammers are hurting people and causing suffering and that will always be worth exposing for the horrible thing it is.

I’m going to remember Randi’s words for a very long time after I put down the book.

As the seasons change and the weather gets colder, myself and my lovely spouse have resolved to do some more walking around our little town. That means walking to our local independent bookstore for our weekly trip and some walking to the theatre instead of spending an outrageous amount of money on parking — saving the environment some noxious emissions in the process.

I know it’s going to mean some upped stamina on my part. I haven’t been walking as much as I should, but I’m excited to get back into the habit of spending some time outside and breathing some fresh air.