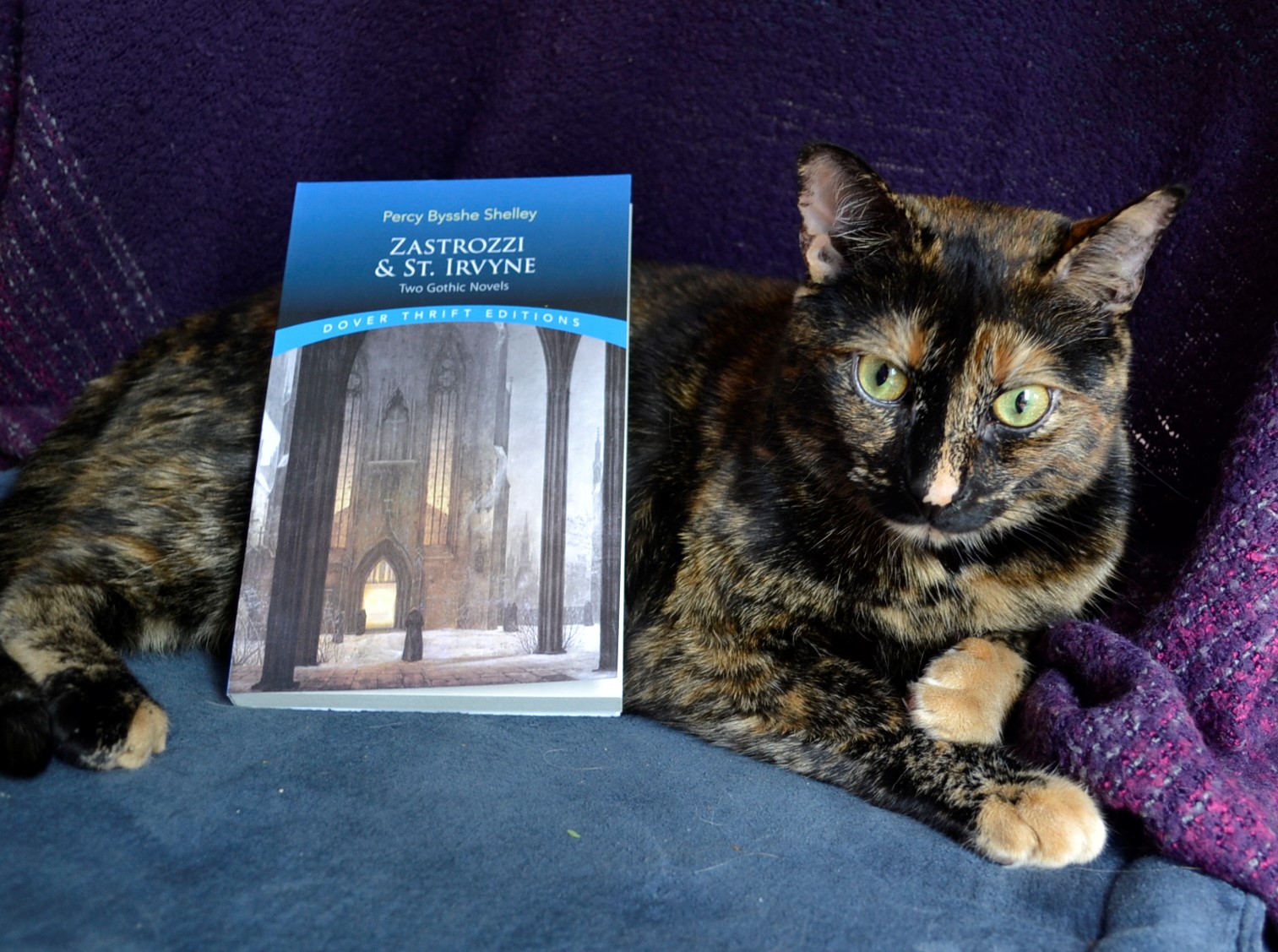 Excitingly, this is the week where the Halloween baking specials are finally underway. My lovely spouse gets so excited over the Food Network line of programs that it’s hard for her to sit still while she watches Halloween Baking Championship, The Big Bake Halloween, and Halloween Wars. I had to ban her from the internet while each of them are on because she used to frantically look up recipe after recipe and make plan after plan for so many Halloween treats that we’d never be able to eat them all in at least five Halloweens.

Now she sits and knits and gets just as excited — so much so that she drops stitches and then has to sigh and go back a row. She’s working on a beautiful shawl right now, and over the past year or so she’s been knitting and crocheting and brushing up on a lot of handicrafts. It’s great because she uses it to give her eyes a break from a day of looking at screens.

Dover Thrift is not only one of the most cost-efficient options out there, sometimes it provides a very thrillingly random selection. I was browsing through my local independent bookstore’s massive yearly shipment when I came across the name Percy Bysshe Shelley. I had no idea that Shelley had written any significant amount of prose, let alone two gothic novellas, so I was excited to stumble across this volume. I’ll discuss each novel briefly and separately.

Zastrozzi is a rather strange novel about a man named Zastrozzi who is seeking rather intricate and outlandish revenge against a man named Verezzi for unknown reasons. To complicate matters, there is the presence of Matilda, who loves Verezzi and, eventually, with Zastrozzi’s help, tricks Verezzi into marriage. Verezzi is in love with Julia, who he thinks is deceased. She isn’t. Disaster ensues.

St Irvyne is another rather strange novel, this time about a man running from some kind of darkness in his past. First, he falls in with a group of bandits, then he becomes involved with a woman who becomes just as depraved as he is. The two spiral downhill into a disastrous ending, brought about partially by a mysterious benefactor that has made a deal with the devil.

Both books are interesting enough, though in my opinion St Irvyne is definitely the weaker book. There are lots of twists and turns and a lot of spooky atmosphere.  Also, the length of each one allows for them to be read quickly in the curse of one gothic-themed evening.

Shelley was a brilliant poet, but that in no way means he was a good writer of prose — let alone at seventeen years old when these novels were initially written. Both have factual and logic errors, strange names, weird turns of phrase, overblown overdramatic writing, and utter cheesiness. There’s so much fainting it’s hard to believe that these characters get anything done. There’s overwrought crying and illnesses, and just about every element of bad writing there is. Honestly, it felt like reading very bad fanfiction.

There’s a moment in Sunset Boulevard where William Holden’s character Joe Gillis takes Norma Desmond’s (played by Gloria Swanson) script in his hands, sits down and says that sometimes it’s fun to see just how bad bad writing can be. That’s what I was reminded of reading these two novellas. Yes, they were extremely badly written, but they were an awful lot of fun to read.

Even in all of the muck that are these novels, there are moments when you can see the future Percy Bysshe Shelley shine through. St Irvyne, especially, contains a lot of songs and verses that are a shocking contrast to the bad writing they are surrounded by. This is part of why I like reading a writer’s complete body of work. The masterpieces that a writer is known for are profoundly powerful, but even the not-as-well-known pieces can have moments of future brilliance or be an essential part of a writer’s evolution.

Sure, these novellas are terrible, but reading them helps a scholar understand more about Shelley and his process of becoming the writer and poet that is studied so extensively today.

Before I owned a house, I used to think that as soon as the leaves started to turn the garden chores were over. No. Not even close. There are eaves to clean out and windows to wash. The garden has to be prepared for winter. This year we are determined to burlap the plants properly and try our best to protect the lilacs from our little wild bunny friends.

We also need to let go of some of the tasks that we had slated for this year. The porch that absolutely needed to be worked on this year will have to wait for the spring. Some of the garden beds we were hoping to start building will go back to the planning stage. I’m trying not to be disappointed or angry at myself. It’s okay to let it go. There’s always next year.