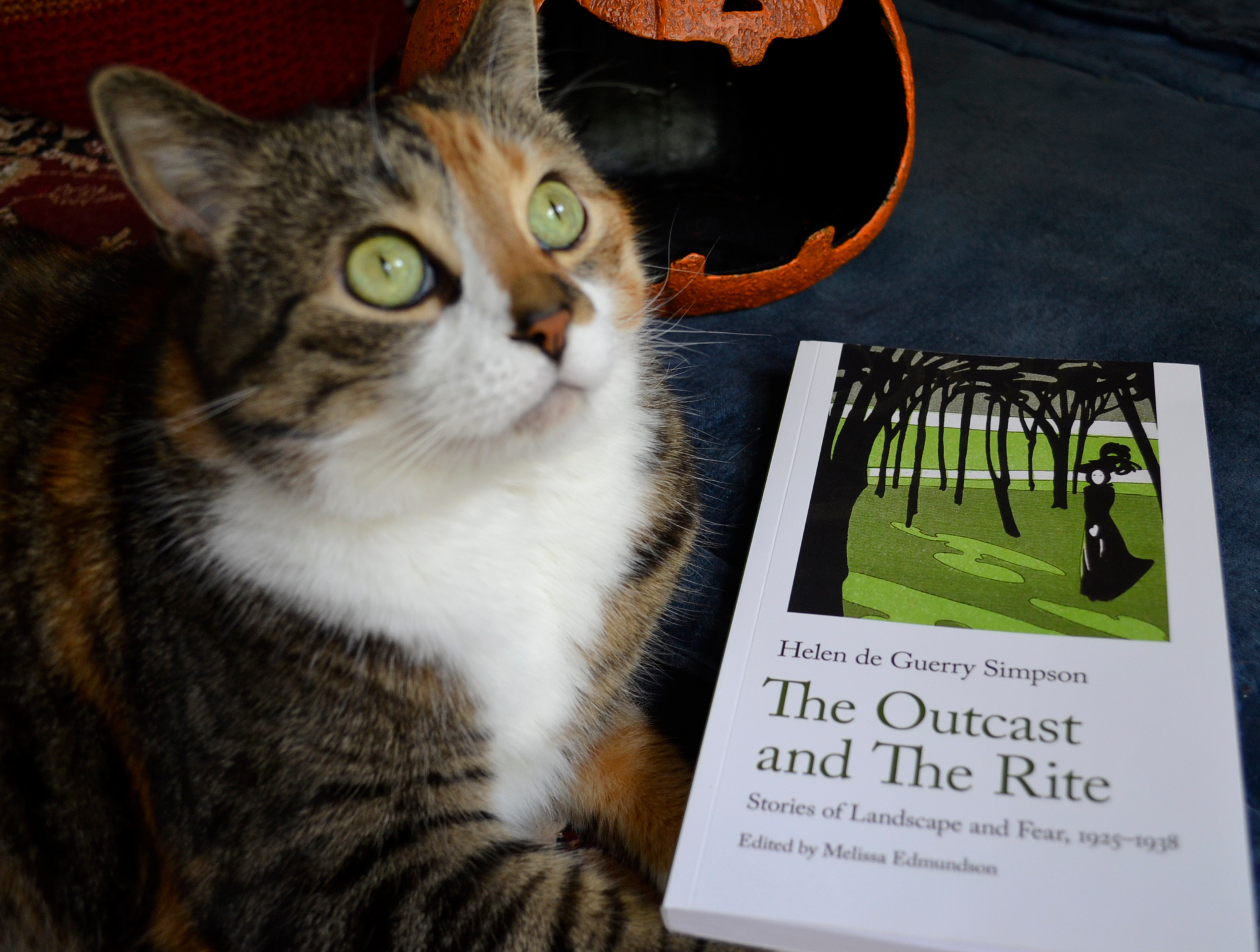 Return of the Squeaky Friend

So, after an idyllic period during which we thought all of our squeaky friends under the porch were wonderfully re-located, I saw one of them yesterday. And I suppressed a sigh. We set the trap, and so the hunt begins all over again. I’m calmer this time. I feel a bit older and a bit wiser and that’s adding to my serenity at this point. I’m looking outside the sitting room and just trying to focus on the birds. We’ll catch the squeaky friend when we catch the squeaky friend and it’s not a major disaster.

As for the birds, we’ve had quite a lot of pigging out at the feeder as the weather gets a bit colder. The chipmunks especially have been cleaning me out of peanuts which I watch hop cutely away in their overpacked cheeks. The trees are just beginning to turn too, but we’re still mowing the lawn and weeding when we have to. It’s definitely transition time.

I’ve gleefully noticed that for the last two or three years there’s been an emphasis on the forgotten women writers of weird fiction. When I was a kid, I loved true crime and ghost stories, horror movies and documentaries on hoaxes and hauntings. And I was judged for that, mostly because I’m female and, “Little girls aren’t supposed to like those weird things.” It didn’t stop me, but it did upset me. So, years later, I’m glad to see books upon books of spooky stories from female writers. It soothes a sore spot in my child-self.

Helen de Guerry Simpson was an Australian writer whose career is quite extensive, though she’s been lost to time in terms of notoriety. Handheld Press has re-printed thirteen of her unsettling stories in a lovely little volume that’s a joy to hold in your hands. I find I’m quite fond of the design of it, partially due to the eeriness of the cover image and partially because it reminds me of textbook design. I was always envious of my lovely spouse’s English textbooks.

It’s All About Atmosphere

The real art of de Guerry Simpson’s stories is in the atmosphere. It’s what makes her stories spooky. It’s what drives the plot, and descriptions of the landscape actually take up more space in the narratives than characters or actions. In some ways, that’s a great thing and it really works in my favourite stories in the volume — ‘Grey Sand and White Sand’, ‘The Rite’, and ‘An Experiment of the Dead’. In each tale, the setting heightens the effect of a painter losing his mind, a young woman journeying into a forbidden wood, and a condemned woman trying to escape the inevitable.

Of course, this atmosphere-first structure is not always quite as effective as it could be. Some of the thirteen stories do drag a bit. Others are rendered almost incomprehensible. On the whole, this collection is definitely worth a read, but the reader needs to treat it with a more meditative attitude and not expect the jump scares promised by other spooky stories.

Some New Twists, Some Old Clichés

De Guerry Simpson has taken some clichéd spooky stories and put a superb twist on them in. In the case of ‘An Experiment of the Dead’, it’s what makes the story what it is. A person awaiting execution turning to the supernatural to try to escape their fate isn’t exactly an original premise, but what is original is de Guerry Simpson turning that on its head and writing an edit that’s a perfectly unnerving punch in the gut.

However, sometimes even the twist doesn’t change the cringing quality of the cliché. ‘Good Company’ is a possession narrative that seeks to be different — but ends up being a bit too different and not in a way that really subverts most of the tropes of possession narratives. Yes, the possession ends up saving the narrator — but there’s a lack of clarity in the action sequence at the end and far too much exposition in the first part of the story.

Twisting clichés can make for a fantastic story but, unfortunately, it’s a difficult device to use to maximal effect. And the writer needs to use it to maximal effect because any kind of technical shortcomings become immediately obvious.

Return of the Swamp Bus

I am not looking forward to checking for squeaky friends every evening before the lights go out in the sitting room — but, at the same time, the idea of a few moonlit drives isn’t exactly unpleasant. It’s the season of yellowing cornfields, rustling reddened trees, and harvest moons. The bugs finally take a break so that I can enjoy the night air and the chill of frosty mornings watering the garden.

So, squeaky friends, while I definite didn’t miss you, I can’t exactly curse you as vehemently as I did last month.