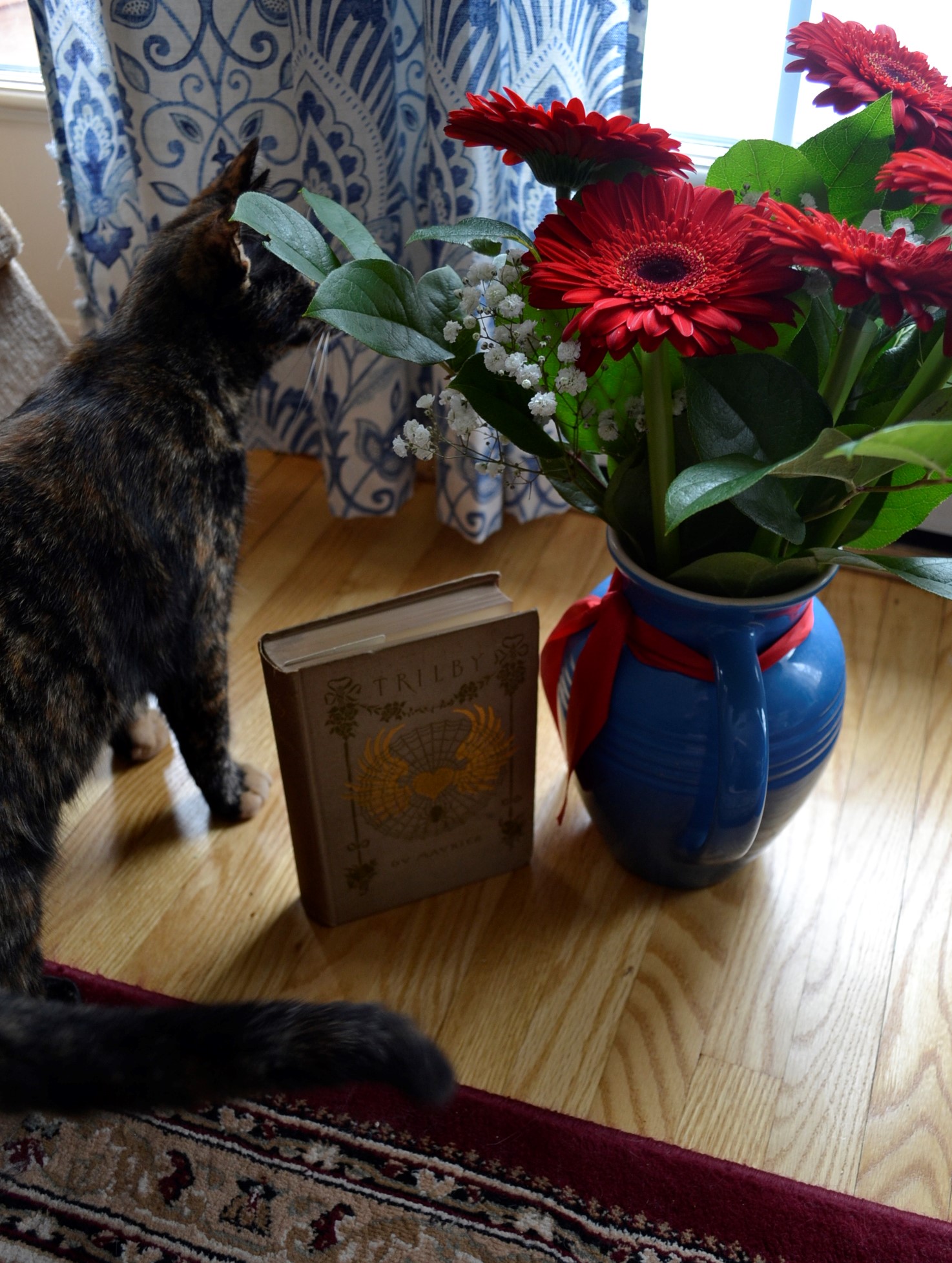 A Language of Our Own

My lovely spouse and I first met in high school and from that moment we created our own language. I’m not talking about getting a sheet of paper out of our school binders and writing down codes and words and trying to somehow make that into a grammar and an easy-to-remember lexicon. I’m talking about the organic way that we developed words and phrases that no one else can easily understand. So much so that before each family video call we have to remind each other not to slip into the colloquialisms we use every day. Here’s an example for your perusal:

Me: It’s okay. I don’t feel very energetic either. There’s a gumdrop wrapped in rainbows where there used to be my brain.

Lovely Spouse: Well, at least the cats are still noodles.

Me: Yep, Bandersnatch has a chirp tail and Groucho is wrassling with her in the hallway.

So, to break that down, my lovely spouse apologized for not waking up with the alarm, and I said that I also was tired. Then she pointed out that the cats were still hyper and I said that Bandersnatch happily twitched her tail at the kitten and Rusalka was currently playing with her in the hallway. In that short bit of dialogue there was a reference to memes, to the Animaniacs reboot, Laurence Sterne’s Tristram Shandy, and the nickname that we have lovingly given Rusalka because her orange eyebrows and thick black colouring around her mouth remind us of Groucho Marx.

And that was a simple conversation. Language is such an adaptive thing that is so malleable to its surroundings, culture, and even moments in time. Words can be transitory or outlast the memory of their origin. The dialect that is unique to myself and my lovely spouse is something I treasure and I love to watch it evolve with every film we watch and every book we read.

How I Came To Purchase This Book

This book is one of the prettiest ones that I have come across in recent time in terms of book design and binding. Illustrated by the author, it is loaded with beautiful artwork that is just as much a part of the novel as the writing is. I saw it on the shelf in a huge used bookstore and I bought it based on the illustrations and cover art alone. Also I was drawn by the du Maurier name. George du Maurier was the grandfather of Daphne du Maurier whose work I’ve reviewed twice already.

When I arrived home and did a little research, I discovered that this book is the origin of the word ‘svengali’, which refers to a person ‘who, with evil intent, dominates, manipulates, and controls another’ (Wikipedia). I’ve encountered this word relatively often in my research into forensics and criminal cases because it’s also the name of a relatively common legal defense used in trials.

So before I even started reading it, this book had caught my attention — though I should have known that it isn’t best to judge a book by its cover. Or trivia.

The Thin Line of Satire

Du Maurier as a cartoonist for the very famously satirical Punch Magazine, and as such his writing is satirical in nature — mostly. I wouldn’t exactly call Trilby satirical, though it does have several tongue-in-cheek phrases and descriptions and things that are supposed to be funny, as well as insightful. In general, the writing is what I would call ‘sharp’. Clear and concise, du Maurier keeps the pace of the story quick and engaging which makes it easy to read even this over 400-page novel in a short amount of time.

Svengali is a musician that cannot sing, but trains others to sing. He becomes obsessed with Trilby — a woman that cannot sing on her own but can under Svengali’s hypnotic influence. What follows is a tale of tragedy that starts in the world of art students in Paris and ends on the stage.

A warning is in order for Trilby because, though it was very popular for its time, that time is long past and much of what is in the novel has not aged well. Du Maurier’s sense of humour is one that 1895 found acceptable but thankfully is not acceptable any longer. There are stereotypes, sexism, racism, anti-Semitism, and horrible language that should have never seen print. It’s repugnant and it makes the novel a hard read.

Usually I review books that I recommend everyone read regardless of whether the reader is a scholar or reading for entertainment. However, in this case, I think Trilby is definitely a work that should be limited to those that have a knowledge of the time in which it was produced or are studying this specific era of literature or history. It’s an example of a popular Victorian novel, but it’s an ugly example with ugly things in it that I would not in any way recommend for a general audience.

Language is constantly evolving and our language is no exception. My lovely spouse and I both work from home — she owns her own business and I help her run it. That means we spend twenty-fours a day together and usually, when we aren’t sleeping, we’re talking about anything and everything. We discuss every bit of media we consume — books, tv, music, and films. We take all of that discussion and all of those ideas and weave them into our vocabulary and our grammar until we have something uniquely ours.

I know that it’s not likely that our words will outlive us, but that doesn’t matter in the pure joy of the moment when I repeat a reference or use a word in a new way that makes my lovely spouse laugh until tears come to her eyes. And thusly a new word is added to our burgeoning lexicon.