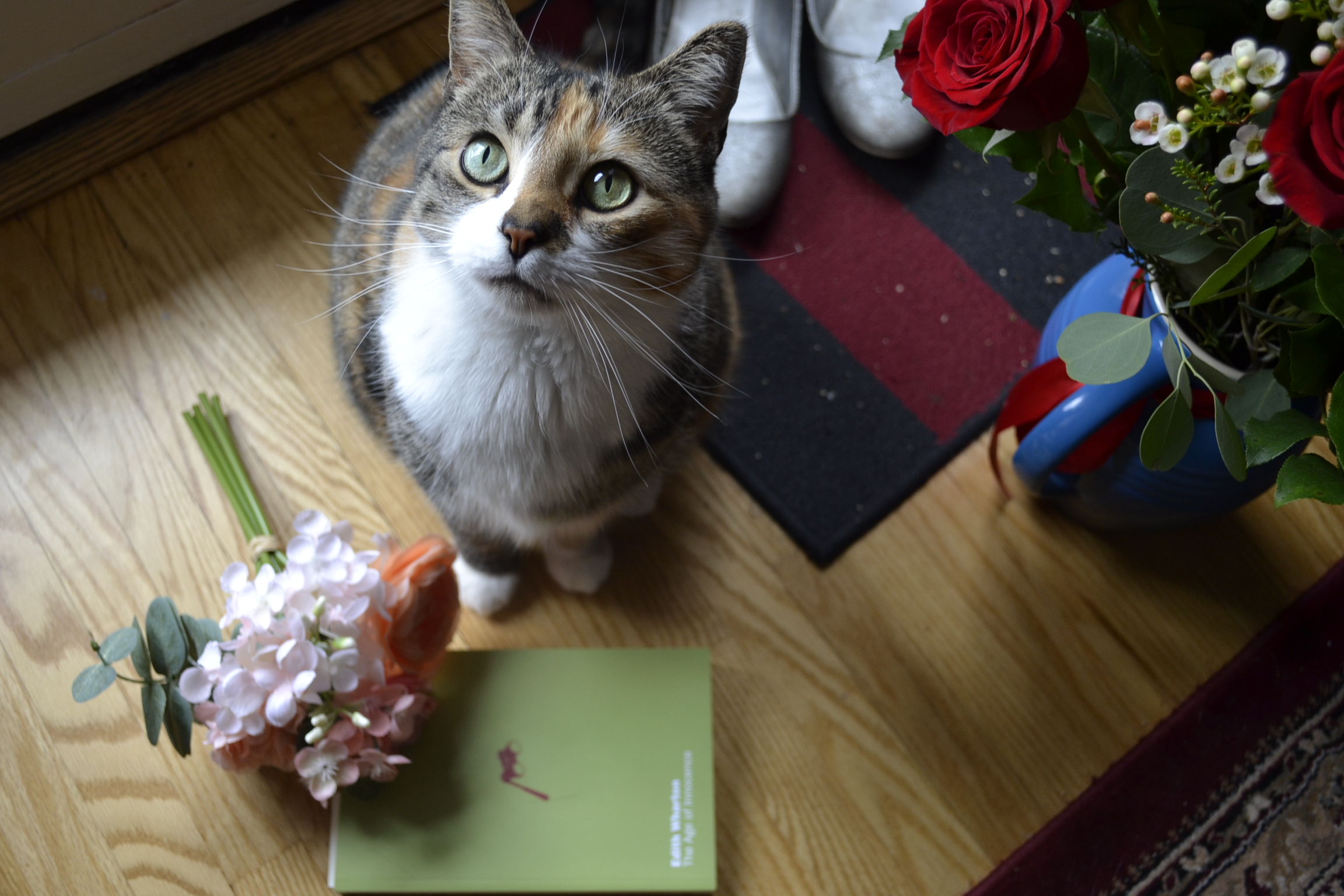 Today wasn’t easy. My anxiety has a particularly hard time with medical appointments — even if they aren’t urgent or anything more than routine check ups — and that’s exactly what I had to get through this afternoon. I know that I’m fine, and that I’ll be fine, but it’s hard to tell that to the sick feeling in my stomach and the nervous tears that I just can’t seem to stop. I can’t tell my brain to stop coming up with nightmares for me to think about every second leading up to tests and every seconding waiting for results.

When the appointment was over, my lovely spouse brought me to get books and coffee and even though I’m still scared, I feel a bit better. I feel a bit better because I can feel her love and her affection and it gets me through the worst of the fear. She makes me pause and see how beautiful life is and how lucky I am to be living it. She reminds how precious every moment with her is. That’s what health really is to me. It’s me, trying to live every second I can, because I get to live it with her.

It seems that Edith Wharton’s The Age of Innocence is experiencing a small surge of popularity.  The film recently aired on TCM. There’s been an article about it in The New Yorker. I’ve had the novel in my stacks for quite a long time, but this sudden interest in it made me read it all the sooner.

The book is focused on a young lawyer named Newland Archer, who is enjoying his high place in New York society in the 1870s. However, his feelings about that society begin to change with the arrival of Ellen Olenska — a childhood friend who has returned from Europe after leaving her husband.

Wharton’s novel focuses primarily on the nature of high society and the shallowness of it along with its customs, practices, routines, and beliefs. When you read The Age of Innocence, you’re immersing yourself in a world of gossip, family politics, bloodlines, visits to the opera, drawing rooms, and veiled insinuations. Her prose is sharp but lush at just the right moments. The dialogue shines and so does her descriptions of interior spaces.

A Discussion of May Welland

There’s been a lot of analysis on the character of Madame Olenska, but in my opinion it’s in the writing of a character like May Welland that Wharton truly shows how masterful of a writer she is. New Archer falls in love with Welland’s innocence, thinking that he’ll teach her about the world, and that she’ll see it through the lens that he provides. However, Welland’s innocence really isn’t a complete one.  She knows more about the world and how high society functions than Archer supposes and Wharton writes her in way that keeps the reader guessing about just how much she knows and what she is thinking at any given moment.

One of the themes of the novel is the avoidance of scenes and Welland’s skill at saying nothing yet everything with just a few subtle actions that are distinctive yet still vague is something that to see executed is to be amazed. There’s not a lot of things harder to learn as a writer than ‘show; don’t tell’ and this technique is the fullest expression of the art of learning how to show the reader what you most want them to see — and in a way that retains the mystery of showing them little direct information.

I think one of the things that I found most intriguing about The Age of Innocence was the reversal of typical patterns of agency in the narrative. Usually in books from this particular time period, it is the male characters that have the core agency of the novel. By that, I mean that usually it is the male characters that propel the plot forward, that the reader is given the most detail about, and that make most of the decisions of the novel.

In this case, it is the female characters who perform these functions. Newland Archer is the main character, yes, but is constantly hesitant, complacent, passive, pulled in different directions, and reacting to the actions of others. Though the reader has less insight into the thoughts of the female characters, they are the ones that have a sense of agency to them. They form the backbone of the plot and events of the novel. Mrs Manson Mingott serves as the matriarch of New York society. May Welland is one of the most complex of characters. It is the female members of the Welland extended family that are focused on, and Newland Archer’s family is composed of his mother and his sister.

It makes it a more than apt selection for Women’s History Month.

So the appointment is behind me and now I’m just left with the feeling of being tired and upset. I just try my best to calm down, and read. The prose seems to slow down my racing thoughts and replace the nightmares with a story. Tonight, I’ll probably do quite a bit of reading, hopefully some writing, and watch a movie or two.

Lately, we’ve invested in PVR, so all the movies that were on too late at night are now suddenly available for us to watch. It’s only been a week, but I’ve been enjoying it so much. It feels like we have double the classic movie channel!

So that concludes the second week of Women’s History Month selections. I’ve got a few selections lined up that I’m racing to finish so the possibilities for next week are an Iris Murdoch, a Janette Turner Hospital, Irène Némirovksy, and a Leonora Carrington. I’m so excited to read each and every one of them, it’s going to be hard to choose!