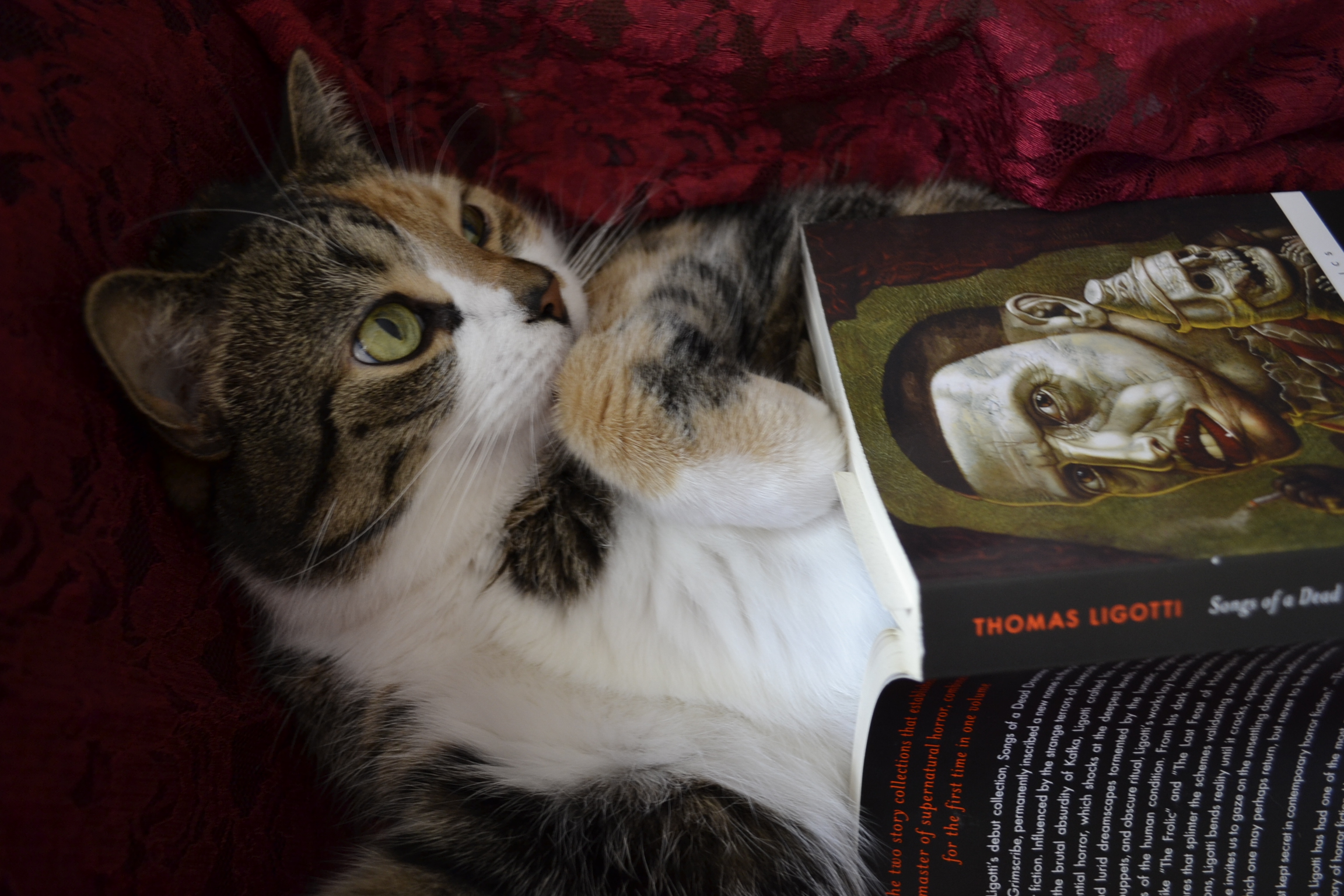 Christmas in July, Halloween in August

Christmas in July this year manifested for us in a few commercials for furniture stores, and two weekends of holiday specials on the Food Network. At first, I admit, I thought it was more than a bit silly to be watching gingerbread houses being constructed and cookies being baked while the temperature in the backyard rose to over thirty degrees Celsius. But after a few hard days full of work stress, I warmed up to idea as the weekend television warmly burbled out the familiar sounds and colours of my favourite holiday season. It was comforting. A sprinkle of something I look forward to when December finally rolls around.

However, my lovely spouse gets all those warm fuzzy feelings for Halloween, and as we re-watched our favourite bits of impossibly huge displays of Santa Claus scenes constructed of nothing but frustration, chocolate, sugar, and cake, I realized that she doesn’t get that the-holiday-I-most-want-to-celebrate-even-though-it’s-an-obnoxious-amount-of-months-away-and-television-is-somehow-attuned-to-my-July-mood feeling. Because there is no Halloween in August rush of television.

Well, this August, I’m bringing Halloween to Old Paper & Cats, and I’m busting out my Vincent Price Masterworks boxset. Because I love my lovely spouse, and I can’t change network programming. But I can do my best to give her a little piece of Halloween with a weekly Halloween-themed review.

Two Collections in One

This Penguin Classics edition is actually composed of two of Thomas Ligotti’s short story collections (Songs of a Dead Dreamer and Grimscribe), so reading it is reading two books in one. Though there are themes and tones that stories across the collections share, there is a distinct difference between them as well. Most obviously, the second collection (Grimscribe) features more lengthy stories — ‘The Last Feast of The Harlequin’ being nearly novella length.

Ligotti’s work falls I think mostly in the category of supernatural horror, in the sense that his stories include ghosts, monsters, other worlds overlapping our own, and experiments gone wrong among other elements that are definitely beyond the natural world. However, Ligotti uses these elements in a way that is always unique. I’ve read a lot of stories that include vampires, but not the way that Ligotti describes them. I’ve read stories about ghosts, but not about ghosts that trap relatives in an eternal purgatory of ghostly Christmas Eves.

One thing about Ligotti is that he constantly surprises you. Don’t expect a typical story, even though the premise might initially strike you that way in the opening few paragraphs.

Another thing to note about Ligotti? You have to expect to think. Sometimes, when I’m in the mood for a horror story, I’ll pick up a collection and know that I’m reading a good yarn that is just and only that. But Ligotti interweaves an existential dread into his stories and concepts that keep you thinking long after the story ends because they haunt you.

There are themes of urban decay in some stories, while others are more in a gothic style. Structure is carefully considered and so are word choices and phrasing. Some are set up like lectures. These stories transcend the good yarn and are firmly rooted in literature and literary thought.

It’s All About Atmosphere

Ligotti is a master at creating atmosphere and wording descriptions that are both spectral and have a concreteness to them that succeeds in being utterly disturbing. For an example, here is a description of the voices of vampires.

They had a language all their own, a style of speech well-suited to dead vocal organs. The words were breathless, shapeless rattlings in the back of their throats, parches scrapings at a mausoleum portal. Arid gasps and dry gurgles were their dialects. These grating intonations were especially disturbing as they emanated from the mouths of things that at least had the form of human beings.

Ligotti makes sure that the reader can vividly imagine the sound, but at the same time it’s terrifying and not anything you’ve ever heard before or hope to ever confront.

We gave her all of her favourite treats, petted her, spent time with her on the sitting room rug. We made sure she had a calm night and a peaceful morning of sunshine and all of the attention we could possibly give her. But we knew it was time and that she was in pain.

Together we held her while she took her last few breaths in the vet’s office, crying and telling her we loved her. That we would miss her. Always.

We only adopted her a year and a half ago, but she’s changed our lives forever. The bunny with the prettiest golden fur, and the biggest personality, I’ll always remember the million small things about Lucinda that made life interesting. The way she bumped into your knees when you sat on the floor, the way she would dance around your legs to beg for treats.  She loved apples, and playing with bunny toys that jingled. She would binky so high that it looked like she was flying, and run around the living room with a speed and style that is only achieved by happy bunny abandon. She chewed a lot of cords, and pillows, and books and the marks on them from repairs will be there long into the future.

My lovely spouse and I spent a long time crying and we’ll be crying for a long time to come, but I am grateful that we had that year and a half with Lucy. She was one unforgettable bunny and she will be missed, and I will never look at an apple without thinking about her.