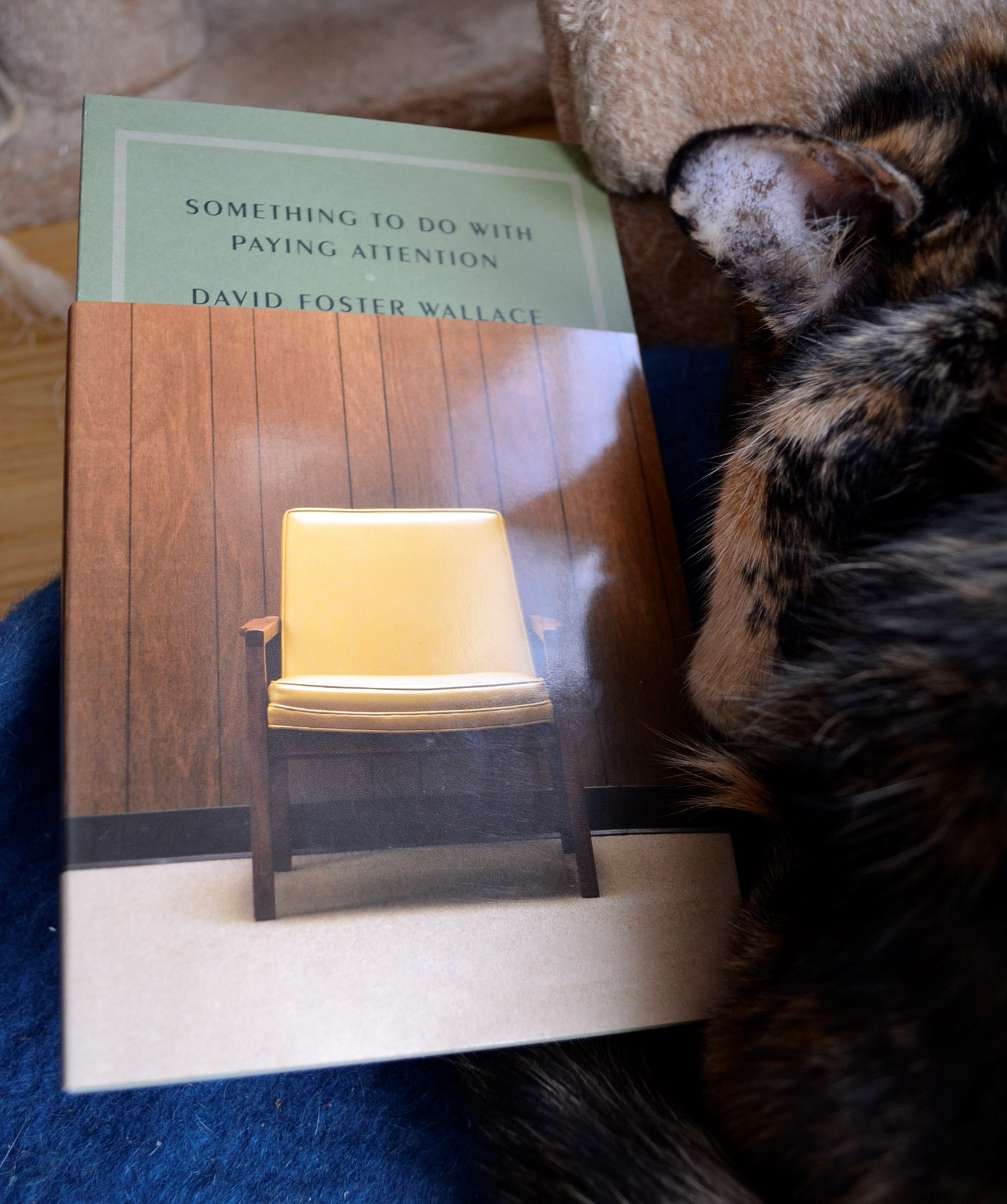 So, over the last week we’ve had about five or six straight days of five to ten centimetres of snow each — which means we’re basically under a very cosy white blanket of the cold stuff right now. It was so sudden this year. We had an unseasonably warm Halloween and then suddenly I’m trudging in my winter boots to fill the bird feeder right outside our door.

Normally, I would be delighted at all of the wintery weather goodness, but this year I just feel utterly behind. We had to do some emergency gardening when the snow started in order to get the pile of soil where it was supposed to go, and even then we missed some pretty essential tasks. The roses were wrapped hurriedly the next day. The leaves haven’t even fully fallen off the trees let alone have been cleaned from our eavestroughs.

When things don’t go as planned, sometimes it’s hard to let go of what should have happened and accept the new realities of the situation. This fall has been an exercise in not judging myself for being too frazzled and busy. It’s okay. The house is not going to fall down because some snow sat on some leaves for a week.

Some Background to the Edition

Technically, the publication date on David Foster Wallace’s Something to Do with Paying Attention is 2022, because it is an extract from Wallace’s unfinished novel, The Pale King — specifically a monologue from one character that stands on its own as a novella — and though Wallace did consider publishing it himself, he didn’t end up doing so. It was instead left behind with other unfinished materials, notes, and papers that later was assembled into The Pale King.

That being said, Something to Do with Paying Attention is a good standalone piece and a more accessible one if you’re new to Wallace’s work. I do have a copy of Infinite Jest and The Broom of the System but the former is very, very long and the latter is complex both structurally and thematically in a way that can be quite daunting. I would recommend this one to anyone who is thinking of reading any of his longer work because it’s a good window into Wallace’s style and compositional technique. His writing is a lot about what isn’t on the page and is largely introspective with a marvellously intricate nature.

I will warn that it’s also a window into the caveat of a lot of literature from this era in particular. There is a cringing amount of racism and sexism. Female characters are mostly flat stereotypes with functional roles that centre around men. Races other than white are treated as inferior. Some of these characteristics are meant to highlight the lack of insight of the narrator when it comes to those other than himself and his lack of empathy or understanding with those outside of his own demographic. However, the sometimes the execution was so unclear that I wasn’t sure if the cringe was because of characterization — or just the writer.

This novella is 136 pages and those pages are a steady stream of narration with no scene breaks, chapters, and limited paragraph breaks. I would recommend that one reads it in as few sittings as possible in order to preserve the feeling that Wallace is clearly trying to relate with his structure of man answering a question about why he entered the Internal Revenue Service. Wallace has painstakingly chosen words and phrases and subject changes and evolutions to capture this as the character’s sentences both cover the topic and retreat away from it, jumping between the past and the present, the more relevant and the less relevant. Wallace really performs a spectacular feat of writing as he preserves the idiosyncrasies of a singular voice speaking on a single subject over a novella’s length of time.

I read Something to Do with Paying Attention in three or four sittings and I really wish I had found a way to trim that down to one or two.

One of the central themes of Something to Do with Paying Attention is the generational conflict between the Baby Boomers and the Silent Generation. I’m a millennial and, as such, I am at most time hyper-aware of the generational conflict happening between my generation and my parents’. So, it was interesting to read that many of those same conflicts happened between my parents and theirs.

It goes to show that books written decades ago can still be every bit as relevant today — even if the generations change and the conflicts do too.

Fall Chores in the Snow

We should get a break from the snow next week and we’ll be out there with our ladder as soon as we can doing all of the things that we should have been able to fit in last month. However, as a silver lining, we’re probably going to use the opportunity to put up our Christmas lights. And we’re not the first to do so in the neighbourhood, which eases some of the homeowner peer-pressure when it comes to festive timing.