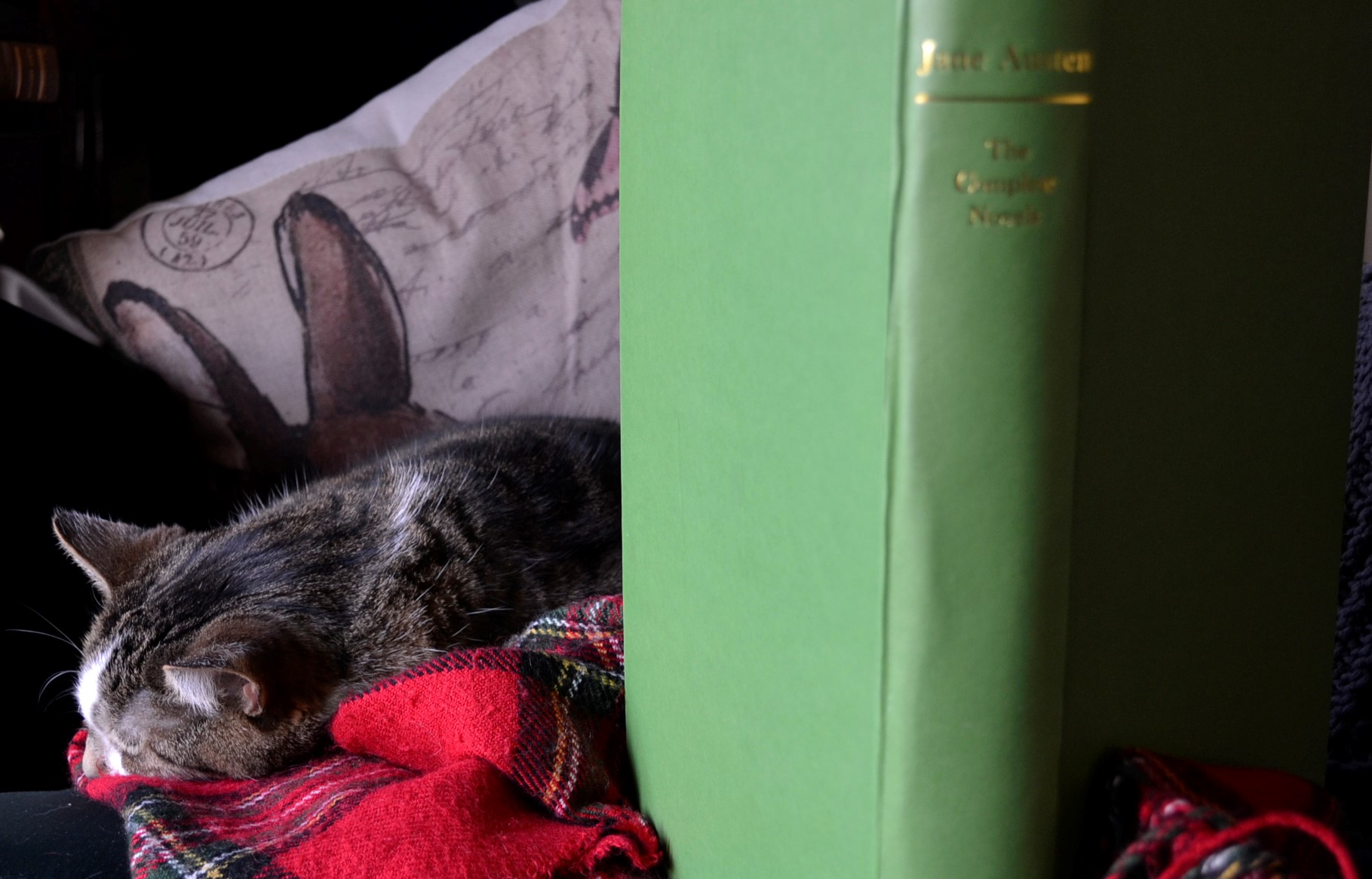 Why It Took Me So Long to Read a Jane Austen

I’ve been reading classic literature since I was very young, but the works of Jane Austen became a blind spot for me that has lasted until just recently. I’m by no means saying that I had good reasons for avoiding Austen’s work. Mostly, they had to do with acquaintances and the way they pushed me to read them. They portrayed the romances with the gushings that are usually reserved for popular mainstream films or books of the modern age. I heard a lot of glowing comments but ones that seemed to indicate that Austen’s work wasn’t my cup of tea. Bright. Sparkly. Light. Romantic. Those are not the words that draw me to literature.

And, so, that was the state of things until I met my lovely spouse and over the course of many, many years she gently pushed me to read at least one Austen because what I had been told wasn’t — at the very least — the entire picture of either the novels or Jane Austen as a writer. On her recommendation alone did I read Pride and Prejudice and — to my surprise — I liked it. It’s a complex work that is underrated for its complexity, despite how ridiculously popular it is.

Not Just a Famous Romance

When you read Pride and Prejudice, I would advise you to do what I know quite a few readers don’t tend to do: look beyond the romance. Yes, Elizbeth Bennet and Fitzwilliam Darcy and their budding relationship is one of the more driving plots of the novel, but Jane Austen is writing so much more than just a romance and a series of balls, visits, and social functions.

What Austen is actually writing about is the society of the early eighteenth century and the importance of marrying for love rather than money at a time when many people only considered finances and social status when it came to determining the suitability of a match. Some people married without meeting until the day of the ceremony and having exchanged barely a letter. Others got engaged after having danced only at a ball or two. Through Pride and Prejudice, Austen was proclaiming that one should marry for love and therefore should know who they are marrying and be in love with them when an engagement is contemplated, instead of the idea that love would grow with time long after the ceremony.

Austen expresses her disappointment at the lack of rights for women and the lack of education they often received. She makes a statement about how unfair property law was and how little women and their feelings were considered in the workings of society as a whole. How they were treated as pawns, property, or conveniences instead of people. She also criticized the women who complacently accepted their lot and only thought of balls and marrying instead of education and contemplating who they were as people and what they wanted out of life.

Authorial Intent vs. the Progress of Time

I admire what Austen accomplishes in her work and the statements she is making with it. My only sadness is that I know many readers don’t read it very deeply or don’t contemplate the complexities of what she is trying to say because they allow themselves to be blinded by the romance narrative as it stands on face value. There is a lot of subtleties in the writing and a lot of biting satire that I’m not sure is fully appreciated by most of the modern audience.

The New Yorker recently featured an extensive article about Jane Austen, her work, and the audience her novels currently have juxtaposed with the one that it was intended for. It’s a well-written article discussing scholarly opinion that is a good companion piece to whatever work by Austen you might choose to read.

I think out of all the books I’m reviewing this month, the answer to this question is the most obvious in this particular case. There are so many movies, books, and stories influenced by Pride and Prejudice that, even though it took me so long to actually read the book, I still knew a lot about it just through the references to it present in popular culture — not to mention other classic literature.

Whenever I come across a book that is so present in culture or has such an impact on literary tradition, I try my best to read it in its original form before I watch films or read books that follow closely from it. For me, it’s important to think about my own opinion of the primary source first, before I turn to analysis to expand my understanding. I think in cases where the novel in question is this famous, it’s more important than ever to take a step back and devote thought and time to just considering the writing and the primary source alone.

The Influence of my Lovely Spouse

So I’m going to go ahead and admit that I should have listened to my lovely spouse years ago and just read Austen’s writing instead of letting other readers unduly influence my reading. My lovely spouse is always recommending books for me from her studies or her own reading and, even if I don’t care for the book, I always love discussing books with her. I love the time we spend hunting for the forgotten classics of literature. I love the time we spend just talking about books and writing.

Our life is full of literature and full of reading and its one of things that we enjoy most about it. A perfect evening is one where we’re cozied up in front of the fireplace channel and talking about whatever books we finished that week and whatever books we’re looking forward to reading in the weeks to come.