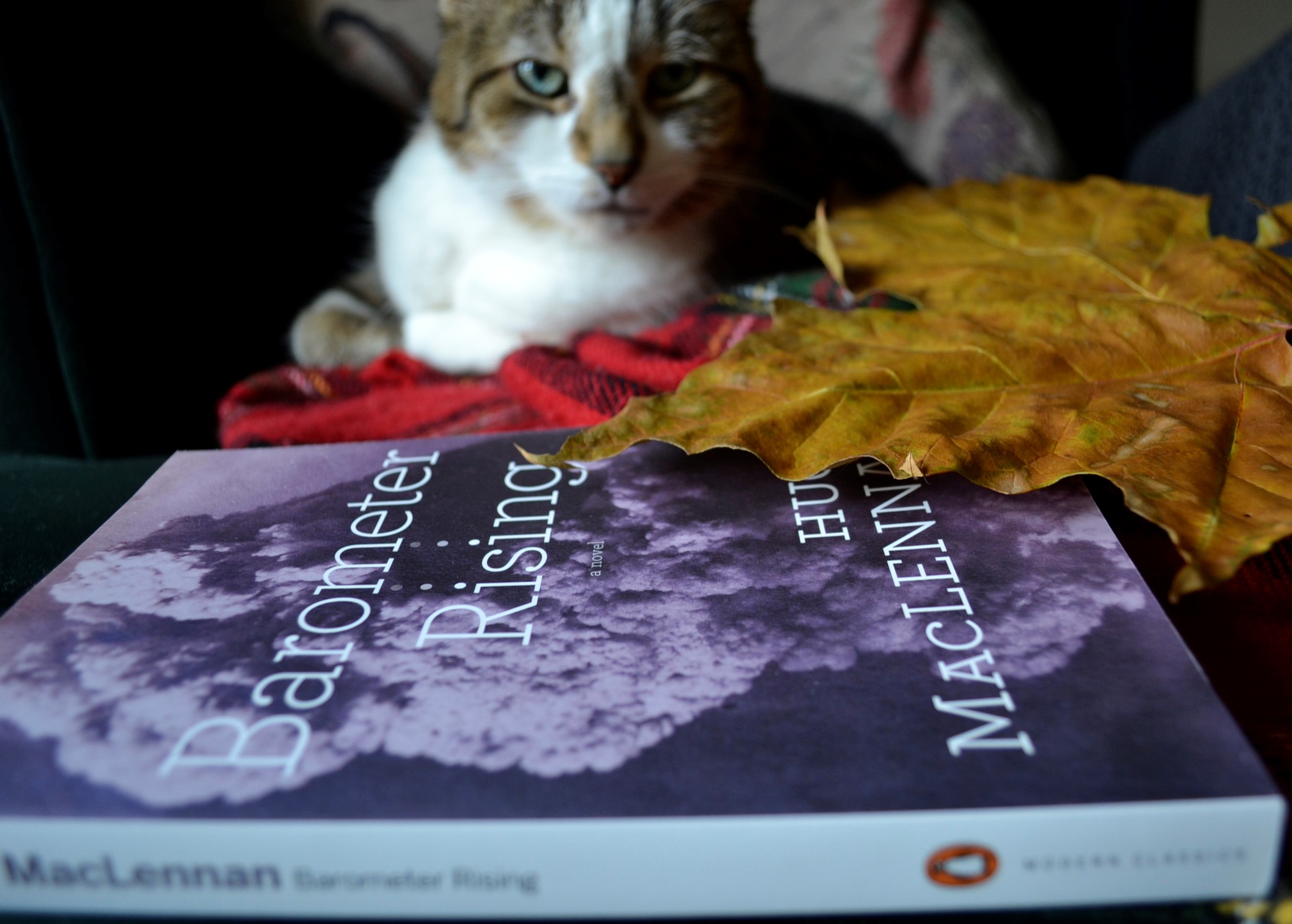 The Early Days of Winter

As November draws to a close, the leaves are mostly gone and there has been snow on the ground twice now. It’s disappeared each time, but it stuck around long enough to warn us about the inevitable deeply snowed-in winter nights of crystal quiet where, if you listen hard enough, you can hear each snowflake fall to meet the ones that have collected on the ground before it.

It’s my favourite time of year, because it’s the time just before the hectic commencement of the holiday season. We’ve already put up the decorations and we enjoy them in the final week of calm before the storm of preparations truly begin. Calm piano music plays over the crackling of the fireplace channel and we start to discuss plans for the end of the year and the beginning of the next one. It’s a quiet, contemplative time that gives us a chance to reflect on what we’ve accomplished and what the last year has brought us. It gives us time to process the harder stuff (Lucy’s decline and passing, the realities of the pandemic), and to celebrate in the happy occasions (our anniversary, Rusalka’s adoption).

The early days of winter will always bring this mood of quiet reflection and preparing for the holidays with my lovely spouse. This week I’m reviewing the last of the essential romances for the year, and one that is also a work of Canadian literature — in preparation for Old Paper & Cats’ Home for the Holidays feature in December.

A Love Story of Halifax

Hugh MacLennan’s Barometer Rising is the story of Penelope Wain and her cousin and lover Neil Macrae being separated by family, experience, and the first World War. It’s a romance that extends beyond the characters and into the setting of 1917 Halifax in the week of the Halifax explosion that changed the face of the city forever.

MacLennan’s writing is fast paced with a flow to it that makes it easy to keep turning pages as the story unfolds through multiple perspectives. Though the book was initially published in 1941, MacLennan’s style was easily beyond its time. I find myself frequently forgetting that I’m reading a novel that is nearly eighty years old.

Barometer Rising includes a detailed description of one of Canada’s unforgettable tragedies — that being the Halifax Explosion of 1917. MacLennan paints a vivid picture not just of the tragedy, but of Halifax itself and life for Canadians during the years of the first World War. He writes extensively of the Canada’s struggle for identity as a sovereign nation with a complex relationship to Britain and British politics. He also writes about the psychological and physical impacts of war as well as the differing attitudes of different strata of society towards the war overseas. Some saw it as an opportunity of advancement, others saw it as the horrible thing that war always is, still others believed the pictures propaganda painted.

I always find Can Lit particularly provides an atmosphere where this kind of multi-layered complexity flourishes.

The Art of Melodrama

I would not hesitate to say that this novel has more than a little bit of the melodramatic in it. A few of the twists and how they are delivered are classic to that particular genre. However, it is melodrama done well and that is not a meagre accomplishment. It reminds me a lot of the melodramatic films that I’ve often watched on TCM and enjoyed such as Imitation of Life and Mildred Pierce. The story draws you in and holds you and keeps you reading because you just need to know what happens next.

I would call this an essential romance because of its place in the canon of Can Lit. Also it represents a turning point in Canadian literature when it began to focus on Canada itself instead of having an eye steadily trained on the United States or Europe. In Barometer Rising, it is Canadian identity and Canada as a sovereign nation with its own distinctive population, mindset, and characteristics that is truly explored and discussed.

Though the driving plot is a romance, Barometer Rising is much more than a plot summary would imply. This novel is an example of why a short synopsis can often hide what a work is really about and what makes it worth the time spent time reading it.

The Beginning of the Holiday Season

So, the tree is up in the sitting room and the decorations are hung wherever we could find the space to hang them. It’s comfy and cozy and ready for all of the happy chaos that the holidays bring. Of course, our holidays are going to look at bit different this year. There won’t be any travelling and our usual trip into the city won’t be happening, but we’re trying our best to embrace the differences and enjoy the advantages of a Christmas purely spent at home.

There are local events to enjoy and drives through the countryside to look at the lights. A lot of things we normally enjoy in person — like the Santa Claus Parade — we can enjoy virtually this year. It’s not the holiday season we expected, but I’m grateful for the small things and the fact that we’ll have time to celebrate the simple joys that a holiday at home brings with it.