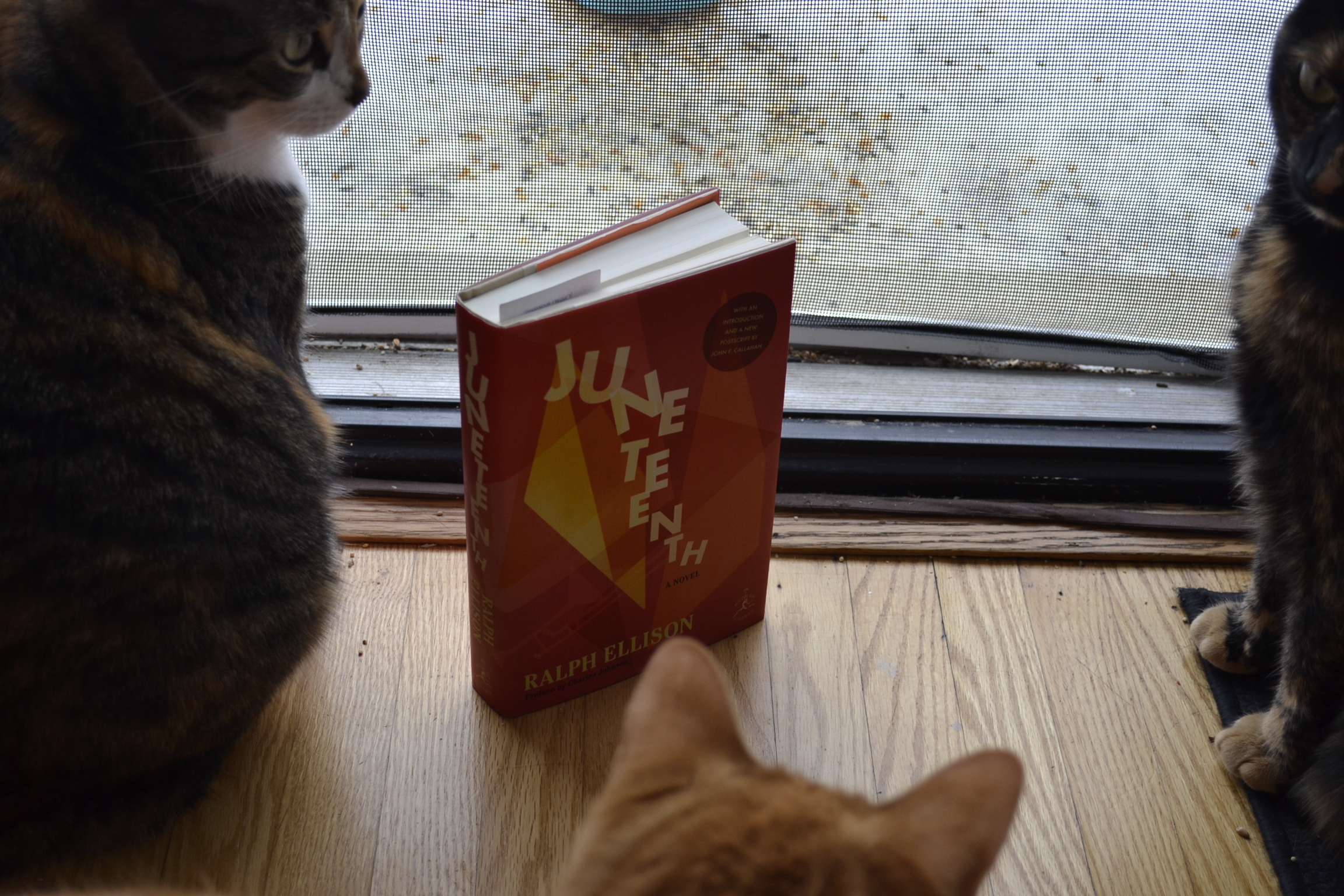 The weather has been lousy for the last week. Snow, I can handle well enough. But a sudden rainy thaw, followed by ice, and then followed by snow? There’s been shovelling, sliding, and sliding in a car when our road doesn’t get plowed in time for us to go get kitty kibbles. We’ve spent a lot of time inside and that’s meant a lot of time in front of the TV.

Thankfully, TCM has offered a lot of good film selections this month, including a feature for Black History Month that’s including classics like Stormy Weather and Freedom on My Mind — both of which I could easily watch a hundred times over. Also, we’ve gotten out the SCTV DVDs and it’s pretty easy to watch those over and over again. One of my favourite sketches is ‘Garth & Gord & Fiona & Alice’, which is a parody of the Canadian classic Goin’ Down the Road and features music from Stompin’ Tom Connors, guaranteed to get stuck in your head for at least a week. If you’re interested in some more fun tidbits from SCTV, Old Canada Series (@oldcanadseries) recently posted some video of SCTV members playing a softball game in 1983 on Instagram, and Old Toronto’s Instagram (@oldtoronto) has that same footage as well as SCTV’s take on CBC’s Monday night curling.

There’s another blizzard raging outside today, so I’m sure I’ll be watching a bit more television in the near future — until I’m forced to go outside and shovel some more.

Juneteenth is a unique novel in several ways, some of which have more to do with how it came to be rather than the book itself. Published posthumously, Ellison originally began work on the novel in 1954, lost some of it in a fire in 1967, and proceeded to write 2,000 pages of it over 40 years. After his death, Ellison’s widow named John F. Callahan his literary executor and it was Callahan who took Ellison’s pages and put them together into novel form. However, it should be noted that this is not a complete novel per se, and that Ellison did not leave notes behind to indicate what should go where and how the work should be constructed.

So, what remains is a novel that is a powerful and written with all of the mastery that one expects from Ellison — but that also has a sense of looseness in structure that creates the feeling of a novel without a polishing edit. That doesn’t mean that Juneteenth is a lesser work, but it is a work that requires some investment by the reader when it comes to context and that should be analysed with its background in mind.

A Novel that Celebrates Oratory

Juneteenth is centred around Senator Adam Sunraider who is getting ahead using inflammatory racist rhetoric until he is shot and mortally wounded at one of his speeches. While in the hospital, he is visited by the Reverend Alonzo Hickman, the Black man who raised him on the Black revival circuit. The novel follows their memories of Sunraider’s past, their conversation, and their confessions to one another.

Ellison’s use of language to create complex tapestries of themes and concepts is hard to put into words, both because his style is so unique and because his skill is so profound. When you read a piece by Ellison, you get carried along by the words he chooses and the atmosphere he creates washes over you in a way that is immersive — making it hard to put the book down. In Juneteenth, Ellison creates a comparison of different kinds of oratory — political oratory, sermons — as well as music. To make the reader draw the comparison as closely as possible, Ellison even goes through the painstaking process of writing political speeches and multiple sermons. It might be a lot of pages of speech, but it’s for a definite purpose.

In my opinion, the most compelling part of Junteenth is in its examination of identity and racial identity. Sunraider was raised by Hickman, but his origins were unclear. He did not know who his mother was, if Hickman was his biological father. When a white woman breaks up a revival meeting claiming that he is her son, a young Sunraider becomes confused and starts looking for his mother in his memories of that incident and in the movie screen.

While he struggles with issues around his unknown mother, Sunraider also struggles with his racial identity. Raised in a Black religious community in the south, Sunraider can pass for white and often does — going to a segregated movie theatre as a child and using racist rhetoric to get ahead in politics. In Sunraider, Ellison has written a deeply conflicted man who is isolated no matter where he goes and no matter how many people he talks to. Though in his early religious career, and later political career, he earns the attention of many. He continually feels alone and unconnected and reacts to it horribly. The complexity of Sunraider’s character is what makes this novel a masterpiece.

So, after watching the parody of Goin’ Down the Road, I naturally tried to find out how I could actually watch the film. I ran out of luck there. One of the more frustrating things about trying to find classic Canadian media is that often it has been lost to time. There are exceptions to this. Particularly the National Film Board of Canada has preserved a lot of amazing classic films, animation, documentaries, and other gems that defy categorization. I particularly love their collection of animated shorts from my childhood watching CBC. Things like ‘The Log Driver’s Waltz’, and ‘Blackfly’. If you have time, check it out!

Only one more week in February, so stay warm and hopefully there’s not too much shovelling in your future!