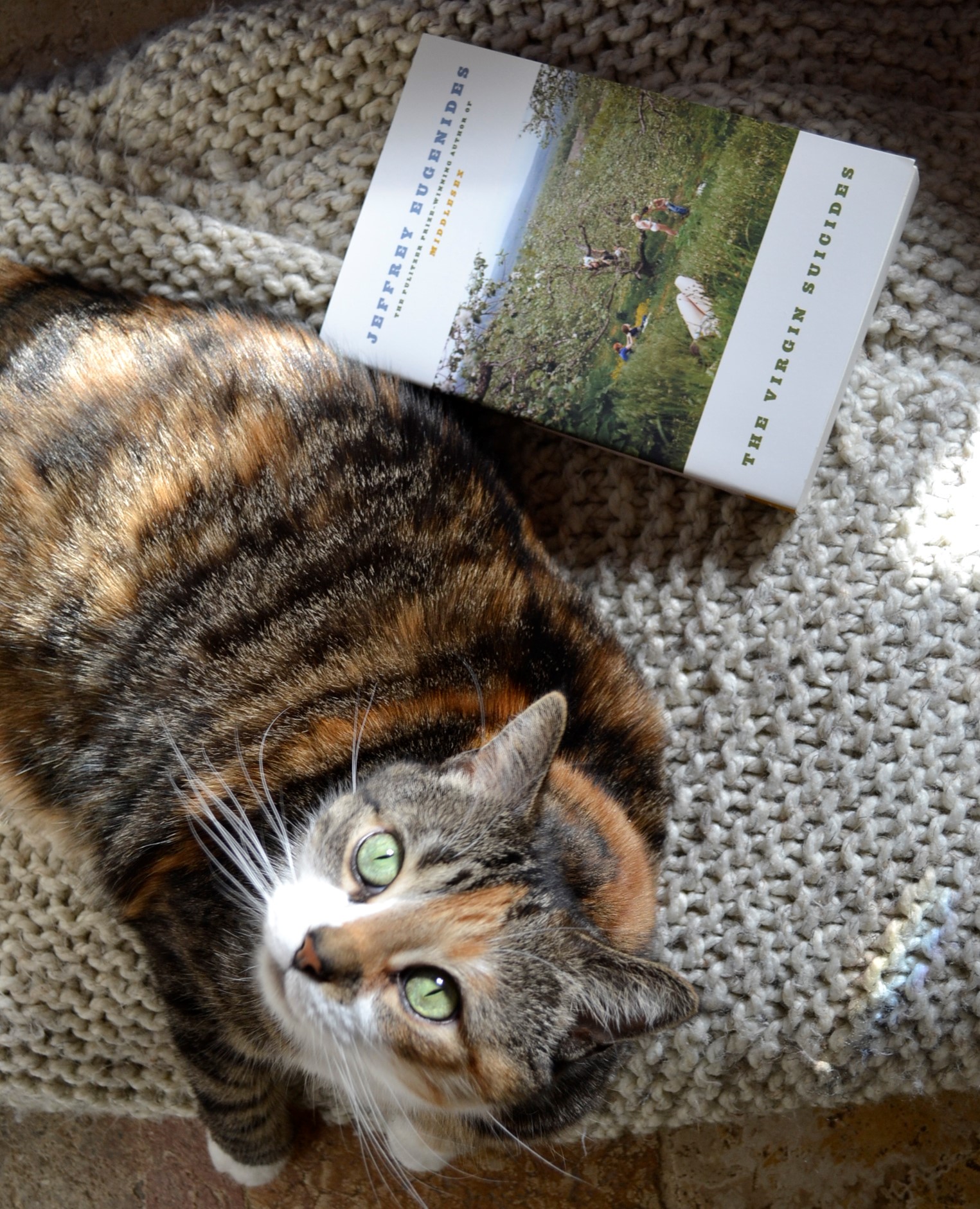 Recently we just had one of those days that seem to get stuck in your craw. We’re still overtired from a busy week, so it was hard to get out of bed in the morning, but it didn’t really matter because the plan was just to sit on the sofa and watch movies from our fresh Criterion subscription. It was a great plan! I was really invested in carrying out that plan!

But, unfortunately, it all fell through. We tried to start two movies but we couldn’t actually finish them due to one getting a bit too sad for our current mood and the other needing to be interrupted in favour of an urgent grocery run. These interruptions and inconveniences used to be absolutely devastating for me, so I try to sit back and appreciate that they no longer are.

I know I should do it more often, but I like to sit back and compare where I was to where I am presently. As hopeless as my mental health situation felt years ago, things actually did get better. With time and effort, things did get better. I got better at handling my emotions. I got better at handling stress. I’m so glad that I didn’t give up, and I’m also so glad that my lovely spouse never gave up on me.

With a title like The Virgin Suicides, it might be a bit obvious that the book has some dark content. However, I will still warn that there are graphic descriptions of suicide, so if that kind of content is not for you, then this is probably not a good read for you.

I was initially intrigued by the book through the film based on it. I haven’t seen the film either, but it was the edgy movie that some kids saw and some kids were absolutely banned from when I was growing up. As an adult, the film is on my list but I haven’t gotten around to watching it yet.

The main focus of the book are the five teenaged Lisbon girls and their suicides starting with 13-year-old Cecilia and ending with 16-year-old Mary. Eugenides weaves a tale of teenage angst and the vagaries of growing up in 1970s Michigan, where society is at a disturbing transition point between everything having to do with puberty and sexuality being taboo and everything being laid bare in a way that doesn’t in fact come with any explanation or reassurance. These teenagers are figuring things out for themselves and are struggling against the mystery of the opposite sex and gender norms and expectations.

The narrators are also struggling with the fact that suicide and death are still very much areas of life that no one wants to talk about — especially when mortality collides with youth and involves a choice to die rather than grow up.

Eugenides chose to write this novel using a very unique perspective — that of first-person plural. The narrators are a group of teenage boys who are watching the Lisbon sisters from afar, attempting to understand them, but ultimately failing to. They don’t understand them when they’re alive and don’t understand what ultimately leads to their deaths. Their attempts at any kind of connection are thwarted by their urge to create mystery around the girls and to treat them as somehow set apart.

When the end of the book comes, Eugenides provides the reader with little in the way of answers. We still don’t know the all-important why. Why did the Lisbon girls kill themselves? When it comes down to it, we aren’t meant to know. We’re meant to share in the nostalgic feelings of the men that those boys become as they sit and wonder what happened and think about what it felt like to be young, lost, and seeing the world through a more naïve lens.

The Lisbon girls are isolated from their peers by their parents and by the death of their sister. The narrators see them as ‘other’. They take on a quality of not being quite human. Not being quite real. While Eugenides is exploring the pressures put on young girls and how difficult adolescence is when you’re female, he is doing so from the outside looking in.

While I tend to avoid male writers writing female characters, in this case, Eugenides makes it work by accepting his limitations. He is male, but he had female classmates, female babysitters, female peers. He is writing from a perspective of knowing women, but never truly knowing them or being able to empathize fully with the unknown things that women experience and go through. He is an outsider and has accepted this.

Using that perspective to write a story where women are the main focus and characters is a bold choice and here it is essential to the story and how it unfolds for the reader.

The Glories of Pause

The thing about streaming that I’m still getting used to is that you can just pause, walk away, come back, and resume. I’ve grown up on cable and I’m accustomed to waiting for the ads to take a potty break and then running back to the sitting room. After we started watching TCM, I was waiting for the break between films.

Pause used to be something just for video games! Well, now I have to learn not to abandon films because I didn’t get through them in just one sitting.