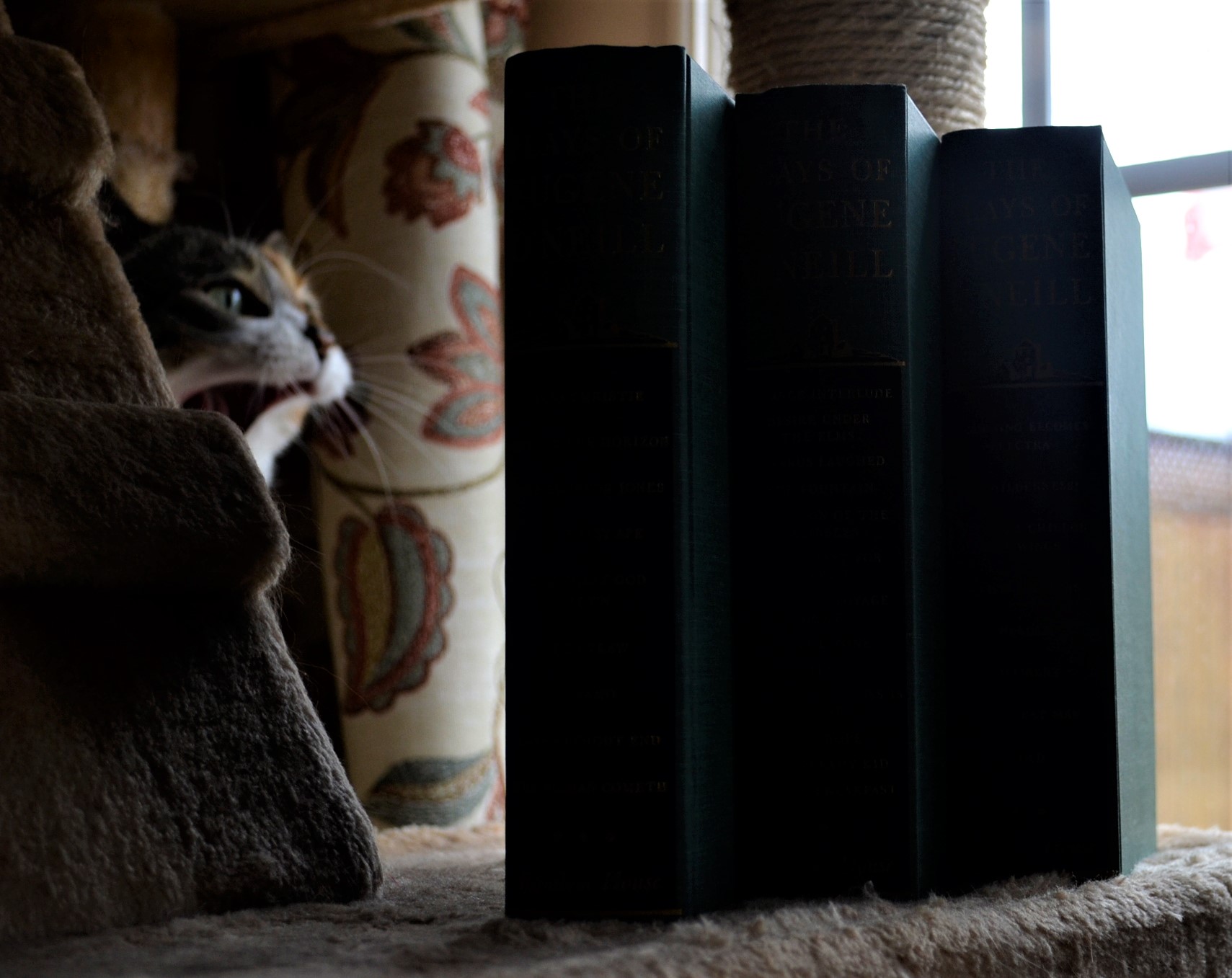 We live in a small theatre town and we’ve learned a new way of looking at the calendar year. The spring and summer months bring an influx of tourists that nearly triple the population. In the fall, the theatre-goers leave in a steady trickle until the winter sets in with a burst of bustling Christmas markets and holiday events before fading into deep snow and quiet that only locals experience. It’s a steady cycle where the theatre season intertwines with the seasonal weather itself in a comforting way.

Or, at least, it felt as steady as the earth’s progress around the sun. In this changing, uncertain, and often frightening time, the theatre has shut down and the town is quieter than I’ve ever seen it. And while we know that this is a very vital necessity, I can’t help but long for the normalcy that seems so unreachably far away.

But each day I try to take a deep breath and be grateful for the fact that we’re healthy and our lives haven’t changed much with the changing world. We work from home at jobs that aren’t affected by the pandemic. We’re okay, and I’m so thankful for that, but I’m no less upset for all of the people that aren’t okay. That have lost family, jobs, or everything at once.

We’re staying home and doing everything we can to stop the spread. Everyone needs to do the same.

I primarily read novels, but I do quite enjoy reading plays as well. Your eyes just seem to fly through the dialogue. You can sit down and read a whole play in a single sitting without breaking a sweat. Often the action moves at a faster pace than in a novel. When I feel bogged down by a book’s prose, I’ll put it down and read a play or two before I go back to it.

Of course, it’s always a bit magical to read a play and then see it acted. I usually try to read at least one of the plays in the upcoming theatre season just to try to get the most out of the performance and out of text specifically written to be presented on stage.

The Plays of Eugene O’Neill

The Random House Lifetime Library edition of the plays of Eugene O’Neill is a good collection of the playwright’s work collected in three heavy bright green volumes. Each volume contains eight, nine, or thirteen plays presented on pleasantly heavy paper with a very pleasing page layout. Good size margins and good size type. There are no notes or annotations, however, so if you’re a reader that likes those things this will probably not be the set for you.

In my opinion, one of O’Neill’s greatest strengths as a playwright is his willingness to address very difficult themes and subjects and do so in a way that often punches the audience in the gut. He doesn’t mince words. He doesn’t avoid violence. He doesn’t shrink from the ugliness of toxic familial relationships, horribly broken family structures, and the suffering that people inflict on one another. Sometimes the reader can forget that they are reading text written in the 1920s to 1940s.

There are a few times where a twist in the narrative seems like it has been put in for shock value or has an element that borders on the cheesy. Specifically, buried wealth or treasure is a plot that recurs times and again sometimes to better effect than others.

The fractured, broken family destroyed by greed, betrayal, dependency is a theme that is extensively explored in O’Neill’s body of work (Mourning Becomes Electra, The Rope, Desire Under the Elms, and many more), and perhaps in the defining aspect it. O’Neill presents the broken family as being a force of utter destruction in many, many ways. He picks apart the consequences of actions over generations, in family groups and to the communities they live in.

There are nautical themes in several of O’Neill’s plays as well, notably the S.S. Glencairn series of plays. O’Neill uses the sea as a backdrop for an examination of human nature and the dynamics of groups of people living in close quarters.

In conclusion, what drew me to O’Neill’s work was, in a sense, the harshness of it, and his willingness to depict the uglier parts of family dynamics. Families aren’t always supportive. They aren’t always good. There are aspects of family that can go horribly wrong. I also enjoyed O’Neill’s tendency for blunt, compelling dialogue and plot twists that he often pulls off artfully and with an admirable finesse.

Do be aware that these plays do often deal with dark subject matter and are not exactly full of happy content. If you’re looking for a cheerful, uplifting read, you have come to the wrong place.

One Night in Late August

We bought tickets for A Long Day’s Journey Into Night on a whim. It was late August and the theatre season was on the wane. The play was being performed at the smallest of the three theatres, which allows for the feeling of being nearly on the stage while the performance unfolds.

After the play let out into the summer night that already had a chill of the coming fall in it, my spouse and I walked hand in hand in the small town darkness to the quiet side street where we’d parked our car. We talked excitedly about O’Neill’s writing, about finding more of his work, of what each of us had liked and disliked about the performance.

When we got home we had tea and kept talking. That’s what a good play does. It keeps you talking long after you should be. It keeps you up far past your bedtime because the words it spoke are still bubbling in your brain.

I’m looking forward to a time when the theatre season returns, but until then I still have the words to read and the feeling to remember.

In the meantime, stay home and stay safe.