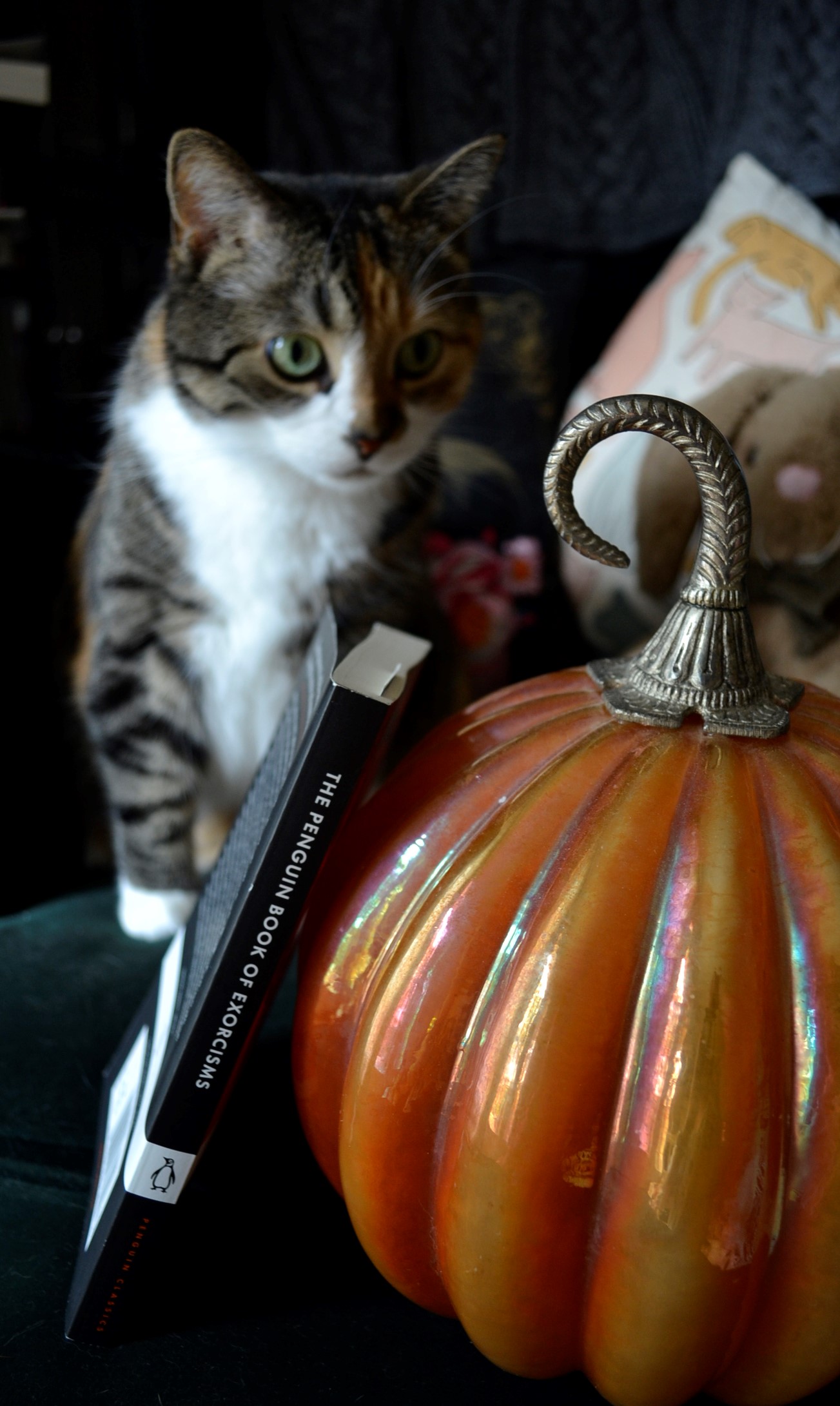 A Drive Through Fall Colours

Yesterday, we took our traditional drive through the countryside to an orchard we visit yearly for apple picking. The weather was perfect — cloudy and chilly and just grey enough to highlight all of the colours of autumn drifting by the car window. I love the cosy season and I love the traditions that myself and my lovely spouse has built around it.

I think at this point, it’s obvious that I like fall and winter, but what’s harder to talk about is that it’s a hard time for my anxiety and depression. I think because as the weather gets colder there’s a lot of holidays and events that come with a lot of expectations and obligations and the stress involved when an introvert is made to be around people more than they would like. I’m happy that, this year, a lot more people will get to spend time with their families and have the traditions they have missed. I’m just struggling with the adjustment — struggling far more than I want to with getting back to life before the pandemic.

I’ve never been great with people, and now it feels like I’m just extra unused to being around them. I’m hoping it won’t always feel this way.

A Collection of Sources

The Penguin Book of Exorcisms published in 2020 is a compact volume that features excerpts from religious texts, secular pamphlets, court documents, and diaries stretching from Ancient Rome and Asia all the way to the modern United States. The book is a mix of folklore, documentary, and case study with extensive notes and background information to give the reader the proper context for each source.

It’s very difficult to get a book on exorcism that doesn’t have a perspective that limited to either a religious or a western point of view. This collection features sources from Japan, China, and the Middle East as well as different religious and non-religious perspectives. If I had one piece of criticism, it is that the book does tend to reference William Peter Blatty’s The Exorcist quite often. However, I can see how the novel and the film that was based on it changed what exorcism is defined by and thought of as by the average person in multiple cultures.

Particularly, I enjoyed reading the excerpt from the trial of Husain Suliman Karrar.  The transcript was of a criminal trial where a man beat a young woman to death and claimed it was part of an exorcism.

Before reading The Penguin Book of Exorcisms, I had the idea that most exorcisms across time were performed because of a lack of understanding concerning mental illness and — of course — rampant sexism, racism, and other prejudice. It was enlightening to see that there are historical texts that differentiate between mental illness and alleged possession by demons. That the issue was a complex one and that the reasons someone was declared possessed are varied, and often more complicated than it initially appeared. There were political reasons, social reasons.

Sometimes the possessed were the ones that were insistent that they harboured demons in bids for power or efforts to be seen as seers or to escape their lives and places in society. There were others who claimed to be possessed for profit, which led to them being supported by the community instead of working at their trades. Still more simply sought attention, or were influenced by the motives of those around them.

I always appreciate a work that broadens my knowledge of a subject and tries its best to highlight that the common ideas surrounding a concept might not necessarily be the complete picture.

As much as this book presents a collection of diverse perspectives and sources, the reader should be aware that more research is sometimes needed to get the full objective story. I found this especially true in the section on modern exorcisms. The notes are great at providing context but they cannot possibly include all of the relevant information that the reader might want to know.

For example, I found myself researching the last case — that of the exorcism of Latoya Ammons of Gary, Indiana. Though the media gave it a lot of attention, and the notes mention that police, and child services were involved, they don’t quite give the whole story. It should have probably been mentioned that there was a history of suspected child neglect and it was at least somewhat obvious that Ammons was attempting to use supernatural occurrences to explain her lack of rental payments.

Some of the other excerpts also felt incomplete, but I do acknowledge that Penguin had limited space and this is a subject that could probably fill volumes especially if folklore is included as well.

Pumpkins in the Rain

Today’s quest was to get pumpkins for Halloween from a local farm. It was pouring rain and both myself and my lovely spouse got drenched as we walked around picking out this year’s selections. However, the rain did little to dampen our spirits and we at least had one tiny little umbrella to keep some of the water off my hair.

There’s nothing wrong with grocery store pumpkins, but one of the things that I like about living in rural Ontario is the produce you can get directly from farms. The little road trip is good for the spirits and serves to steel me for days ahead. When I get stressed or upset, I often think about days like today and it helps to calm me at least a little bit.