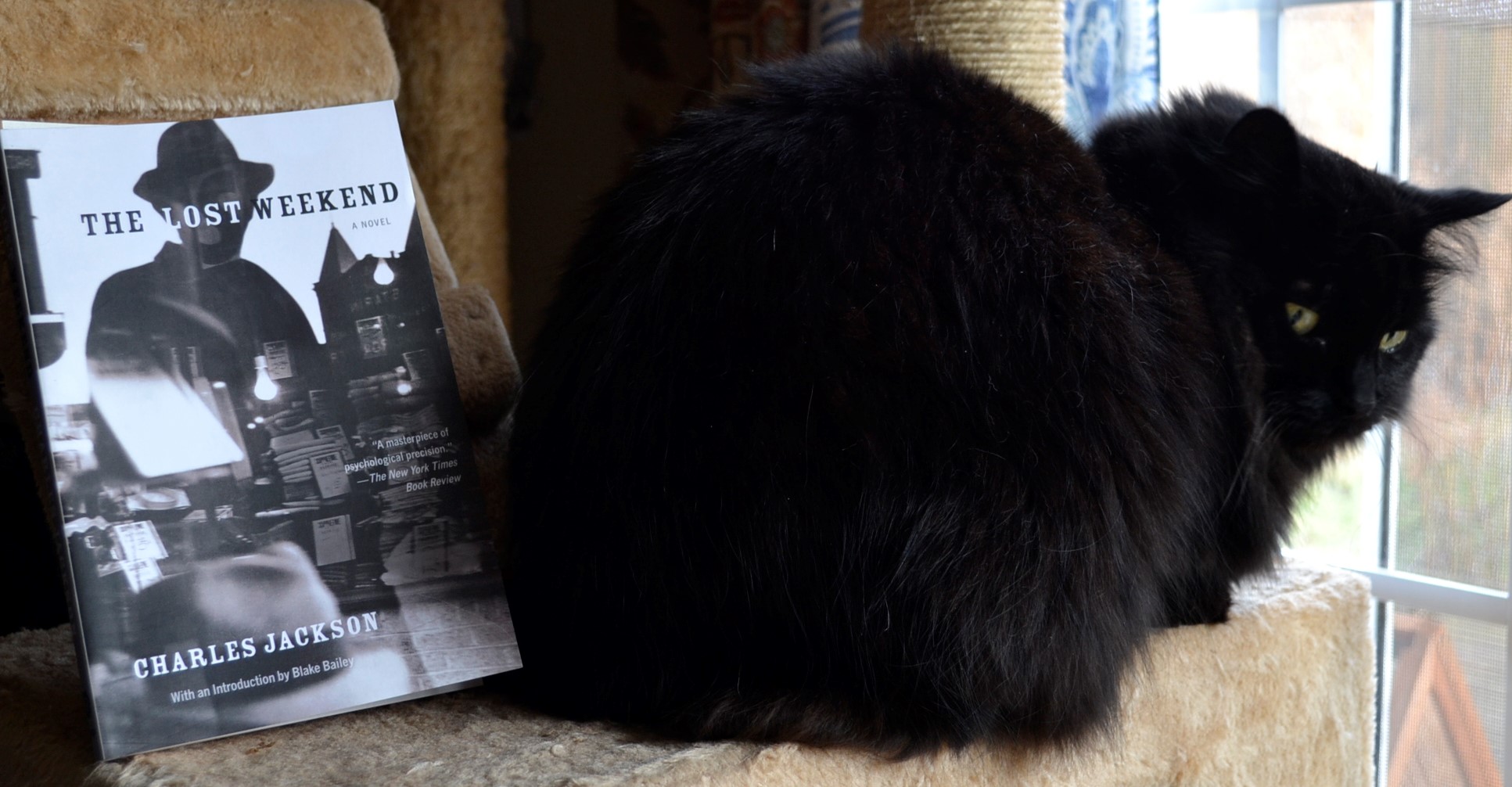 This week my lovely spouse and I finally started preparing for Bunny Day, and though the long weekend has crept up on me, I’m actually starting to get excited for it. I was one of the rare kids that really hated chocolate so Easter was just a strange holiday for me when it seemed like everyone else was getting excited for something I didn’t fully understand. On top of that, the typical egg hunt was out of the question because we had a dog that would eat everything including chocolate and the tin foil wrapping.

The Bunny Days of my adulthood have been a lot more memorable because I have discovered the glories of white chocolate bunnies and malted milk balls. I also no longer have to attempt to like roast turkey. However, I have kept the oldest of the family traditions alive — watching Cecil B. DeMille’s The Ten Commandments — and added to them — watching Charles Walters’ Easter Parade on TCM. We also get out the bunny ears for the cats to wear for one quick family photo. My lovely spouse also organizes an egg hunt with chocolates I can eat and hand dyes eggs with red cabbage, which we have for breakfast. I’m maybe still missing the addition of my grandmother’s lovingly hideous Easter tree, but I’m slowly convincing my lovely spouse to purchase a ceramic one. Some day.

I first encountered The Lost Weekend as a film, aired on TVO’s Saturday Night at the Movies, a very long time ago. Back then, I hadn’t seen a lot of classic cinema, let alone much in the way of black-and-white cinematography. I remember the first scene where Birnam desperately is trying to get to a stashed bottle of whiskey hung outside a window. It was something that I wasn’t used to seeing. Addiction wasn’t something that was displayed readily in media. I was too used to the ‘happy bumbling drunk’ of Bugs Bunny cartoons. The Lost Weekend was honest and ugly and I couldn’t look away from the screen. Wilder is an excellent director and the performances in the film are equally excellent.

The book it’s based on by Charles Jackson is even more honest and ugly, portraying addiction as not only destructive for the addict but the entire world around them. The isolation and despair. The utter inability to see beyond the next day and eventually the next drink. It’s a harrowing narrative that is nine-tenths introspective. The external events are few and far between, and that makes Birnam’s thoughts relentless in a very effective way. Though the novel is only 250 pages, it feels like it’s longer in a way that mirrors the interminable nature of the weekend it describes.

The original novel of The Lost Weekend is quite different from the film. Both describe the lost weekend of Don Birnam, an alcoholic that’s currently living with his younger brother in Manhattan, New York. However, in the film, Birnam ascribes his alcoholism to the fact that he has never managed to succeed as a writer. In the novel, the origins of his addiction is murkier — even to Birnam himself. But it’s clear that as he is struggling with alcohol he is also struggling with his sexuality. Having been kicked out of his fraternity for having a relationship with a senior student of the same sex, Birnam is both trying to forget the incident and running from who he is and what he fears he is. Using alcohol to hide from reality, it’s clear that he truly wishes to hide from himself.

In the novel, Helen’s role is nearly non-existent. Birnam is using her to help him get over his binges, deceiving himself into thinking he loves her but knowing that he doesn’t.  Female characters aren’t plentiful in the narrative — only serving as more people for Birnam uses to get money for alcohol or uses for succor or to listen to his fantasies about himself and his floundering sense of self. This novel isn’t about anything but Birnam and the bridges that Birnam burns and the lies he tells himself to justify his addiction.

The one thing I can’t stand about the film version of The Lost Weekend is how it ends. Helen comes in and fixes everything as Birnam decides that he’s going to write and throw all of the whiskey away. It’s too neat. Too easy. Oddly spiritual. It has ‘film censorship board’ written all over it.

I was very happy when I got to the end of the novel and found none of that. The weekend ends, and so does this particular binge, but it’s clear that there will be more binges in the future and that Birnam is still an alcoholic and still intends to drink despite a medical crisis and the knowledge that he is destroying his life.

That ending might not be a ‘feel good’ one, but it’s an ending that fits with the rest of the ugliness of the narrative. It’s not neat. It’s not easy. But it’s real and that’s where the value lies.

In the last week or so my bird feeders have come alive again with all manner of birds. The grackles are back and the goldfinches are loving the catnip. Even the blue jays I haven’t seen for most of the winter are slowly trickling into my backyard. We’ve also been able to sit outside and have tea or listen to the crows calling to each other across the neighbourhood.

And, we had our first screen door mishap when Rusalka saw a chipmunk and squeezed herself outside onto the deck. She didn’t get very far, crouching beside the door instead of running off, but it was scary enough that we may have to re-visit our screen door options. Rusalka doesn’t door dash often but every once in a while she hears the call of the outdoors. Mostly when we’re bringing in groceries. Usually she likes to just stick her head out slowly and sniff the breeze which gives me plenty of time to pick her up and put her back inside. This is the first time she’s really rushed the door. I have the very wishful dream that it will be the last time.

Either way there’s a better screen in our future.