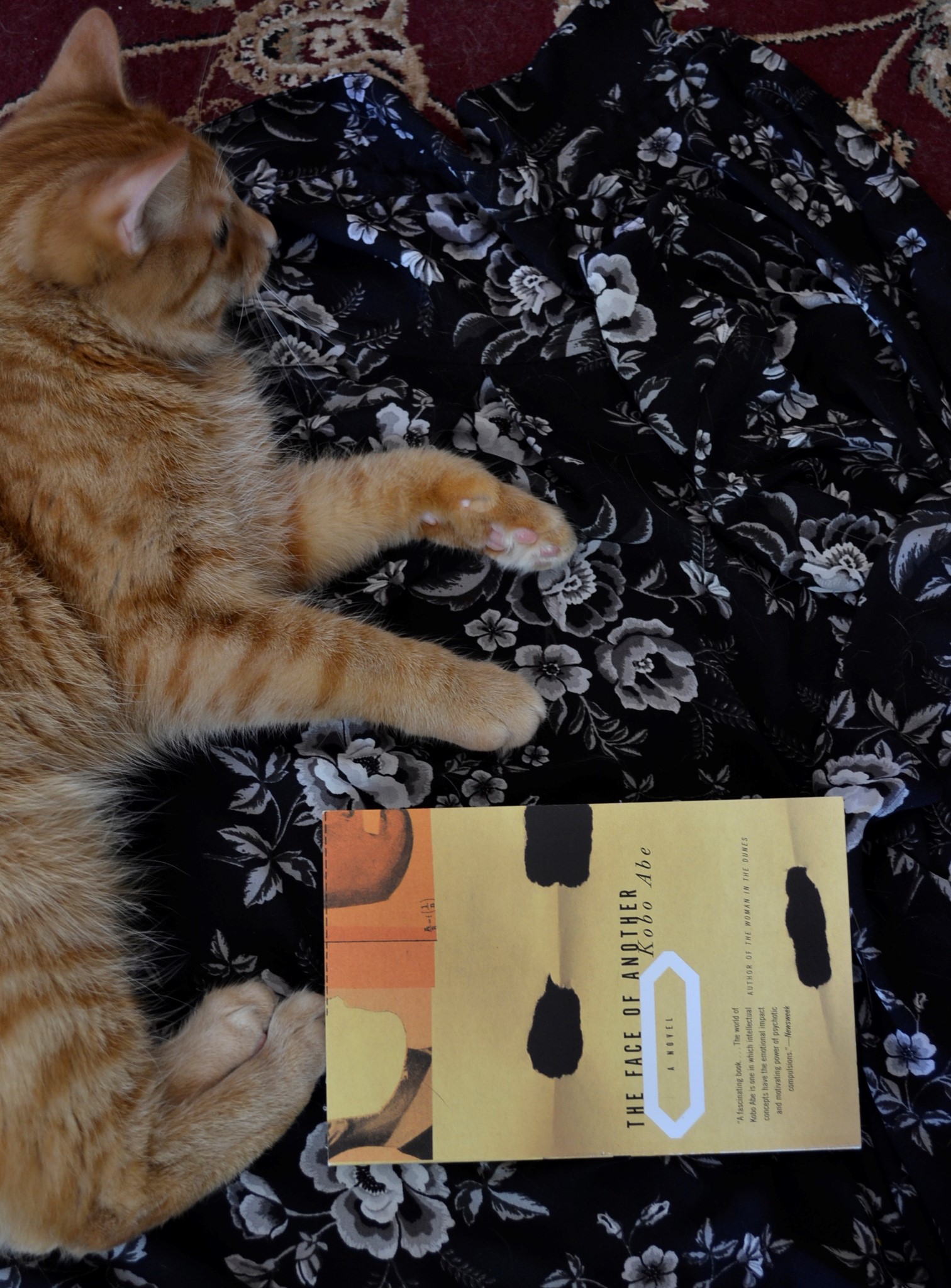 It’s a Feast, So Why Am I Stressed?

This year has been great in terms of extra freelance work. We’re basically booked until November, and that seems incredible when a first short years ago I was barely half-filling our work calendar. All of the blood, sweat, and tears we’ve put into the business is finally paying off and it feels so good to watch it grow.

However, when feast time happens in freelance there’s an unpleasant side effect. Stress. It’s so easy to accidentally overbook yourself and that is a lesson I am learning this year. It’s hard to refuse any project when you’re used to having so few arrive in the inbox, but you have to be careful to leave yourself some time to breathe. We’re not going to have much time for a while, and it’s going to take some time to get the balance right.

This week I’m going to go on a bit of a departure from the accidental 1970s theme and discuss Kōbō Abe’s The Face of Another which is classic of post-war Japanese literature.

A Novel of Intellectual Horror

To describe The Face of Another (他人の顔, Tanin no Kao) as a horror novel would only be scratching the surface of what it truly delivers. The novel follows a scientist who loses his face in a laboratory accident. At first he is adamant about not seeking out a mask and simply continuing on with his life without a face. But after examining what his lack of face means about his role in society and the changing behaviour of his friends, colleagues, and spouse he decides to make a mask — but not of his former face. He instead chooses another face to become another person. When he does so, he finds that this other is controlling him more than he is controlling them.

The Face of Another asks questions not just about identity but what shapes identity and how we express it as well as what makes someone who they are and a functioning member of society. It is also a novel about what connects us to other people and how much of ourselves is influenced by other people’s reactions to who we are and what we look like. It’s a deep, complex read, but once you’re finished the book you’ll be thinking about it long afterwards and parsing apart what Abe said and how he chose to say it.

The Plot and The Point

The plot of The Face of Another is compelling all on its own, but the events of the novel are not really Abe’s focus. The focus instead is on a discussion of what a face means both physically and to society. It’s about the function the face and expressions serve and the damage that the faceless scientist is left with that far exceeds the scars he bears. It’s a profound meditation on identity and the expression of it. Does the mask serve as the scientist’s disguise? Or does it allow the scientist to be what he truly is when freed from the constraints of being recognized by his face?

The real driving force of the novel is the reader solving the mystery of the scientist himself and how much of what he reads in others is really there. As the book progresses, the scientist becomes more paranoid, and delusional as well as getting more and more lost in the mask he is constructing and the plans he has for after he can start using it. Things, of course, take a violent turn.

So reading this book for the plot alone, wouldn’t really be reading it for the correct reason. To get the most out of The Face of Another, the reader has to be prepared to think about very complex concepts. The novel is scary and horrifying, but in a way that doesn’t rely on gore or extensive graphic descriptions of violence.

A Word of Warning

There are also ideas and concepts that are included that were acceptable at the time but are definitely wrong and unacceptable now.

Of course, all of the projects we currently are working on need to be finished by September. Like I said in the introduction, it’s going to be busy. But I’m still looking forward to reading some great books!

My to-read stacks are getting out of control and I’m going to try to read as much as possible in the next month. I’m seriously limiting my book purchases to hopefully zero, and getting ready to clear some floor space. Because when I have five big stacks around my reading chair as well as a book cart and stacks on my side table.

Next week — for real this time — I’ll be discussing Thomas Tryon’s The Other for the last post of Halloween in August!