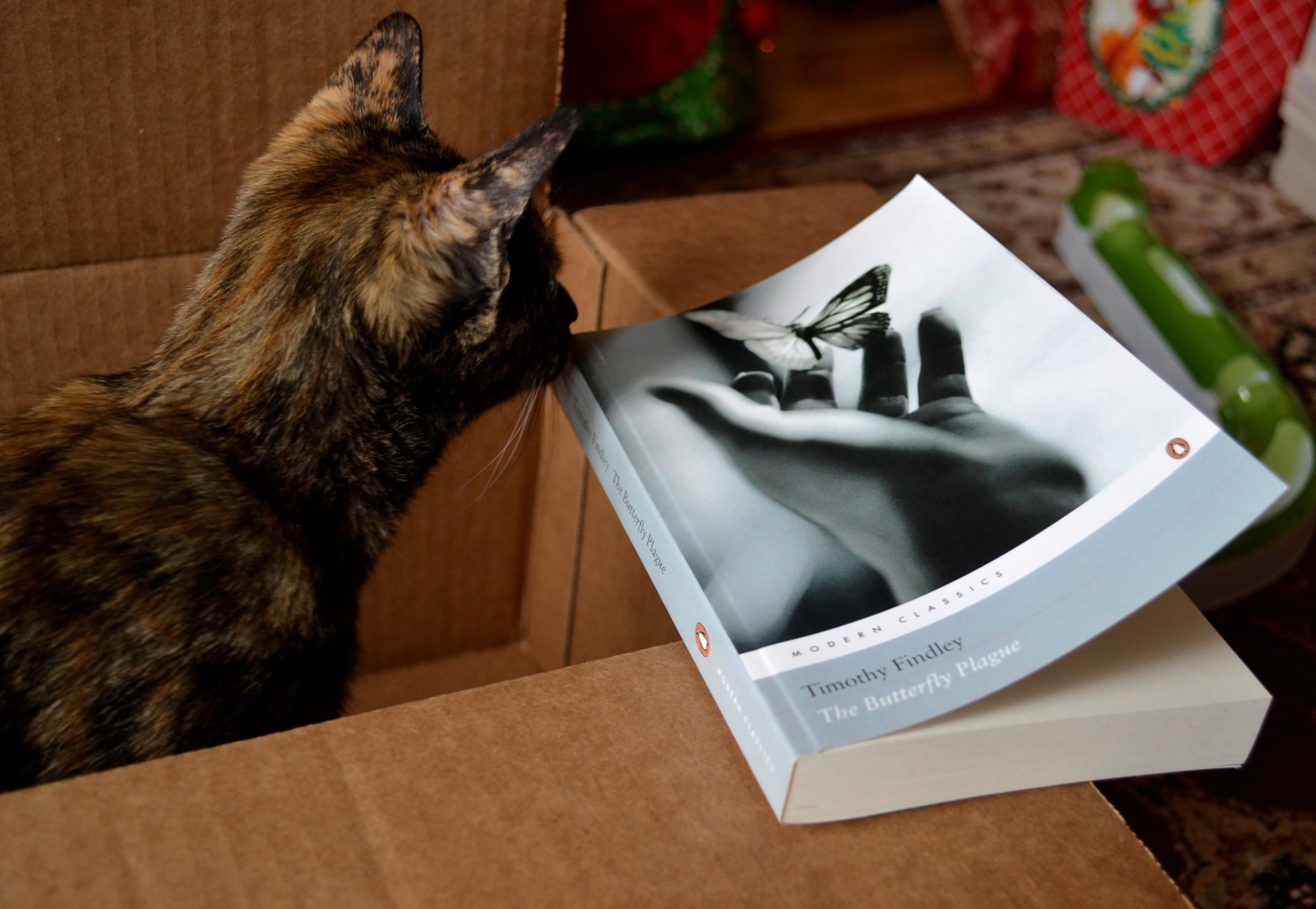 A Trip to the Bookstore

Christmas shopping for our household would not be complete without at least one trip to the bookstore. Multiple bookstores. First we go to the local independent bookstore, then to the antiquarian bookstore, then to the other small used-bookstore-that-sells-some-antiquarian-books store. Then usually we circle back to the independent bookstore at least once or twice more to see the new releases of editions of classic books.

In difficult years, sometimes we circle back even more than that. Fanfare Books – the local independent – opened its doors in 1967, and it’s a timeless experience stepping inside. The old hardwood floors creak warmly under our feet as we look through the shelves which feature an extensive selection of Canadian literature, fiction, mystery, and, of course, classical literature. There’s also poetry, short story collections, and since it is a theatre town, a specialty selection of theatrical works and criticisms. We never manage to leave without my lovely spouse buying me at least a small stack of books and plans to come back next month for more.

Fanfare Books is where I first discovered the work of Timothy Findley, who spent his final years in this town and was a dedicated friend of the store. His writing technique is so unique and distinctive as well as being masterful. I keep returning to his work partially because that’s how I want to write and how I want to impact the reader of my work. His words are chosen carefully and events in the narrative explode in a way that is unexpected, but not jarring. He had a rare talent when it came to writing complex pieces of literature that also entertained and could make the reader laugh and then cry with only a few pages of breathing room in between.

I couldn’t very well have a month of Canadian Literature reviews without featuring one of his novels, and so The Butterfly Plague is my second book in my Home for the Holidays feature.

A Trip to Old Hollywood

Canadian literature need not always have a Canadian setting. Timothy Findley’s The Butterfly Plague is a novel set at the close of Hollywood’s golden age and is a satire of that golden age and the characters that graced it. It is also a novel about the changing world that Hollywood exists in — including the building of tensions in Europe and the atrocities of the Nazi party as the war approaches on the horizon.

Reading this book was almost like watching several very good classic movies all at once (combined with a few behind-the-scenes documentaries). Findley manages to create a feeling of age and of nostalgia lost and twisted which is constantly at war with the reality of how the world was, not mincing words about the ugliness of prejudice, racism, and bigotry.

He writes about the horror of Hitler’s Germany in a way that is haunting and brings home the full cataclysm of the holocaust and the systematic destruction embodied in it. He also writes about the absurdity of the movies and the falsehoods of Hollywood image in a way that you can’t help but be disgusted by — and also to laugh at.

I cannot emphasize enough how much skill it takes to do both of these things extremely well, especially within the same book.

The Art of Many Moving Parts

The structure of the novel is an interesting one. Each chapter is a chronicle separated into chunks of time, as if it were an encapsulated narrative in and of itself. All of these chronicles are strung together by the overarching chronicle of the novel. It’s a structure that allows the pacing to proceed in a whirlwind, but also affords the dramatic pause and detailed moments to be drawn out for maximal effect.

Time is spent with each character individually, and the abundance of perspectives makes for a richness in the narrative. Fitting all of those moving parts and pieces together can be difficult, but when it does all fit it’s always a magical reading experience as the reader feels everything come together in a final rush to the end of the book.

Even the imagery and metaphor of the butterflies involves many little pieces of writing woven together. The butterflies are a complex metaphor of death and humanity on both a large scale and small one. The threat of death that all of us live with daily and the complacency that many have even in the face of obvious and horrific disaster and atrocity.

The Art of the Unreliable Narrator

The majority of the novel follows Ruth Damarosch who has been left profoundly scarred by her years in Nazi Germany. Her thoughts are jumbled, confused. She is unsure of what is reality and what is not and has a set of delusions and vivid hallucinations that are an inextricable part of the story, plot, and imagery. When you reach the end of the book, you’re unsure of which events truly happen, but it’s not a frustrating experience. What stands out is the statement on Ruth’s quest for a perfection that not only doesn’t exist and but is horrible and destructive both to her and everyone around her.

Also woven into the narrative is the golden age falseness of the film industry as it presented an image of itself that was far from reality and hid many deplorable secrets. There is also the image cult of film stars explored in depth through characters that are clearly stand-ins for famous old Hollywood names.

Unreliable narration and so many layers of deception are hard things to work with but The Butterfly Plague is a novel devoted to them and how they can be stretched and harnessed using technique to create a compelling book.

Lots of Christmas shopping at the bookstore, means lots of rectangular shaped packages under the Christmas tree. My lovely spouse often laments that she doesn’t have much to work with in the way of gift variety when she goes present shopping for me and at the uniform size and shape of many of the wrappings. But she doesn’t have to worry. I love the way she manages to group books together to make such a pleasing barrage of differently shaped rectangles. I love the way she chooses wrapping paper and ribbons. But most of all, I love the thought she puts into the inscriptions she puts in each and every one of the books she gives to me. I can feel her affection every time I hold one of her gifts in my hands.

Of course, I do purchase books for my lovely spouse as well, so there are some rectangular packages under the tree that are addressed to her with my inscriptions in them. But there are also irregular shaped presents that I have to creatively wrap and bestrewn with ribbons in order to hide the lumpiness of my wrapping. However, I know that she loves my gifts all the same because she never ceases to tell me so.

When it comes to the cats, well, I know that they love wrapping paper in general.