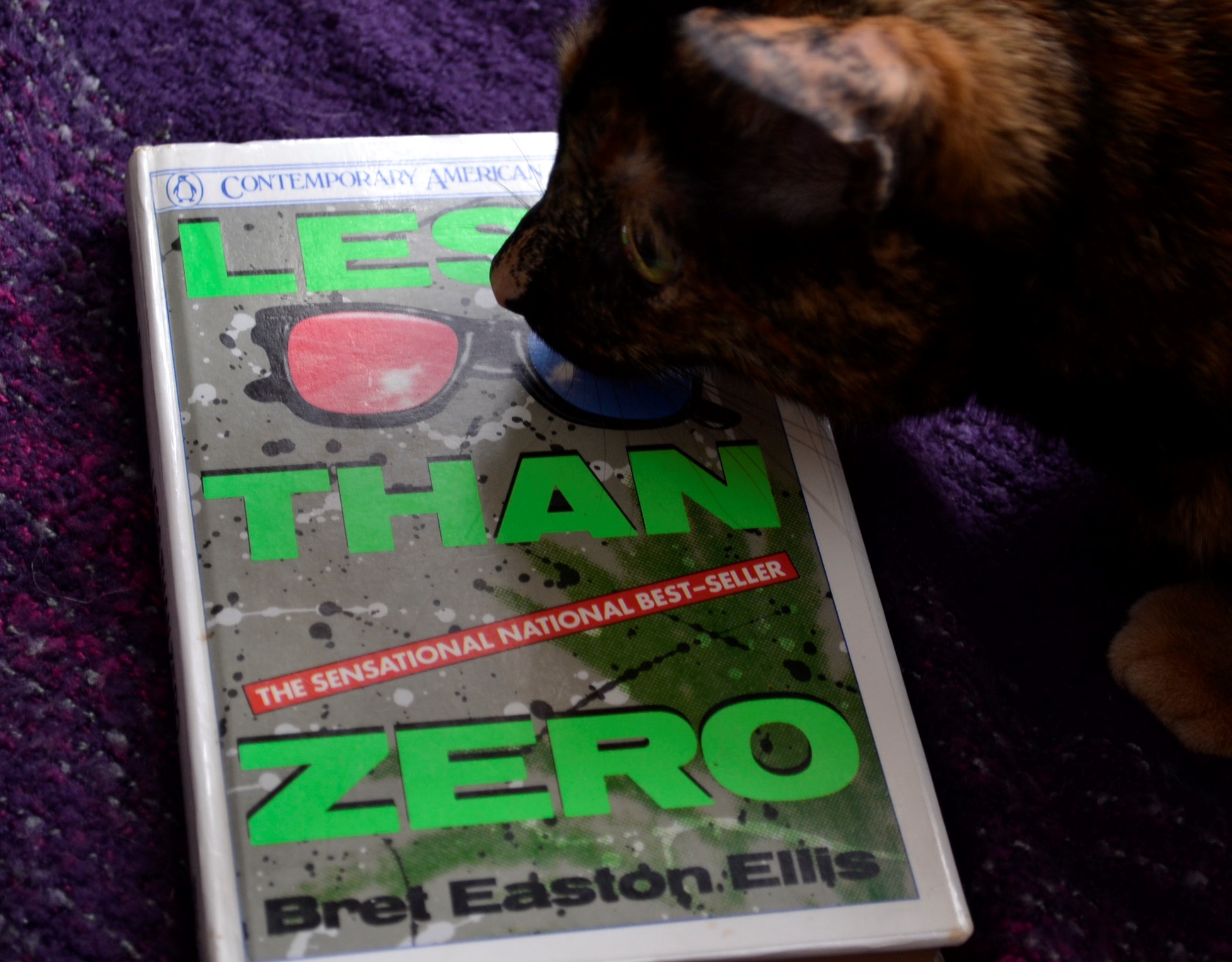 So, this week, winter has finally arrived in our little corner of the world. We’ve gotten snow and we’ve gotten cold and it’s all wonderful — even though when we go on a short walk I come home with near frostbite in my cheeks. I’m just hoping that this weather actually stays with us. The constant damp hasn’t been very pleasant.

Part of the wonder of the winter is in how much joy it brings to my lovely spouse. Her eyes light up when she sees the backyard covered in layers of the fluffy white stuff. She starts dreaming of us going outside to make snow angels or else snowmen. She bundles me up in my scarf and mitts and does so with a beaming smile that warms me down to my toes. Her excitement is definitely contagious and I find myself dreaming right along with her.

A Huge Not-to-Be-Ignored Warning on This One

Before I start to discuss Bret Easton Ellis’ Less Than Zero in detail, I need to warn that this is not a book for every reader. It contains a lot of content that is absolutely graphic and absolutely triggering and anyone who is tempted to read it should know beforehand what is contained within it. There is graphic sexual violence, graphic violence, animal cruelty, drug use, sexual violence perpetrated against a child, graphic sexuality, and criminal activity.

Ellis is a talented writer on a sentence level, and the dark, sinister, graphic content of this novel does serve a purpose that supports the statement of the novel — that being the monstrosity of utter apathy. However, I will say that Ellis’ descriptions stray a bit too far towards the gratuitous. His point could be made just as effectively with less graphic writing. Ellis is definitely trying to push the boundaries of shocking content with the intent of horrifying the reader, but in my opinion he crosses a line that he should have stayed on the other side of.

So, would I call Less Than Zero a bad book? That’s a complicated question and a frustrating one. Because, no, it isn’t a bad book. But it is a book that is difficult to read, when it doesn’t have to be. It would be a better book without so much of the triggering content. It could have had the same impact and could have been just as shocking and horrifying without being so disturbingly graphic.

On a final note, it goes without saying that, though this novel’s back-of-the-book description has the hallmarks of a YA novel, it most certainly is not one.

A Treatise on the Dangers of Apathy

Less Than Zero is novel that follows a group of older teenagers in Los Angeles who are rich, privileged and have no apparent goals or direction in their lives. Their parents are rich and they spend most of their time doing drugs, having sex, going to parties, and watching MTV. They care about nothing and no one and are only putting in time as their youth stretches out in front of them as if it will last forever. Clay is the focus of the book as he discovers how lost and alienated he is from everything and everyone around him. Over the course of the novel, Clay realizes that he cares about nothing and nothing is important to him. He sees the same attitude reflected in his friends, parents, and acquaintances.

As he watches those around him commit more and more violent acts and witnesses horrors with utter apathy, he finds himself feeling both ‘too much’ and, more disturbingly, nothing at all.

Ellis’ structure is not a typical one, as very short, starkly written chapters flow almost seamlessly together in a way that the reader is easily drawn into. But at the same time, this atypical structure further emphasizes the feeling he is attempting to create of events washing over each other, characters that are there one minute and are then gone. Everything has an air of transience and a lack of solidity.

Zeitgeist, After It’s Over

As you can probably tell by the cover, this book is oh so painfully ’80s. There are constantly mentions of MTV, bands that were popular at the time, articles of clothing, stores, and even sunglasses. Of course, Ellis is describing a specific section of Los Angeles society at a specific moment in time so it’s not like these references don’t work in the novel. However, I would be remiss to mention that for a reader in the twenty-first century it can stray a bit into the amusing at times. For example, I continually found myself asking, did people really watch MTV that much? Really?

I was born in the late eighties, so perhaps this effect is a bit more pronounced for me because the moment that Ellis is describing exists in the not-as distant past. After all, I can remember some of these trends and styles from when I was young. A reader younger than I am probably doesn’t have the same distant nostalgia, but I would argue that they would probably still feel in the novel’s atmosphere the sense of a snapshot of zeitgeist that has long gone by.

In the current days of generational conflict, it’s a bit strange to read Ellis talking about Generation X as the generation that lost its sense of purpose due to the disinterest of parents and lack of impetus. Though the back of the book copy disagrees with me, I think this work stands more as a comment on privilege and entitlement as well as class conflict and the lives of the rich and famous in Los Angeles in the 1980s.

Looking at this book as being about a generation as whole is not really the way to get a complete picture of it nor of the statement it makes.

Something Happier Next Week

After getting through a few reads in the last week that have been on the darker side, I think I’ll make sure that next week’s reading pile has a few selections that are a bit on the lighter side.