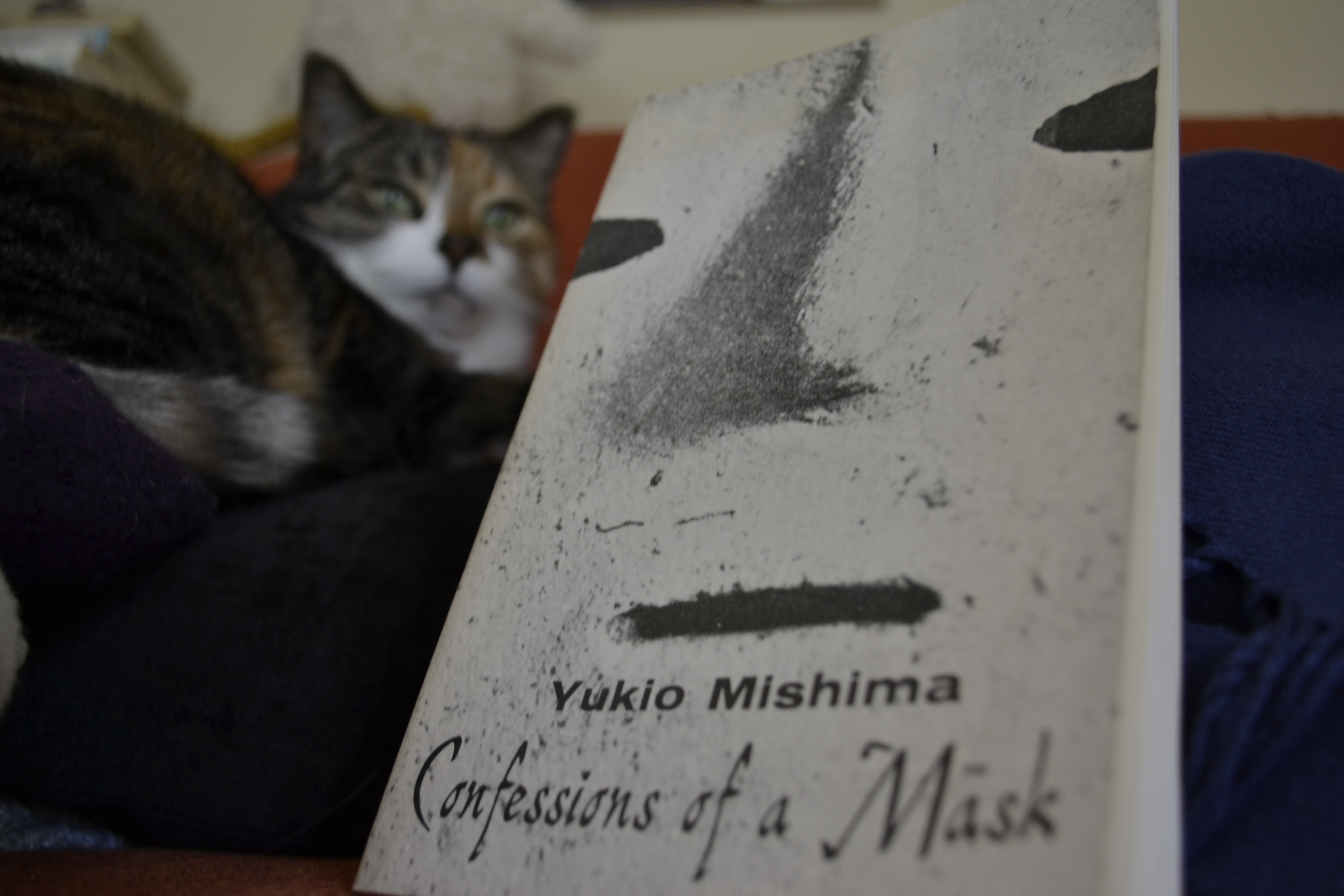 To Thine Own Self Be True

Sometimes I find it hard to take up space. And I don’t mean a lot of space, I mean the littlest bit of space. As someone who’s always struggled with self esteem, I tend to dismiss my basic needs as wants and that means I tend to keep going until I run myself down because I’m trying to match everyone else’s pace.

One of the things I’ve learned in adulthood is that it’s not only okay to take up space, it’s important to do so when it comes to asserting your needs. It’s not okay to crumple because you’re worrying about someone’s inconvenience over defending your own mental health. I still struggle even to make the small requests — like needing a short break when I’m tired, or needing a minute to gather my thoughts instead of rushing into a decision.

My lovely spouse always encourages me when I’m having a hard time with it. She’s always so strong and so considerate and she helps me be strong too. She helps me find my voice and assert myself when I struggle with it. It’s because of her that it finally feels like I’m making my mental health a priority in my life.

Yukio Mishima’s Confessions of a Mask (Kamen no Kokuhaku) is a book that is ultimately about not just deception but the painstaking act of immersing oneself so deep into a deception that it becomes an inextricable part of identity. The novel centres around Kochan (a thinly veiled Mishima himself) who knows from a very young age that he is different from everyone he knows — namely, that he is homosexual. Instead of accepting who he is, Kochan instead constructs a mask to hide his feelings and desires, becoming obsessing with mimicking his classmates and building a persona so that no one finds out his innermost thoughts.

There are many books that follow a similar plot, but it is Mishima’s focus on the mask itself that truly makes this novel stand out from the others. He describes a process that takes years, and becomes a pervasive and unrelenting part of the narrator’s life that eventually takes over everything else. Influences, people, events, life stages, all are filtered through the mask and become a part of the lie.

Mishima’s writing is a slow, subtle build to an ultimate conclusion and perhaps isn’t as fast-paced as other works of Japanese literature, but that kind of subtlety is necessary in order to take apart the many, many layers of the mask and see what is underneath.

The layers of the mask are what comprises the art of the novel. Kochan isn’t just making a façade for others that can be put on and removed at will. Instead, he is actively trying to convince himself that he is what he is not. He is building a mask, but at the same time he is trying to convince himself that the mask is his face. The lies he tells himself build at the same rate as the lies that he tells others, to the point where everything melds together in a quagmire that the narrator cannot hope to be excavated from. As the book continues, the narrator becomes less and less reliable and also less sure of himself and what he is capable of. Desires, thoughts, and feelings pull Kochan apart with a slow intensity.

It’s one thing to write a book with an unreliable narrator, but creating the kind of depth present in Confessions of a Mask takes a lot of skill and attention to detail as well as a precision and willingness to be absolutely meticulous. It was Mishima’s writing that I was most impressed with and it’s the writing that stays with me long after I’ve read the book.

Usually, I prefer a solid conclusion to a narrative — though sometimes that kind of concrete ending can be detrimental to a book. This is one of those cases. At the end of Confessions of a Mask Kochan realizes that he does not love the woman he has desperately wanted himself to love. That is crystal clear. What isn’t clear is whether Kochan has actually set aside the mask itself and accepted who he is. There is a feeling in the murky ending that he is incapable of doing this. That acceptance is out of the question and it’s impossible to tell even what a middle ground could even mean. Instead, the reader is left with the uncertainty of what Kochan’s future will look like and the inability to see or even imagine the face on the other side of the mask.

It’s a beautiful ending, and I would never trade it for more certainty. I think that would utterly undermine the work that Mishima put into this book and the ultimate purpose of it.

One of the things I find it hardest to ask for is for time. Time to slow down a bit. Time to breathe. Especially with the way that modern society often pushes us to rush, consume more media than anyone can truly handle, overbook, and overwork. It can be overwhelming, and I know that some people really thrive in a high-paced environment.

However, I have accepted that I am not one of those people and that’s perfectly okay. It’s also okay to need a slower pace and to ask for one.