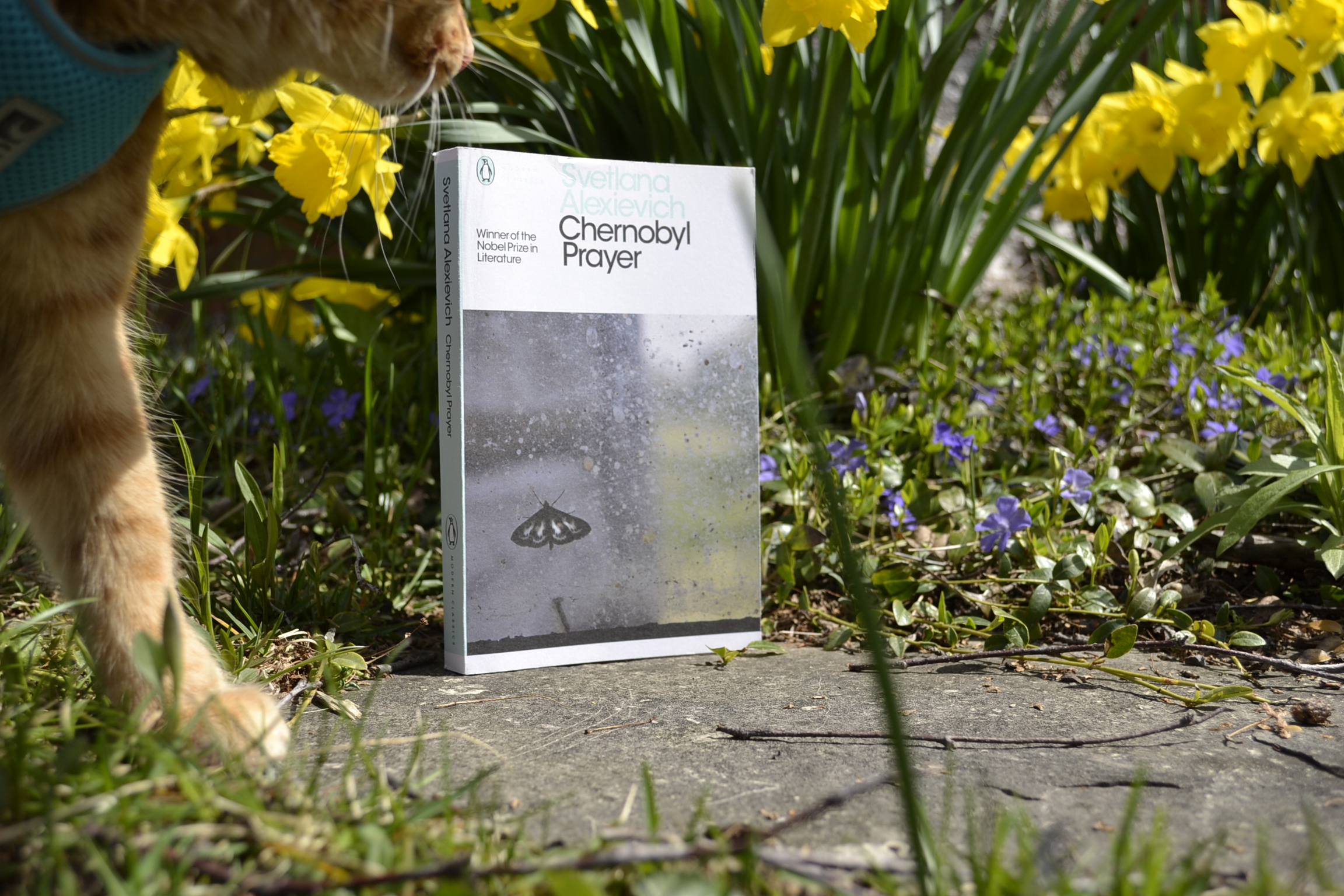 My grandmother passed away in August, and it’s making Mother’s Day a bit more difficult this year. She played a huge role in raising me, and every Mother’s Day I bought her a card and a present and tried my best to let her know that I realized the kind of effort she put into taking care of me. She was the one who took me to my first day of school, and she was the one who made me rice every day because I refused to eat much else for most of my childhood. She cried on my graduation day when I finally got my degree.

And every Mother’s Day she would open my card and smile and tell me that she was my grandmother not my mother as she pointed to where I had crossed out ‘mother’ and wrote in ‘Gramma’. She always was careful not to take the title away from my mother, but she didn’t have to worry. She wasn’t doing that. She was just my mother too. There’s not a day that goes by that I don’t think of her and my grandfather — the parents I had that are gone now.

Not Every Read is Easy

Nobel Prize winner Svetlana Alexievich’s Chernobyl Prayer (Чернобыльская молитва) is one of the most difficult books that I have ever read. It even took me a year to read it due to stopping and starting and the time I needed to take just to breathe through the amount of raw hurt and fear that she painstakingly documents. The book is a collection of statements provided by those touched by the Chernobyl disaster, which occurred on April 26th, 1986 when the No. 4 reactor in the Chernobyl Nuclear Power Plant exploded. Alexievich sought out members of the clean-up crew, helicopter teams, military, civilians, people living in the surrounding area, as well as people who were evacuated and those that chose to come back. Not only that, she includes testimony from scientists, doctors, and politicians. The result is a complete picture of just what the disaster meant to humanity as well as nature and animal populations.

And it’s a disturbing picture. More than that, it’s absolutely horrifying.

From the executions of household pets and farm animals, to the amount of misinformation spread to the public both at the time of the incident and afterwards, Alexievich catalogues such a broad range of effects and the pain that resonates from them as people open up to her about their lost spouses, children, and homeland.

It is a difficult book, but it’s one that needs to be read.

The Importance of Testimony

This book is important because of what it is constructed of. Unfiltered testimony from people who were there and lived through the disaster who desperately want their stories to be heard because they are sick of being silenced and being lied to.

When I first became interested in the Chernobyl disaster, I tried to do some basic research on it. Only to find that there seemed to be a disturbing lack of information — especially about what kind of effect the radioactive fallout had on people’s lives and the land well after the fires were out.

Alexievich explains why there is that lack and uses individual statements to cut through the propagandistic lies of the soviet government and to expose the contradiction between what people were being told and what they saw happening right in front of them. I found particularly powerful the statements of nuclear scientists who realized how dangerous the radioactivity was and watched as children swam in the rivers, played in puddles, and ate berries. Saying nothing because they were told to be silent, they are living with that choice now for the rest of their lives.

Included in the interviews are those that were children at the time of the disaster who describe the slow deaths of friends from illnesses related to the radiation and how they scared they are to grow up. To not grow up.

Chernobyl Prayer is so powerful and absolutely gut-wrenching in a way that just reading facts and reports will never be. It helps the reader understand the enormity of the disaster and the horrific costs of it.

May It Never Happen Again

Reading this book is harrowing because it’s not fiction. These are events that happened and happened not too long ago. It’s hard to even feel like they could never happen again when in 2011 the Fukushima nuclear disaster occurred and continues to be shrouded in nearly as much conflicting information as Chernobyl has.

Nonetheless, the disasters of the past have to be relentlessly examined in order to create a world where these things don’t happen again. That’s worth reading very difficult statements and directly confronting the worst parts of humanity. What Alexievich is presenting is the disaster that happens when science is put aside for politics and how humans have the power to destroy themselves and the environment suddenly, violent, and irrevocably. She poignantly asks how many innocent people have to suffer before we decide to never let a disaster of this magnitude happen again?

I hope it never happens again. As a society, we need to be vigilant so that it can’t.

Ducks in the Sun

My lovely spouse always makes Mother’s Day special for me. She took me out for a special breakfast this year and showered me with flowers. We’re cat mothers and we like to celebrate that too after we each finish calling our own respective mothers. I do however wish that the kitties would get me better presents than pukes on the carpet.

This year, I did get one magical additional present. After years of feeding the birds, one wild bird actually landed and ate out of my hand. I’ll treasure that moment for many Mother’s Days to come.