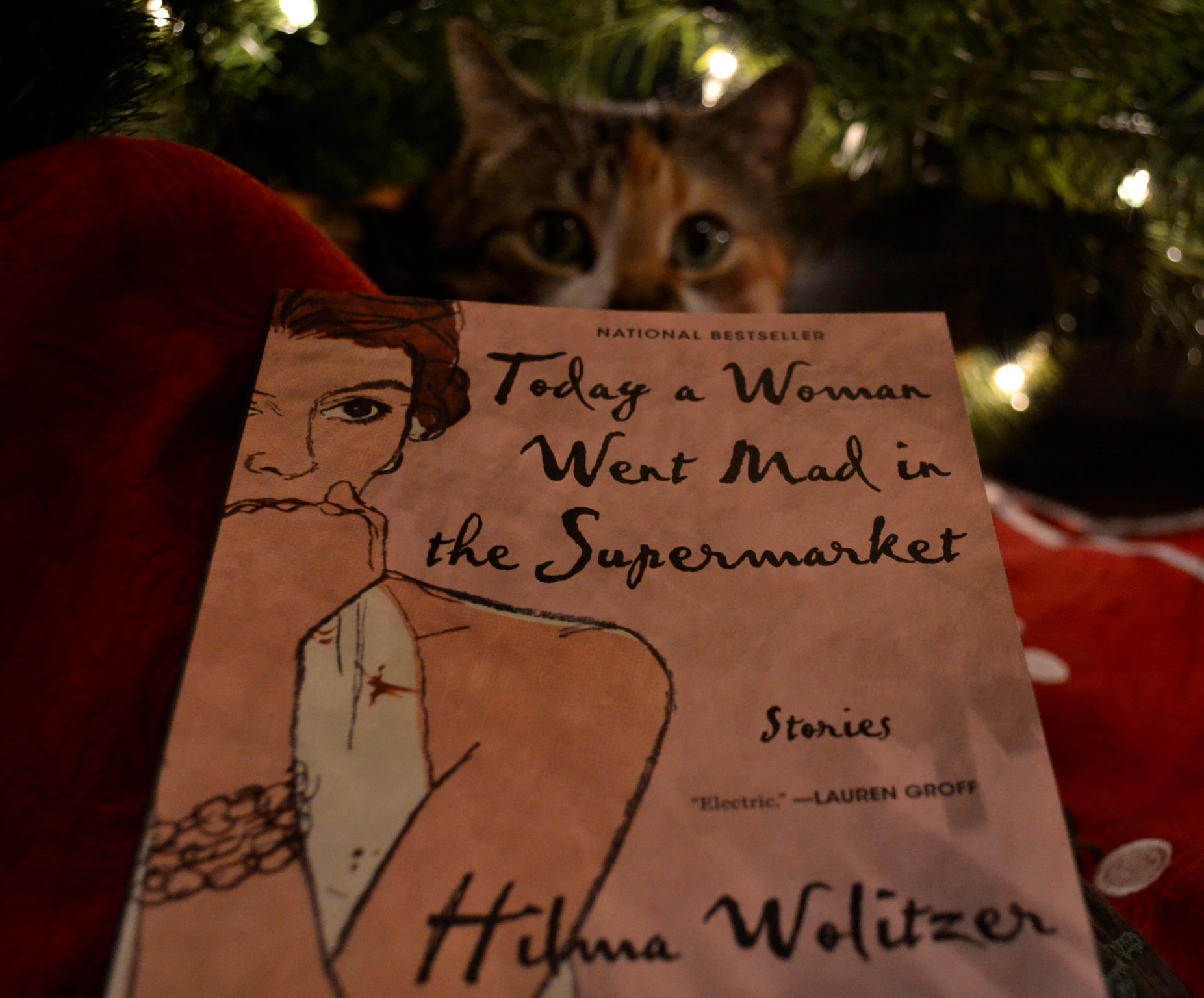 Straight Out of a Holiday Special

So, I think I read this week that about ninety percent of the country was expecting a white Christmas, which seemed a bit like a fairy tale all on its own. Then you add in the winter storm over Christmas Eve and Christmas Day and that just adds a bit more magic — as long as you’re not travelling of course. It reminds me of the opening of Rudolph the Red-nosed Reindeer from Rankin Bass. It also reminds me of the Winter Warlock scenes from Santa Claus is Coming to Town.

Magic aside, as an adult I know that there’s a lot of non-magical realities of bad weather on one of the biggest holidays of the year. I feel awful for all of the people who couldn’t make it home and all of the victims of the accidents that always accompany ice, snow, and then more ice and then more snow. It reminds me of how lucky I am to be celebrating at home and makes me hold my lovely spouse a little tighter.

Yet Another Short Story Collection

My review this week is of another short story collection (this time sans novella). Hilma Wolitzer is the writer of many novels. Her short stories were published in many magazines in the 1960s and 1970s. She’s in her nineties and still writing, which is impressive in and of itself. Today a Woman Went Mad in the Supermarket is a book from 2022 that republishes her older work of previous decades and also includes a story from 2020.

I have mixed feelings when it comes to collections like this that include newer work, mostly because I find that usually there is not enough work included to be able to follow a writer’s evolution across time. Instead, it feels like I’m only reading half of the story. I would prefer to buy a volume of early work and a separate volume of later work — especially in this case where there is a gap between 1971 and 2020. It feels too much like short stories filled out with a bit of bonus material and I don’t need that kind of incentive to read a body of work. In Wolitzer’s case, it provides a topical coda for the recurring characters of earlier stories. The story in and of itself is good and quite moving but, as an ending, it feels dissonant.

All the same, I would still call this collection a good one. I just would be prepared to treat the final story as a separate entity.

The stories in Today a Woman Went Mad in the Supermarket are about women and focus on the domestic sphere — relationships, child rearing, the family unit in an urban setting and at a specific moment in time. The narratives are valuable as a window into what daily life and what common ideas and customs were in the 1960s and 1970s.

However, as much as these stories are focussed on women, they still remain very centred on men. Women thinking about men. Women talking about men. Women defining themselves by how men treat them. While this is part of Wolitzer’s statement about domestic and gender politics, I think there’s too much of an emphasis on it to declare that these stories are truly feminist. I know it’s a bit of a murky area and there are those that would disagree with me (and are, of course, completely entitled to), but for me, there were several points where I nearly stopped reading because I was getting bored of the lack of agency and more of the same. I say this though I am familiar with literature of the time and was prepared for what content to expect.

What I enjoyed most about reading Wolitzer’s work was her complete mastery of the very short, short story. Some of the narratives included in the collection are only two or three pages long, but the economy of words, sentences, and phrases make that an asset instead of a shortcoming. It takes a lot of thought and skill to pull off that kind of complexity, and I always appreciate it when I find an author is up to the task.

Remember the old adage, ‘brevity is the soul of wit’? Well, it’s very true most of the time and Wolitzer definitely knows this.

Back to Normal Life

As the holidays end, it’s always a little bit sad. There have been lots of feasts and there have been lots of special songs, special days, special activities, and time off of work. It’s hard to say goodbye to all of that and put your nose back to the grindstone. On the other hand, I welcome a return to the calm routines of normal day-to-non-special-day existence.

Just looking at our December calendar has been stressing me out, so January looks oh-so-pleasantly empty at this point.