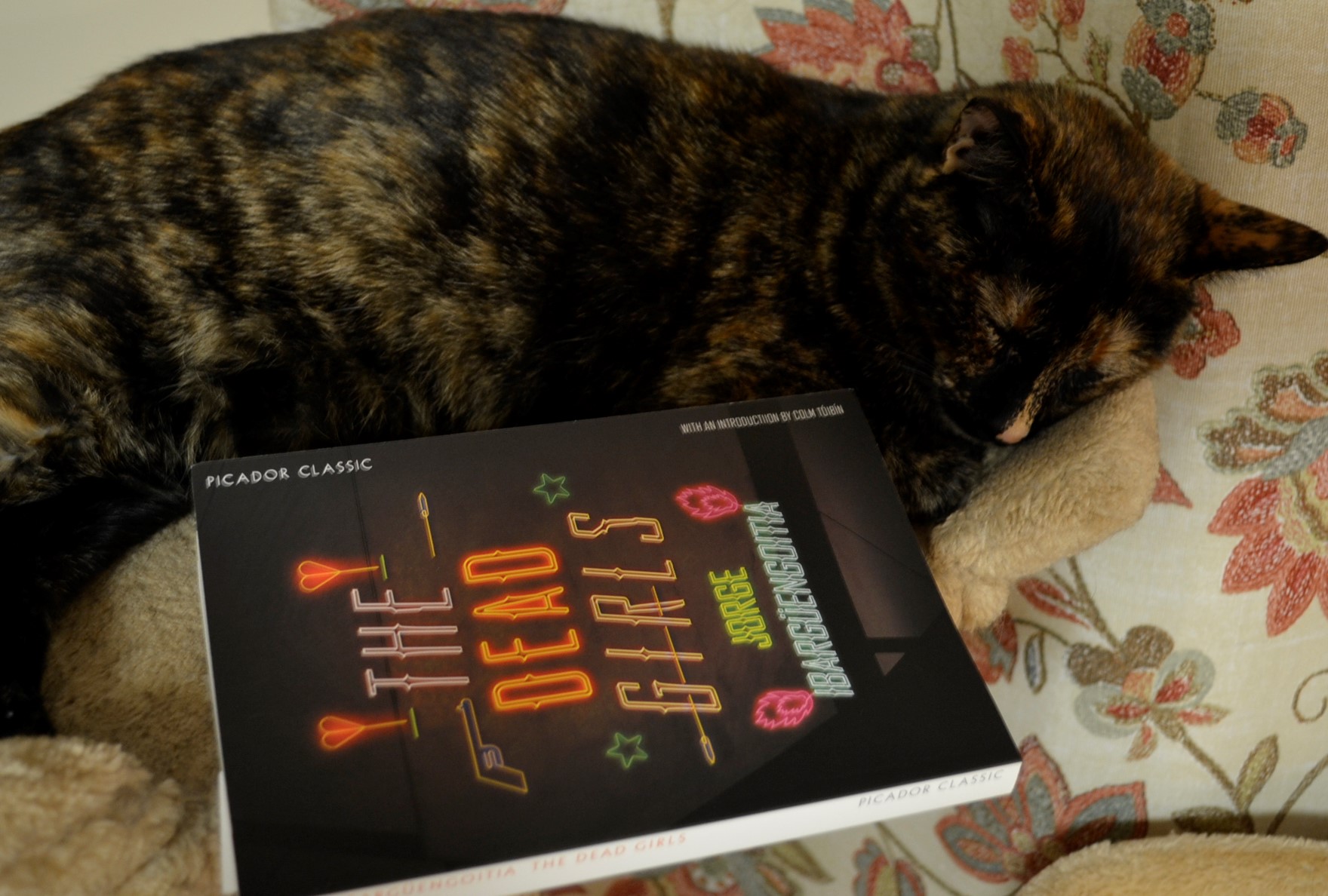 A Detour into Mexico and a Bit of Noir

I’m going to go right ahead and admit that the last two stops of the literary road trip I first embarked on six weeks ago were a bit lengthy to be completed in my original timeline. An avalanche of extra work and a bunch of necessary yard work didn’t really help the situation any. So, instead of rushing, I’m going to go ahead and take a bit of a breather for a week or two. The timing is perfect because I find that TCM is doing a Friday night feature on Neo Noir for the month of July. I have quite a few short and darker books in my stacks that fit the general atmosphere. I’ll call this a little crime and mystery detour.

Though I read literature voraciously, I also read the occasional genre book and non-fiction work. Genre for me might have a bit less complexity than I’m used to, but sometimes it’s nice to give my brain a bit of a break and just enjoy a good piece of entertaining fiction.

It’s All in the Style

What drew me to Jorge Ibargüengoitia’s The Dead Girls (Las Muertas) initially was the simple fact that my local independent bookstore had it in stock and it was a mystery published in the late 1970s that was dubbed a classic. What kept me reading was the style that the book was written in. Instead of choosing to follow one perspective throughout the novel’s events, Ibargüengoitia has chosen to write the book in the style of a police file. There are sections that read like testimony, others that read like reports. The resultant impression is that you are reading an objective reporting of the case after the discovery of the crime and the completed investigation.

It reminded me a lot of Forensic Files actually. The tone is so similar and so compelling, that it’s hard to put down the book — but, thankfully, you can finish it in the course of a long afternoon or evening. I will say that, though I really like this style, it’s not really for the traditional mystery fan. There’s not a mystery to be solved here. This is a more like a written-out crime documentary than anything that I could compare to Christie. It’s firmly a crime novel and, therefore, it’s more for fans of crime fiction.

The true crime case that the book dramatizes is that of Delfina and María De Jesús González who, with the help of their two sisters, killed at least 91 people (if not more) while they were operating a series of brothels. The Guinness Book of World Records cites them as being the ‘most prolific murder partnership’[1] and their crimes have inspired not just this book but also a film: Las Poquianchis from 1976.

That being said The Dead Girls does not cover all of the sisters’ crimes or detail most of them. It’s a novel that borrows from the case without being very true to it. It turns the true crime into a short, digestible novel that entertains and the reader should be aware before beginning it that it is primarily fiction. The names have been changed, and the whole story is definitely not being told.

However, that doesn’t mean that the writing isn’t skillful or that I didn’t highly enjoy this novel. If you’re interested in more information about the actual case there are always resources to find out more about it. All you have to do is look.

This novel does involve sexual violence as well as other kinds of violence and, though the crimes are heavily detailed, the author still doesn’t mince words. The economy of words and details in this style of writing make the content stand out in a way that’s stark, shocking, and perfect for the type of novel this is.

However, I think a word of warning is necessary for those that are triggered by this content.

From the Past to the Future

In the last week, we’ve made several trips to the bookstore to try to combat the rollercoaster of work and stress and to provide me with a bit of a distraction. I decided that it was time for me to try a few new fiction books. My lovely spouse used to work for a publisher and we like to stay current with literary trends even if my primary interest is in the literature of the past. I’m excited to get started reading some of them.

I’m also excited to read all of the titles I just acquired of the Otto Penzler series of reprinted classic American mystery novels. Perhaps one of them will be my review next week. I’m just going to keep reading and see where it takes me.