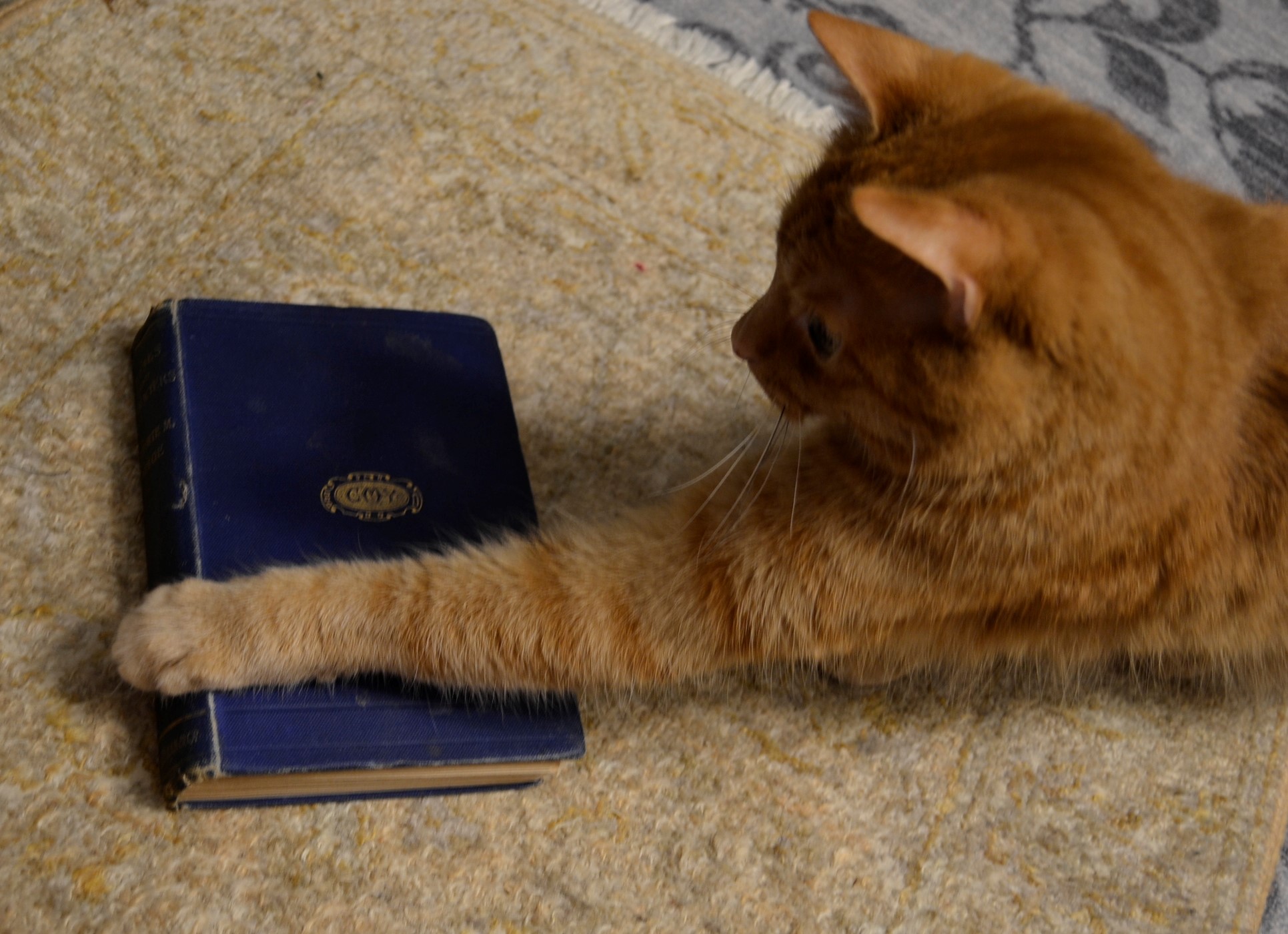 When Errands Get You Down

When you’re busy at work, it tends to spill over into your entire life. So much time gets swallowed up by work that every other task that would normally be fine, even if it may be a bit annoying becomes somehow completely odious. I may not love going to get groceries or mowing the lawn normally, but on weeks like the one gone by, I have an absolute ire for them. It all seems so overwhelming and like it’s eating few precious minutes we have for ourselves and the things we actually enjoy doing.

Then when you have entire days of errands that makes the feeling even worse. We had a mix of work days and errand days this week and not a lot of reading days or calm days. I’m hoping that changes soon as work calms down and we slowly make our way through the fall chore checklist.

When I did have time to read I reached for novels that I thought would be calming and engaging. A dash of escapism with some fireplace cosiness.

Lots of Characters, Maybe Not a Lot of Scenes

What drew me to Charlotte M Yonge’s writing at this particular time was a promise of cosiness. A lot of her novels, and specifically Scenes and Characters which I’m reviewing here, focus on domestic life. Simple dramas that focus on family dynamics, psychologies, growing up, and village life in the Victorian era. Specifically, Scenes and Characters (also called Eighteen Months at Beechcroft) follows the Mohun family. The main character is supposedly Lilias Mohun who is an older teenager, but really the narrative is focussed on all of the siblings and there are many of them.

Over eighteen months the siblings navigate small town life as the children of the squire. They are still adjusting to the loss of their mother and the recent marriage of their elder sister who used to run the house but has now left it. Yonge is right to refer to the book as a collection of scenes because that is what it most closely resembles. There are several plot threads but none of them are really concluded in a definitive way and some are left frustratingly unfinished.

It’s a novel that’s a pleasant read and provides a bit of historical escapism. The structure is a bit odd and the settings are more than a bit limited so don’t expect heavily layered, intricate literature. Just enjoy a happy little read in front of an imaginary hearth.

I was gifted Charlotte M Yonge’s writing, not so much because of her writing in and of itself, but because she had such a presence for other writers. The list of them is long — from Lewis Carroll and George Eliot to Graham Greene and Anthony Trollope. She was thought of so highly among her contemporaries.

Her writing evokes the feeling of a snapshot. It’s a moment of history captured in text. It brings the reader back in time in a very unique way and, if you are at all interested in studying the time this was written in, Yonge’s books are an important resource. That being said, it’s important to note that her work is a snapshot in a subjective sense, not an objective one. There’s definitely some idealization and old ideas mixed into the narrative that I’ll talk more about in the next section.

Victorian Domestic Life in all its Frustrating Glory

Victorian life comes with a lot of Victorian sexism. I think that’s a pretty obvious and glaring fact, and the reader doesn’t have to read many pages before they run right up against it. Part of Yonge’s objective was to instruct youth is how to become adults — and that means there is a lot of religion mentioned here. There is also a lot of pressure for women to conform to gender norms and roles.

Mr Mohun is an absent father who doesn’t take much responsibility in running the household even though he is the adult. Instead, that’s the girls’ job. The boys? They get to basically do whatever they want, from leaving gun powder around the schoolroom to treating their sisters terribly. The gun powder incident is particularly frustrating since Maurice Mohun is the one that procures it and leaves it all over the place — yet escapes all the blame when his younger sister Ada sets it off. Mr Mohun is responsible for none of the children’s behaviour. When Emily Mohun (one of the older daughters) neglects them, he doesn’t step in for over a year.

Children raise children and it is seen as normal — as it would have been in the 1850s. Also, the little girls are told to be quiet while the boys are allowed to be loud, to be irresponsible, and to get into any kind of trouble there is to get into.

So, while Yonge was influential to a lot of writers, I wonder really what her legacy truly was to girls growing up at this time. She helped to enforce a lot of ideas that were contradictory, sexist, and just plain cruel. While I can appreciate the story and the time in which it was written, I can’t help but think of what kind of damage was done to so many people. And while I recommend these books as interesting studies for scholars, it needs to be made clear that no child should read them — even if that is the audience they were initially intended for.

The things about errands is that they never really stop. There is no end point to the pile of laundry — it just reappears with a slightly different composition a week later. That used to really be a trigger for my depression. When chores felt like they would never stop. I find it really helps me if I turn it into a meditative task. I often fold the laundry and while I’m doing it try to attach a memory to every piece of clothing — like sorting through happy memories.

If I don’t have the energy for that, then I usually put on a movie or TCM and just fold clothes while I watch. That way my brain is distracted, and I don’t ruminate on how long the chores are taking and what I have to do next.

Errands can feel worse than they are, but it’s important to take a breath and calm down. It helps a lot more than it seems to when you just read about it.