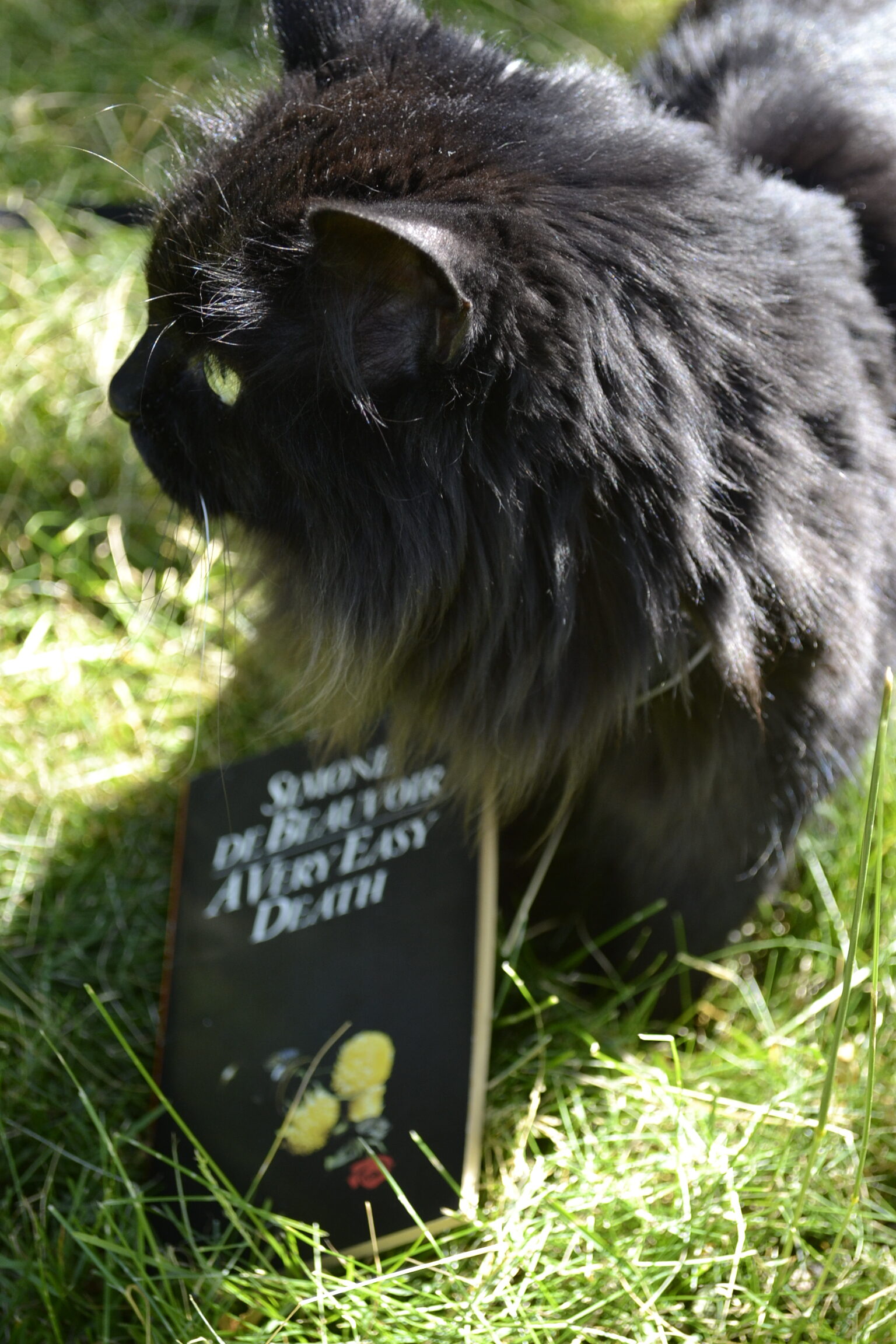 As the weather settles into a humid heat that has me desperately seeking more time indoors in the central air, I find that my mood is starting to get worse. Some of it has been because we’ve been inescapably busy for the last few weeks, but most of it is because of last August when my grandmother passed away.

It’s a season where people are celebrating and visiting and having events and I find myself hanging back. I wrote about the after effects of two years of pandemic, and that’s definitely a lot of the reason I find myself reticent. But as I further examine how I feel, I realize that I’m also still grieving. I didn’t have a lot of family to start with, but now I find that there’s only myself and my mother left. That three people raised me and two of them — my grandparents — are gone. And that means the stories we shared are gone and the keepers of a lot of my childhood places are gone.

I miss my grandparents (who I consider to be my parents too) deeply and painfully, and sometimes that makes every family gathering difficult. Because my mind constantly thinks of the apartment I can never go back to and the people that I’ll never see or hear again.

It isn’t anyone’s fault, but it’s hard to deal with these feelings, especially when going to events that are supposed to be happy. It feels like I can’t put on the face that I’m supposed to. I can’t will myself to be happy and, in the moment, and I feel awful for that. But I know that my feelings are valid, and I have to accept them. It’s okay to grieve, and no one can tell you just how long you will grieve or the shape it will take.

The Process of Dying

Simone de Beauvoir’s A Very Easy Death (Une mort très douce) is a small book that is still very heavy, chronicling her mother’s final days as she succumbs to cancer. De Beauvoir relentlessly and painstakingly describes her mother’s mental state, every aspect of her physical death, and her own thoughts and feelings in a way that may come across as brutal, cold, and distant to some. However, if you read between the lines, de Beauvoir’s grief is clear and compelling.

It is during her mother’s death that she is ultimately coming to grips with who her mother was and the role she played in her life. She’s also examining who she is herself, and questioning decisions that happen at the end of life as well as the process of dying. What constitutes an easy death? Or a difficult one? Though her mother’s death was considered ‘easy’ by doctors, it still involved pain, suffering, and turmoil.  De Beauvoir examines the attitudes surrounding death, medical care, and caregiving as well comparing the techniques of doctors, surgeons, and general hospital culture and procedures.

The book might be short, but there is a lot packed into it that the reader chews on for some time. I will warn that there are extensive and graphic descriptions of the realities of a dying body — which can be uncomfortable for some. It isn’t gratuitous, but if this content bothers you, this book is best avoided.

The most compelling part of A Very Easy Death for me was de Beauvoir’s examination of the often tumultuous connection she had to her mother. They were very different people who led very different lives. De Beauvoir describes her mother as being hard to understand and hard to talk to because they were so far apart intellectually, psychologically, and culturally. She wants to say that in the end these things didn’t matter, but cannot actually do so.

Though, her mother’s death does still shake her — and that seems counterintuitive when they were basically emotionally estranged. Perhaps because her mother was a such a touchstone in the sense that, though de Beauvoir wasn’t close to her, she always saw her as being there, as being part of her life even on the borders of it.

In my grandmother’s final few years, we often didn’t agree. We argued. We grew a bit awkward due to physical and emotional distance, as I struggled to regain some footing on my mental health and build a life I felt was my own. However, that doesn’t stop me from feeling her absence. That doesn’t stop me from mourning. In de Beauvoir’s memoir, there’s ultimately a sense that grief transcends even the frayed edges of familial ties.

It’s natural to compare this book with Adieux: A Farewell to Sartre (La Cérémonie des adieux) published in 1981 which documents the final years of Jean Paul Sartre’s life. The memoirs are very different, even if they are each documenting the end of a life. Adieux focusses a lot on Sartre’s political activism, publications, talks, and intellectual life with information about his illness and physical limitations put in around these events. It’s not less honest and it doesn’t pull punches, but the effect of the overwhelming minutiae of his politics softens Sartre’s decline. In a way, it’s like it takes the focus off of his death whereas A Very Easy Death completely centres around de Beauvoir’s mother’s death. The reader can feel the lack of intellectual life and pursuits — and that seemingly is a statement in and of itself. Mortality and the knowledge of it can be softened by intellectual and artistic pursuits — by meditating on it and processing it.

However, I would remind the reader that these two books were published and written nearly twenty years apart. Comparison is great, but it’s always important to keep context in mind. Sartre and her mother formed very different pieces of de Beauvoir’s life and existed in very different roles. For both of them to be treated the same way, even in writing style, would be odd.

There’s a lot of pressure to be okay, but that doesn’t mean you are okay. It’s a lesson I still haven’t completely learned. It’s even more difficult to take the space to deal with a grief that some may see as ‘not fresh enough’. But there’s no expiry date on your feelings and grief can be a years or decades long process.

Take the time you need. Take the space you need. Don’t apologize for it.