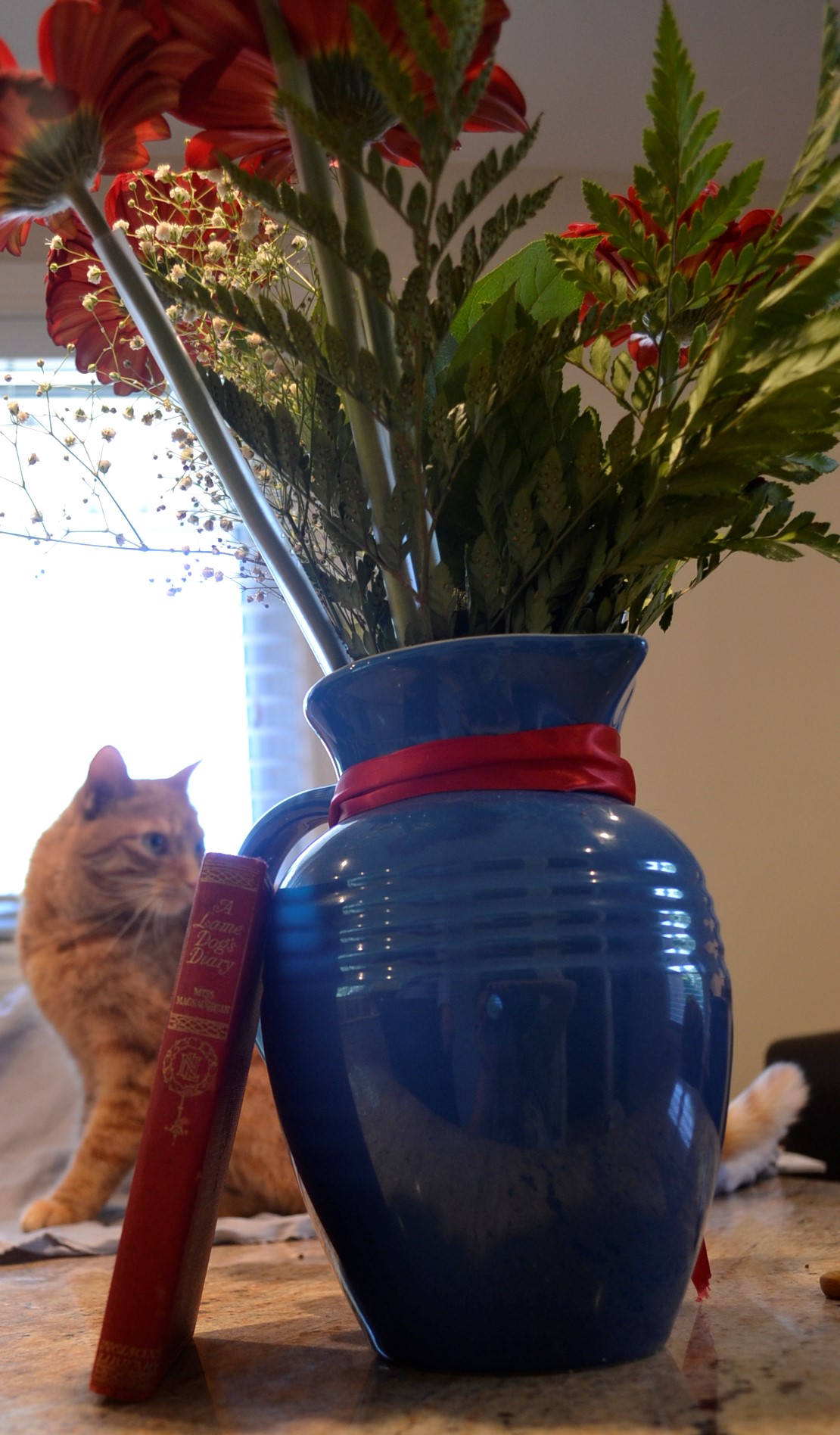 One of Those Weeks

It’s always a little bit extra disheartening when you look at a mostly empty weekly planner, you say to yourself that it’s going to be a refreshingly calm seven days, and then somehow it turns into one of the most stressful weeks you’ve experienced in the last month.

Between house repairs, a medical appointment, and errands that kept popping up and urgently nagging, the time we spent not working was spent trying to keep ahead of the tidal wave of chores. It’s during these weeks that I miss out on one of the activities that is so essential to my daily calm.

However, even if I don’t have all of the time I would like, I still have some. When I’m busy I especially appreciate short reads, and I have a particular fondness for a narrative that can take me out of the flow of modern life and into a setting that is its inherent opposite — like a sleepy village in the English countryside.

Anatomy of a Very Small Town

Sarah Macnaughtan’s A Lame Dog’s Diary is in essence a book about life in a small town called Stowel. The novel’s narrator, Hugo, has returned from military service after having a leg amputated and is living with his sister and trying to cope with both his injury and how it has fundamentally changed both himself and how he interacts with the world around him.

The novel proceeds almost in a series of social events and vignettes that illustrate the characters in the village and their idiosyncrasies. Macnaughtan has a gift for a charming sort of quaintness that keeps the reader both interested and provides a cozy picture of the village of Stowel where everyone knows everyone and talks about every little thing that happens from the way an invitation to tea was sent to starting a Reading Society to Maud Jamieson’s latest rejected suitor.

I’ve always had a bit of a soft spot for books that could present this kind of image of the past, and bring it to life. Yes, there’s definitely idealization here, but there’s also a kind of story telling aspect that makes the reader feel an impossible nostalgia. Like you’re getting a comforting feeling for a past that never really was and isn’t your past or even that of your grandparents. It has the warmth of passed-down memories and a longing for another time long gone, through the recounting of tea parties, weddings, and afternoons spent chatting with friends that are no longer just next door. However, in the confines of the story, they exist unchanged forever.

However, that feeling of nostalgia should always be tempered with the knowledge that this is definitely a work of fiction and is not fully representative of reality. It is a novel from 1905 and, as such, suffers from very 1905 ideas. There are outdated clichés, and tropes, and also a few opinions about marriage that Macnaughtan is pointing out as horrible, but that doesn’t make them any easier to read.

The ‘lame dog’ of the title is how the main character refers to himself. Throughout the novel, Macnaughtan explores not only the effect of injury, illness, and disability on Hugo, but also how his illness and amputation changes the way others treat him. Though he’s a young man, Hugo is suddenly treated nearly as if he is an ‘old maid’. Almost as if his status as an invalid and an amputee have an impact on his gender according to society.

Hugo also has to suffer the well-meaning but often exasperating attentions of his sister and the thoughtless actions that add to the pain he feels already and the depression he’s struggling with. Hugo has a hard time confronting the hushed voices discussing his lost leg, his injuries, and the fatigue he is unused to feeling. He is frustrated and angry with his new reality and with the world that he seems to no longer fit into as he once did.

Macnaughtan frankly delves into many issues that for 1905 would be decidedly pushing the envelope. Through the lives of the Jamieson sisters she examines the state of women’s rights as well as women’s education, tackling historical ideas of gender and the role of women in society. She examines how unfairly unmarried women were often treated.

Between that and the themes of how invalids were treated, Macnaughtan truly was ahead of her time. I actually found this book in a used bookstore’s bargain bin and as such I wasn’t expecting much. But I was surprised both by the quality of the writing and the insight of this novel, especially considering when it was written.

Sarah Broom Macnaughtan was a writer who travelled extensively and wrote about a wide range of topics including the plight of Armenian refugees during the Armenian Genocide. She volunteered with the Red Cross Society, performed social services for the poor, opened soup kitchens, and participated in the women’s suffrage movement. There’s a street named after her in the city of Toronto.

I can’t believe how little information I found about this author and her work considering just how much she accomplished. Her novels are hard to come by and I can only hope that someday I’ll just happen to find another one. I’m disappointed that Macnaughtan’s books are largely lost to time because she has a rare gift for incorporating an important message into her work with effortless ease that harmonizes it seamlessly with the cosiness of the tone of the narrative.

One of Those Days

Often after a week like the one we’ve had, my lovely spouse takes a look at her schedule and the hours she’s put in and decides that we’re going to take a weekday off. Part of the joys of freelance work is that you’re able to do that — it helps balance out all of those long nights and being chained to your email more days than not.

On those days off we usually check for emails a minimum amount of times, drink an extra cup of tea and make sure to watch an extra movie or two on Turner Classic Movies. We sit on the couch, read, and just try our best to relax.